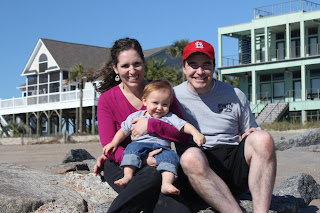 We had an extra special Thanksgiving this year.  My in-laws had their beach house for Thanksgiving week, so we rented an extra house and everyone met up at the beach.  It was the first time Philip saw most of his cousins, aunts, and uncles since last Christmas when he was only five months old.  All of his cousins grew so much in the past year! 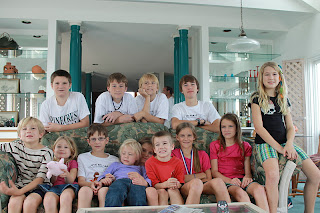 Philip has 20 cousins and two second cousins...this is just a "few" of them.

Even though he was a bit apprehensive at first, he warmed up pretty quickly.  He somehow knew that this was family.  On our first night, he was running in circles around the living room, arms stretched over his head, shrieking in excitement.

Once again, Philip loved the beach. When we came over the summer he was barely walking, but now he is pretty steady on his feet, so there were many adventures to be had. 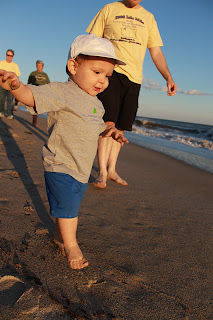 Leader of the pack

The first day was so warm and he went straight to the water (he avoided it this summer).  He had a blast jumping the waves and splashing in a kiddie "pool" that his cousins dug for him. Afterwards, he had the pruniest feet I have ever seen. 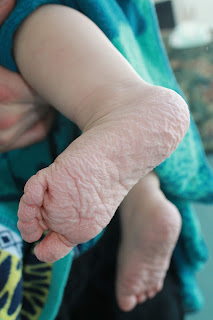 Even though I checked the weather beforehand and knew we would be spending a lot of time on the beach, I had a hard time wrapping my mind around the idea that we wouldn't need winter clothes.  I had to run out to the gift shops to pick up clothes, a hat, a towel, and sunblock - whoops! 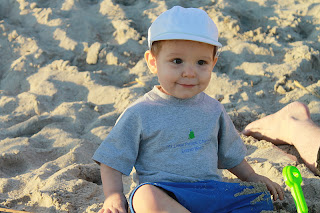 
Andy picked up a couple shells and gave them to Philip who brought them up to show me. When Andy gave him a stick, he threw it down on the ground. Sticks aren't for girls! 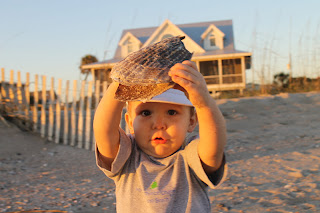 On Thanksgiving we took part in a family tradition - the annual Isle Mile.  It is actually a series of events including a Kid's 1/4 Mile, a Fun Run/Walk, and then the main event in which Andy and his siblings are required to participate and others are welcome to join.  The same brother wins every year and he makes sure to keep the tradition going. 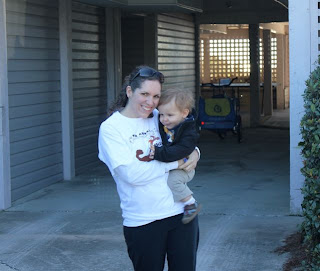 Philip and I getting ready for the kid's race 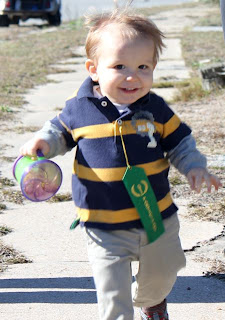 All the kids get a ribbon for participating 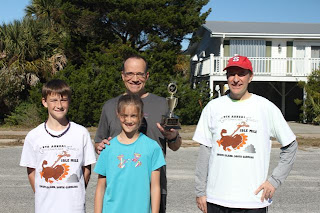 The top three winners of the Isle Mile, plus the winner of the Fun Run.
Yes, we have a trophy and t-shirts just for this event. 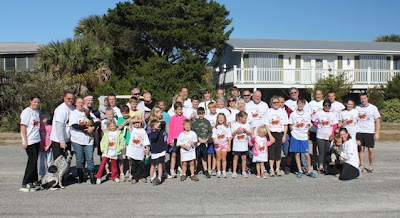 The whole family - can you find us?

This was the first year Philip ate Thanksgiving dinner. He had stuffing, mashed potatoes, sweet potatoes, and cranberry sauce. 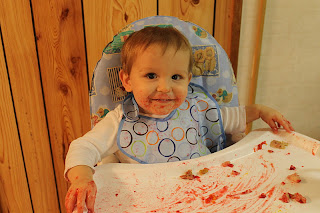 The cranberry sauce was his favorite (other than dessert) 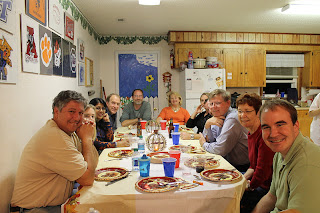 The big kids table at our house.
We got together with the other half of the family for dessert.

Philip has turned into a big food moocher.  Even though he is shy around adults, he wasn't too scared to beg for food or to be taken out to the beach on this trip. 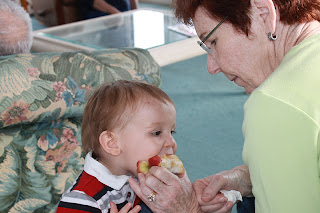 He walked right up and took a bite out of an apple my Mom was eating.  He polished the rest of it off.  First time he ate apple off the core.

The last couple of nights Philip cast off his shy tendencies and became the life of the party.  He had us all cracking up. 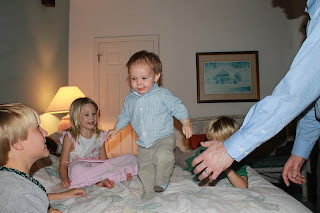 Jumping on Grandma and Grandpa's bed


The lighting is bad, but you get the idea of Philip's state of mind


Before leaving we spent one last hour on the beach. Philip wanted to get his feet wet again. 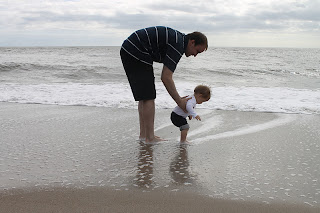 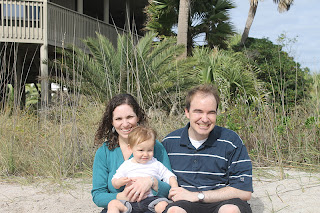 He was so happy to play with the sea sticks - we went on an expedition with this walking stick. 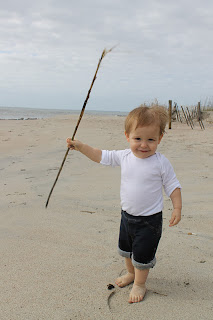 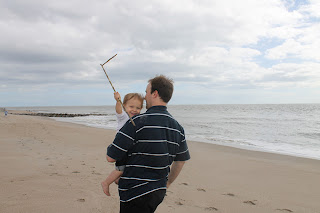 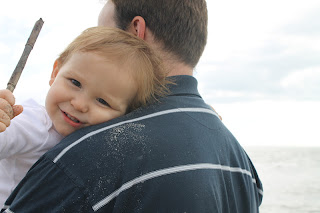 Then he learned how fun it is to break sticks. 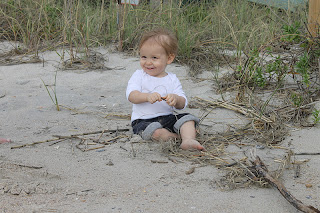 He was so proud of himself! 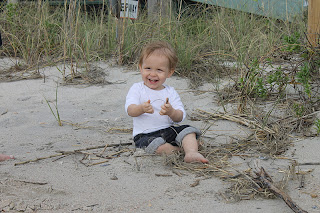 If you haven't seen enough pictures yet, here are some more favorites. 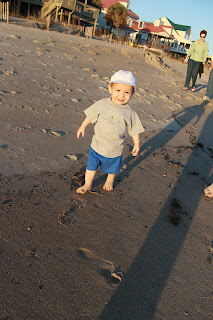 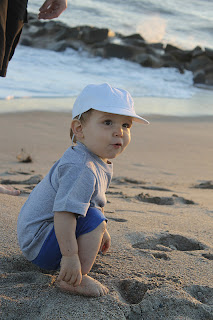 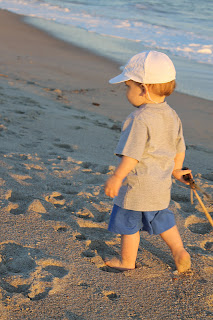 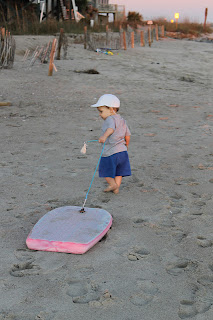 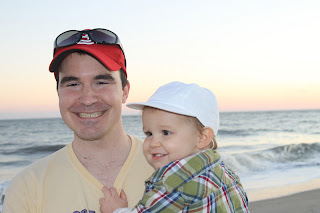 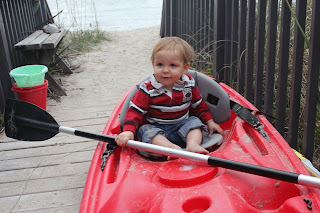