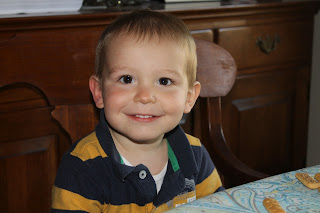 Philip is coming dangerously close to being a two year old! 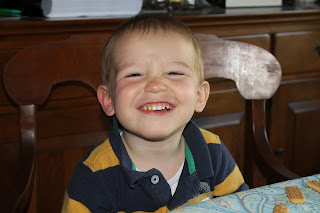 You can tell that he started really cheesing it up for the camera this month!

The "language explosion" has started.  He is picking up new words pretty quickly now.  He mainly repeats words when we ask him to, but there are some words that he will say spontaneously.  Philip has started counting a lot, too.  He can mainly say "two" and "three," but you can tell he is counting before and after those words. We can also recognize the melodies of some of the songs that he sings, even though he mainly makes up his own words. 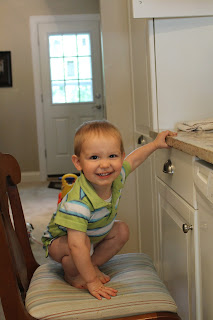 He holds my hand and wants to take me with him anywhere he goes.  Even though this can sometimes be exhausting, I am trying to enjoy this while I have it, because I know one day he will want some distance from me.  He loves trucks and points them out anytime we see one go by on the street.  He also waves to the trucks and strangers, too. 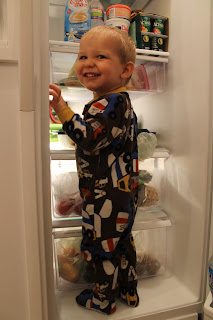 This little guy loves to eat!  It seems like he is always scrounging for something.

When he is mad at me, he will either splash in the cat's water (usually happens when I bring him inside before he is ready), or climb on the table.  He's even managed to stand up on the table once or twice. 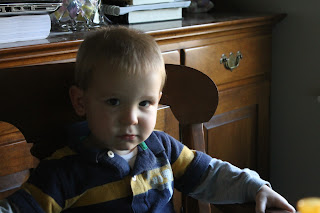 Apparently most of my pictures this month involve food.  Here are some cute ones! 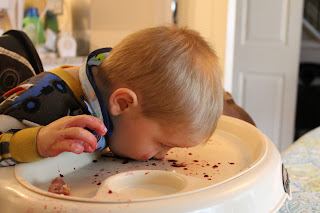 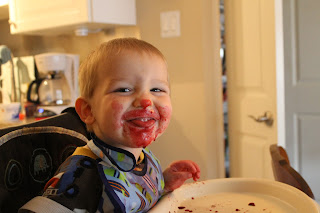 Who needs hands or forks? 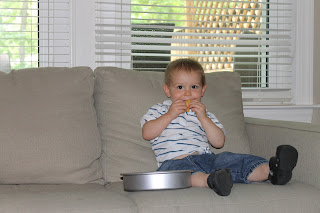 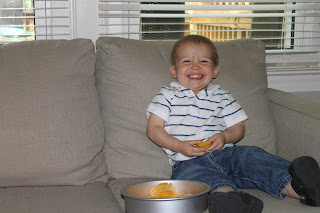 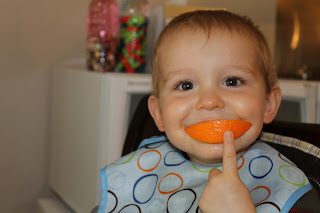 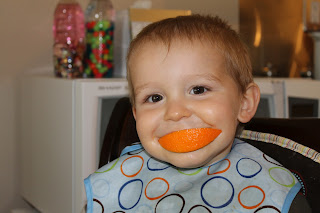 He loves making silly faces with orange slices.  Can you tell he likes fruit?
Posted by Joy Complete at 4:58 PM