Philip is now two and a half and talking up a storm.  We love to hear him repeat us and also come up with new expressions and ways of relating.  Here are some of his latest antics. 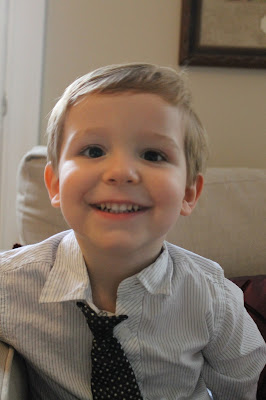 When Andy put him in the car one day, he told Philip to duck his head.  After getting into the seat without any bumps Philip said, "That was a close one!" 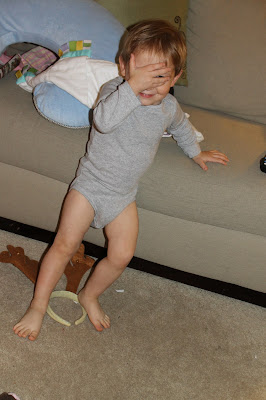 His reaction to the flash on my camera recently
.
When he is excited about something he will yell out, "Whoopee!  Hoo hoo!" 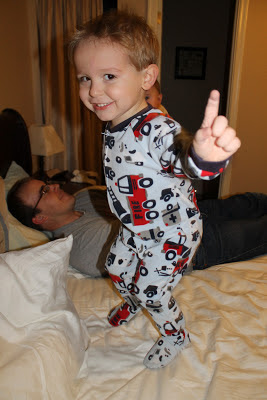 Jumping on the bed is a favorite pastime

We regularly pass a couple of these blow up guys and he has taken a liking to them.  One day when we were passing one he asked me what it was.  Slightly distracted and at a loss for what exactly to call it, I said, "Uh, it's a guy..."  So now he calls them guys and will tell us, when "the guy" is out. (In case you were wondering, they are called inflatable air dancers.) 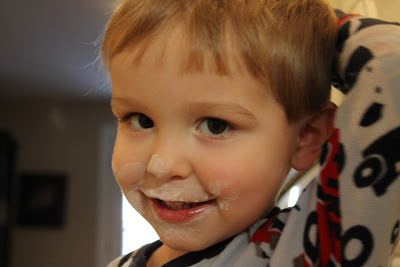 If he sees something that he wants, he will say, "I'll have that."  I love how certain he is that he will get whatever it is his heart desires.  He will also qualify, "I'll have a bunch."  One day he ate a plate full of blueberries and asked for a bunch more.  When I brought him back a small handful of berries he threw a fit that he didn't get a bunch. Another day I negotiated with him that if he ate one bite of his sandwich I would give him a chip. When he took a bite and was paid back with only one chip he got mad.  "No, I'll have a bunch of chips!" 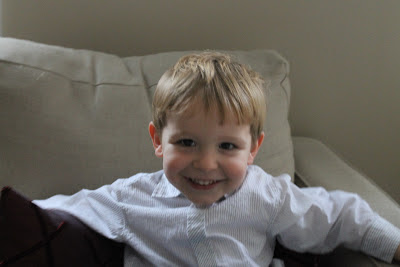 After Julia was born, Philip decided he wanted to sit in a regular chair at the table, with no booster seat.  This was fine with us until he started running off to play in the middle of a meal.  So we began teaching him how to say excuse me before leaving the table.  He is so sweet as he says, "Et Scooby!" 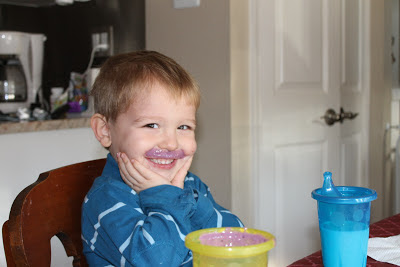 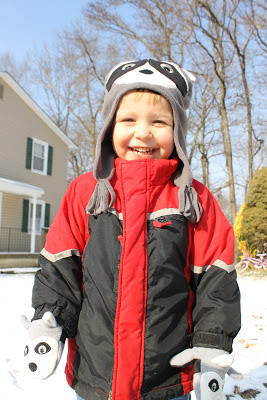 Philip is starting to get into pretend play a lot more.  I love to see his imagination grow.  His trains have advanced past just saying, "Chugga chugga choo choo!" as they run along the track.  Now they have conversations and play with each other.  His train table has scenes painted on it and Philip will take his trains for a swim at the beach where they talk about dolphins and fishies, or will work on their parking skills in the parking lot, or run figure 8's around trees. 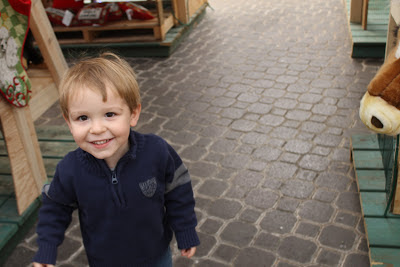 He is motivated by games now.  It no longer works for me to sing the clean up song and expect him to help clean up.  Now we have to race to see who can pick up the most cars, or clean up the fastest, or run to the car the fastest.  Whatever works! 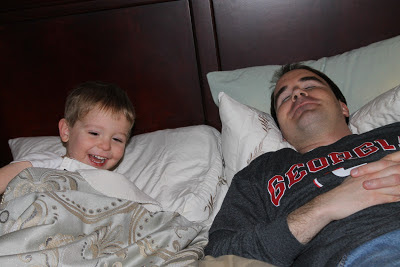 He is a Daddy's boy right now.  Anytime Andy picks up Julia he will repeat, "Julia needs Mommy" over and over and over until we relent. 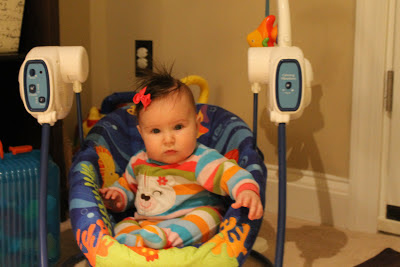 Not that I mind holding this sweet little girl.  Just wish Andy had more opportunities to!

Speaking of Daddy, Philip hates to miss Daddy in the morning.  If I go to get him out of bed on a weekday he will say hopefully, "Daddy sleeping."  I hate to burst his bubble and tell him that Andy already left for work.  One day he told me, "Daddy's hiding." We have been playing a lot of hide-and-seek recently, so I guess that is where that thought came from.  Philip will also say throughout the day, "I hear Daddy," just hoping he is home already.  I have drilled it into him that Daddy comes home after his nap, so now I will hear Philip say throughout the day, "Daddy at work.  Daddy home after nap." Yesterday I was putting Julia down for a nap and Philip was trying to fall to sleep himself.  I heard him calling out, "Hey Mommy, Daddy's home." Wishful thinking - you still have to take a nap first! 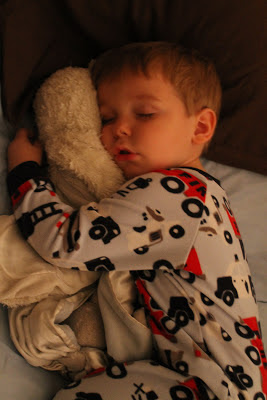