Baby P turned 2 months old this weekend.  When we were in the hospital, one of the pediatricians told us to take a picture of the baby beside a stuffed animal that is his size when we got home and then to take pictures every month to see how he has grown.  Here is the first picture we took of him.  He was 4 or 5 days old at the time. 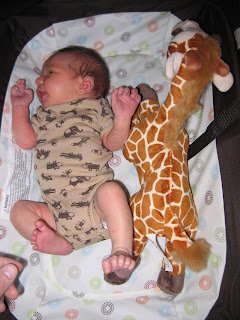 This was the babes at 1 month: 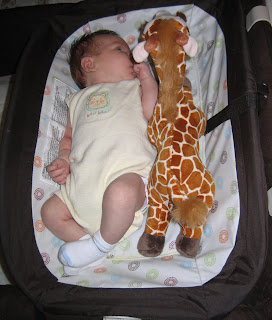 And here he is at 2 months: 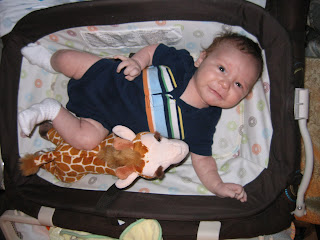 This month he officially outgrew his cousin who is two months older than him: 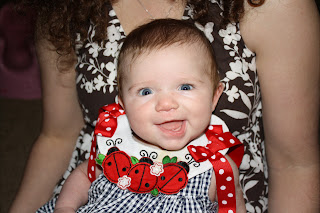 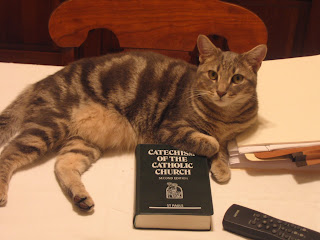 He also started to smile and coo which is the best.  He is getting better at just hanging out and looking around.
We had his 2 month appointment earlier this week and he is now 12 lb. 7 oz.  That is over 5 lbs. gained in 2 months!  The doctor is pleased.  He actually told us that when he becomes a parent he hopes he is as calm as we are!  I know it is shocking that anyone would call the two of us calm.  He said we seemed very self-assured and natural as parents and that if he were to guess, he we would say this was our third baby instead of our first.  Did I mention we love our doctor - ha ha!
I think that is about all the news from the appointment, so I'll leave you with one last picture! 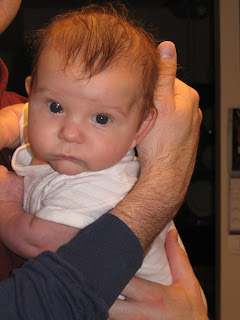