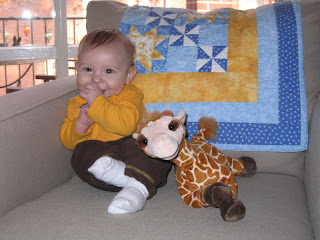 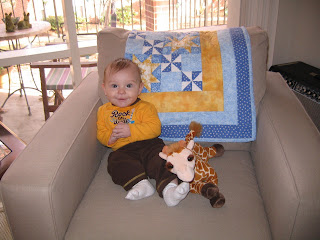 He is growing by leaps and bounds.  It is really amazing how different he is now compared to just one month ago.  Philip is starting to get more talkative.  One of his sleepy cues is that he starts babbling a lot.  He also trys to "talk out" his issues sometimes when he is upset, so instead of just crying, he will vocalize his complaints.
He is starting to grab for toys and is finally starting to enjoy some of the toys we have been giving to him for the last few months.  He is sucking on his fingers now - his favorite is his ring finger, put in his mouth upside down.  His sleep and nap schedule got more predictible last month and he is starting to go to sleep earlier at night.
At his doctor's appointment, he weighed in at 14 lbs. 12 oz.  He is in the 45th percentile for length, 50th percentile for weight, and 40th percentile for head circumference.  At his two month appointment he was 50th, 75th, 50th repectively, so he is changing a lot. Philip had already reached all of the 4 month milestones by the time of his appointment, so I guess he is working on his 5 month skills now. He is just so advaned - ha ha!
Some of this month's best shots: 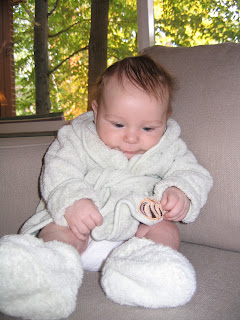 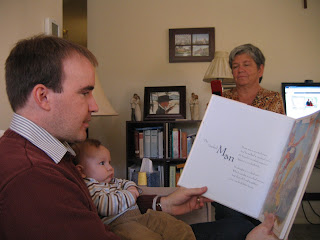 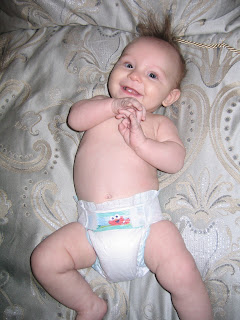 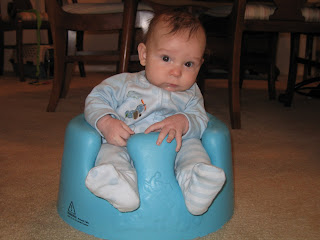 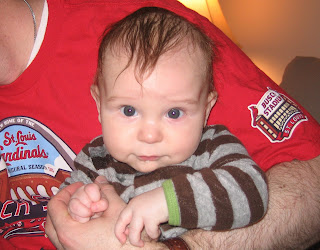 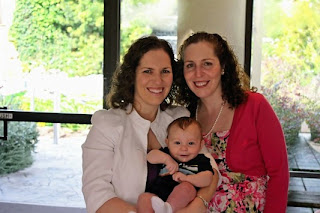 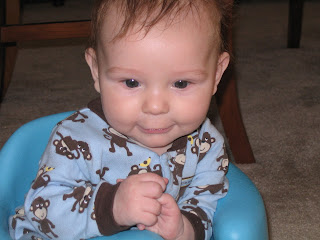