Once again, I am falling behind here, but I hope to be back up to normal postings in the next week or so.

We had a great Christmas this year.  We settled on our house on December 16 and moved that Saturday.  We then had about four days to try to get partially settled before leaving to visit family for the holidays.  It was a crazy time, but it has been so fun to set up our first house.  (A house post is coming soon.)

It was definitely different traveling with Philip. This was his first major road trip and luckily he was just starting to get better about riding in the car (he used to cry and scream when we put him in the car - even if he just saw the carseat).  We left two hours later than we had planned that Thursday and ended up in major traffic trying to get out of DC.  It was the worst traffic jam we had been in and we have been in some bad ones trying to leave the city.  It is never a good sign when you have to make your first rest stop before you even leave the metro area.  Speaking of, we learned that rest stops take a lot longer with a baby - about 45 minutes  to one hour on average.  It doesn't seem like it takes that long, but by the time you get gas, feed and change the baby, and take a break yourself, almost an hour has passed you by.

We stopped in Raleigh to spend the night with our brother and sister-in-law.  We had hoped to be there in time to eat dinner together, but instead we got there at 10:00 pm.  We didn't want to miss our sister-in-law's good cooking, so we had dinner around 10:30 that night.  This was the first time we were able to introduce Philip to my sister-in-law's mother and we were so happy that she got to see him.  The next morning, we had breakfast and enjoyed some time with the family before hitting the road again.

We arrived at my parent's house late afternoon Christmas Eve.  It was our first time bringing Philip to Grandma and Grandpa's house, and it was so much fun!  We hung out and had a nice dinner and then called it a night.  On Christmas, we went to Mass - this was the first time I've gone to Mass on Christmas day that I can remember.  Then we came home to open presents.  Philip was a great age for Christmas.  He is getting into everything, so he helped open his presents and was playing with his toys in no time.  It was also so much fun watching him explore the Christmas tree.  We had a great time with my parents and the days went by much too fast before we had to leave to visit the second set of grandparents.

We hit the road for Atlanta and had dinner that night with Andy's parents and another sister and brother-in-law.  This was the first time Philip met his aunt and uncle and the evening passed by way too quickly!  We stayed in Atlanta through New Year's and had lots of fun introducing Philip to his aunts, uncles, and cousins.  While in Atlanta, we had lunch at a brother and sister-in-law's house where we saw a slideshow of their trip to Israel, enjoyed "adult night" at another sibling's house (Philip was invited of course), had a lunch out with some family, had brunch with Andy's friends from high school, and enjoyed the traditional New Year's Eve family games night.  We were hoping to stay in town for longer so that we could visit with college friends as well, but it didn't work out this year.  Hopefully next year we will be in a better position to spend more time in Georgia over the holidays.  Amazingly, I took no pictures while in Atlanta, hence the lack of pics below.  If anyone has some, please pass them along!

On our way back home, we stopped in Raleigh again and spent the night with some friends who had just moved from Boston to North Carolina.  We had met them up here in Maryland and it was so good to have a little time to catch up with them and their beautiful/fun family.

We made it back home on January 3rd and have been busy unpacking, working, and taking care of Philip.  My parents spent a week up here helping us with the house and it was so much fun.  More details in another post.

Here are some of my favorite pictures from Christmas. 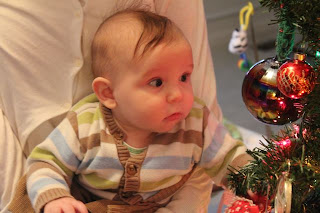 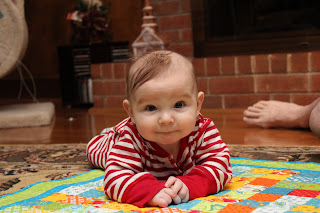 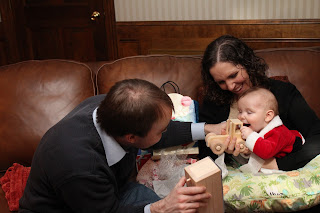 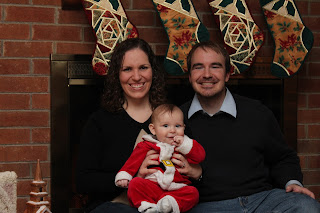 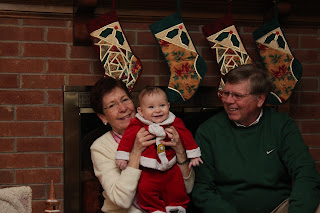 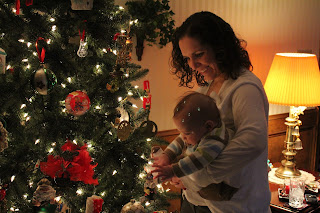 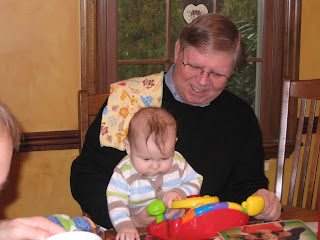 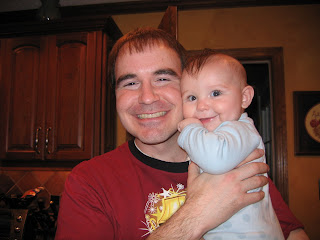