Well, it is December now, so this seems like a good time to write a roundup of October. We had some great times.

We were blessed to have my parents visit for two weekends in October. They went on a trip to New England and stopped to stay with us on the way there and back. On the first weekend we took them to the pumpkin patch. A major heat wave came through (notice Julia's outfit) and we were sweating through it, but had fun! 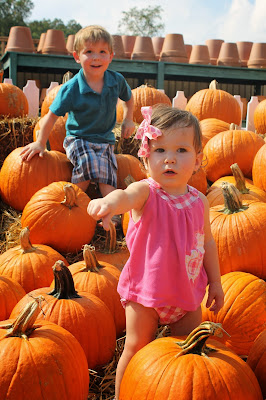 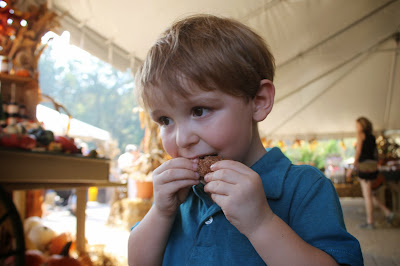 On my parent's second visit, we all participated in my friend's Run for the Little Flowers. That evening we celebrated my Dad's birthday. It was so special to be with him on his day. 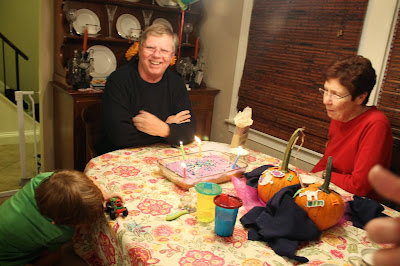 On Sunday we went to a favorite park for a picnic, merry-go-ride, mini-golfing, train ride, and playground time. 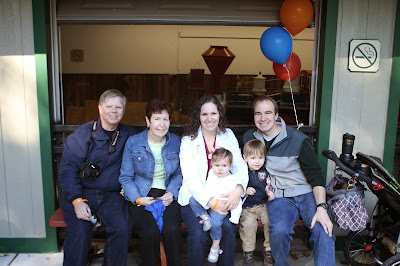 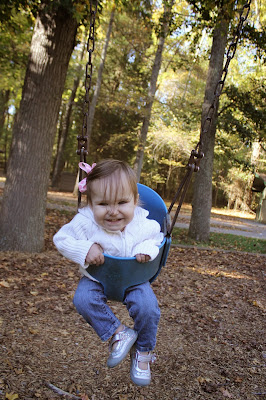 One Saturday we went to the Fire Museum of Maryland.  The kids loved it! It was amazing to see how beautiful and intricate fire engines used to be. 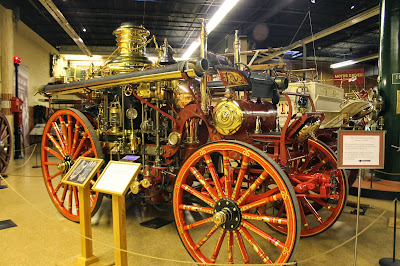 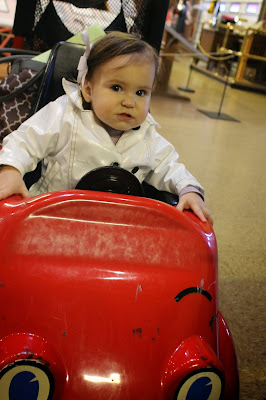 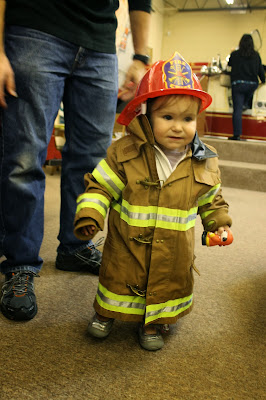 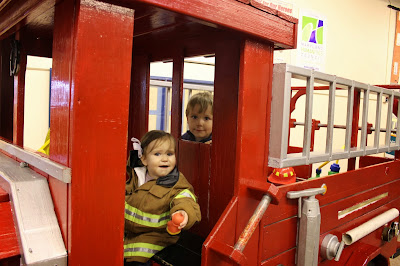 Did I mention my little girl loves French fries? If she sees them she will eat nothing else. This was the day she discovered ketchup! 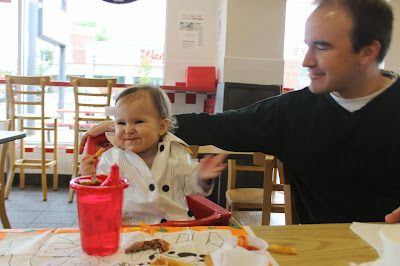 I took the kids on a field trip to a local farm. We went on a tour, hayride, and took home a baby pumpkin. 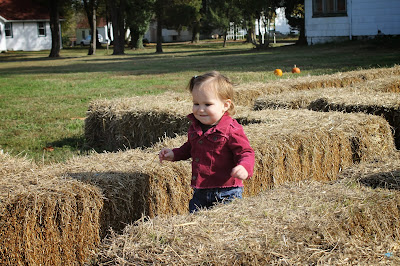 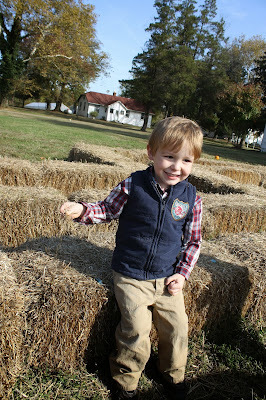 After going to Andy's guitar concert last month, I had my day when we got to see my favorite band, Need to Breathe. I always thought they would be really fun to see in concert and I was right! I only wish they had played longer - literally, they only played one hour. Who does that?

We also hosted our sister-in-law and niece for dinner one night. My niece was playing in a soccer tournament in the area and they were kind enough to make a long drive out to our house for dinner. Of course we were so busy talking, we forgot to get a picture!

We don't have Philip in preschool this year, but I thought I should start working with him on some things. He is starting to ask for more directed activities, so the timing is right. We are learning about a letter each week (okay, realistically it is a letter every two weeks or so). We are having fun checking out new stories from the library, eating foods that begin with the letter of that week, and making an alphabet book. I made a Mystery Box that I fill with items that begin with the letter of the week and try to fit in other fun activities as well. It has been fun for me and him, but definitely keeps me busy with preparations (hence the lack of blogging).

The month ended with Halloween. Philip was super excited the night we carved our pumpkin. He was insistent that we go trick-or-treating as soon as we finished carving it (two days before Halloween). 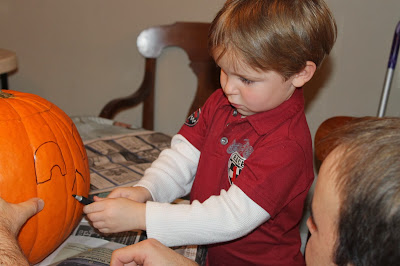 About an hour before trick-or-treating began, I picked him up from his Montessori program and he declared, "I want to be a dragon for Halloween!" On our way home he also said he wanted to be a truck, a car, a policeman, and a few other things that I can't remember. We stuck with our original plan of being a fireman. 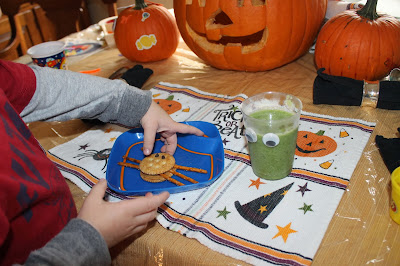 We went to five houses before Philip declared he was ready to go home. We visited a few more neighbors and then headed back. The next day he was ready to go out trick-or-treating again. It is so hard to explain to a stubborn 3-year old that Halloween is only one night per year! 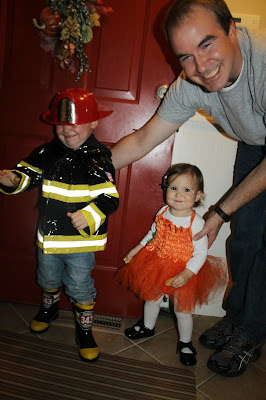 This is the best pic I got of the two kids in their costumes. Nice!
They were so excited to see all the kids coming to the door. My shy little boy even wanted to put candy in the other kid's bags by the end of the night. He's getting braver! Of course he got so brave that a couple days later he opened the door for a complete stranger when I was upstairs putting Julia down for a nap. Child-safety locks got installed on the door that night! 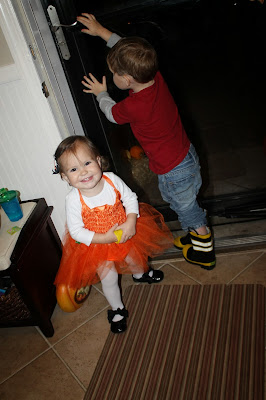 Philip's little boy energy is in full-swing now. He goes into what I call "turbo mode" often. He used to just do it in the evenings if he missed a nap, but now it can start as early as 10:00 am and it is crazy! Luckily Philip and Julia both have good guardian angels because they need it with the way his whips around the house with push (or non-push) toys. 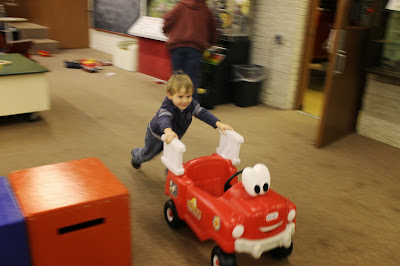 I am starting to hear some of my words coming back to me now.
Philip has told me, "You know better." and "You need to talk more nicely."
I love to hear him tell Julia the things that we would normally tell him. "You need to put that away while we are eating. Okay baby?" 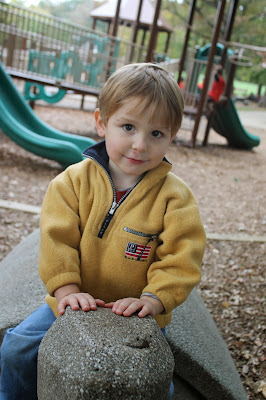 Signature phrases of the month:
"I want a special."
"This is my first time doing this." (not necessarily true)
"It's possible!"
If we are doing something that he doesn't like (like putting clothes on him) he will cry out, "Stop me!"
And we have the TV to thank for this one: "Not on your life!" I'm pretty sure that one came from The Octonauts. 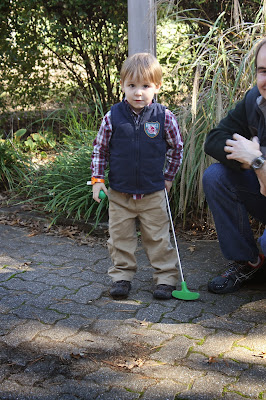 Sweet conversation of the month:
After getting off the phone with a friend who was due with her third baby in 2.5 years:
Me: Miss J is about to have a baby. Can you imagine having another baby right now?
Philip: And you going to have a baby.
Me shocked: It is going to be a long time before I have another baby.
Philip: No, you already have a baby. Baby Julia is my favorite baby. 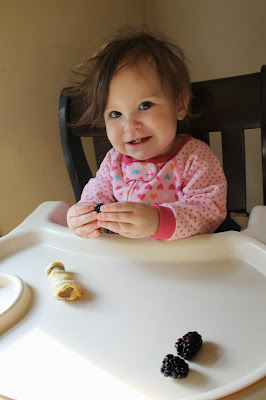 We talked a lot about the change of the seasons. He would tell us, "The squirrels are collecting nuts and then the leaves are going to fall. And after the leaves fall the snow is going to come!"  Hoping that it doesn't take too long for us to have our first snowfall this year!

Now that cooler weather is here, Julia has been getting used to wearing pants, socks, and long-sleeved shirts again. She will stare at her arms after I dress her looking very puzzled. She is a sweet kissy baby and will give us a kiss anytime we ask for it. She started saying "Choo choo" when she plays with toy trains. It sounds kind of like, "Shoo shoo." In self-defense news, her biting stage has slowed down (though not completely stopped). She now prefers to pull hair. So far Philip always laughs when she pulls his hair and I try to break it up as soon as possible. I'm waiting for the day that her pull gets stronger and he realizes that she is not playing games! 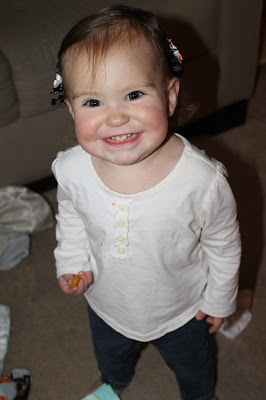 Okay, that is all I can remember for now and this post is long enough! Thanks for sticking with me!
Posted by Joy Complete at 12:33 AM