The News from October

October was a super fun month for us! 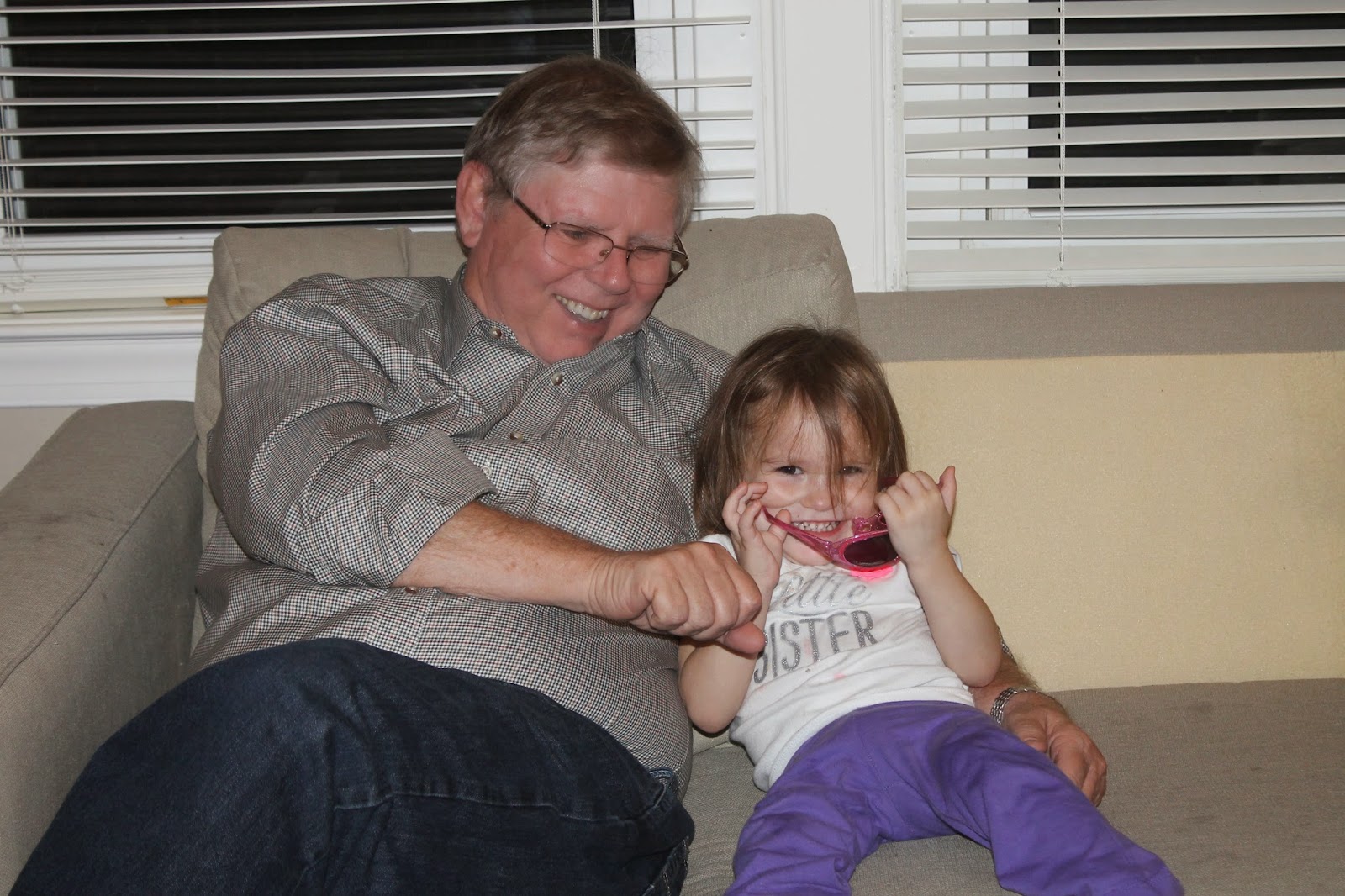 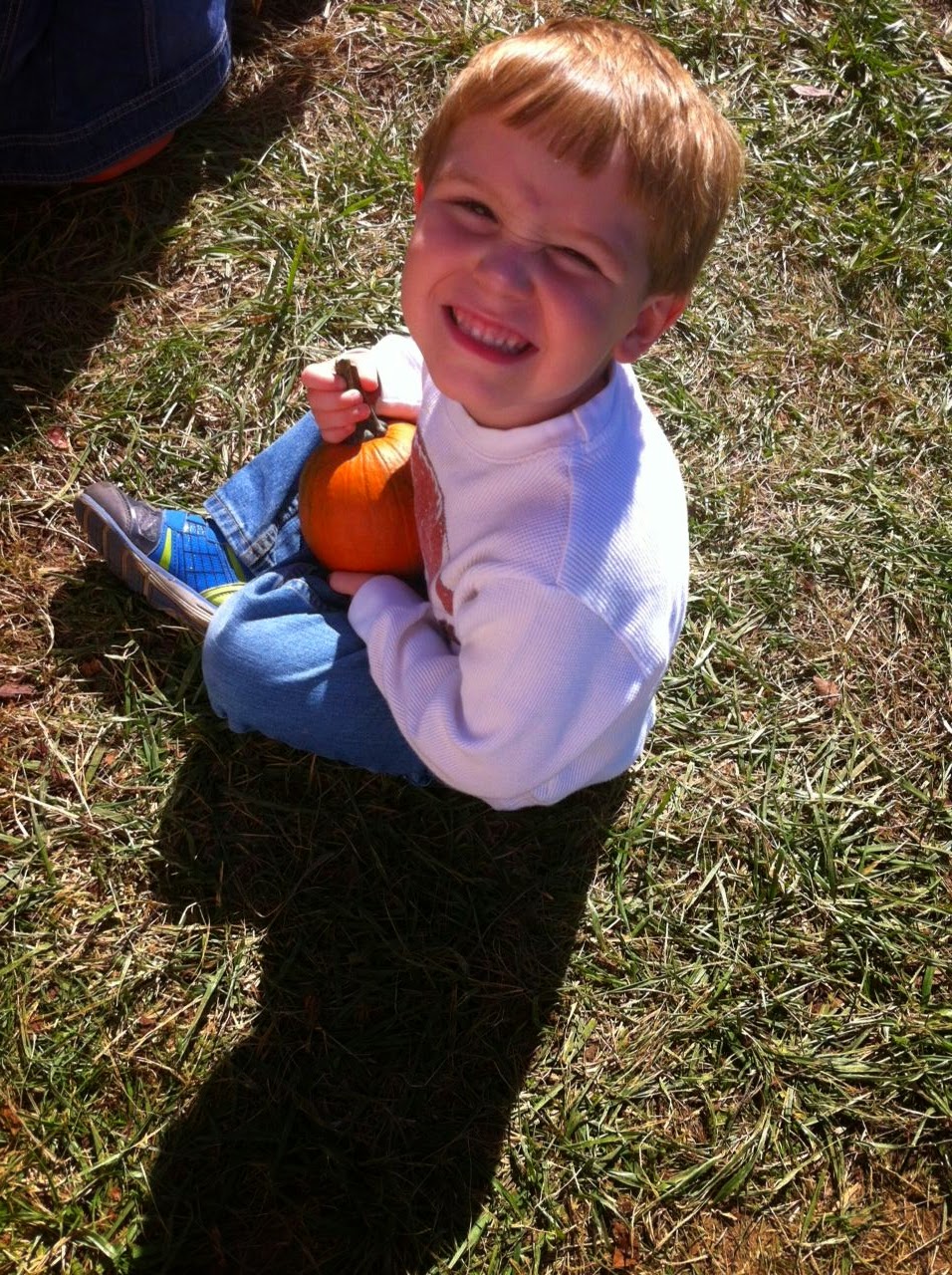 I started off on the right foot by going on a silent women's retreat! So refreshing...and exhausting! I loved the silence, the beautiful location, the inspirational talks, and the praise and worship.  This was my first time leaving the kids overnight (other than when Julia was born) and they did great with Dad. When I returned home and called down to the kids in the basement, Julia dropped onto the steps laughing with happiness. I also joined a new women's bible study at our church and had a couple nights out with friends. Thanks to Andy for being so supportive of me!

My parents arrived in town the following weekend and we had a great time catching up on their trip to Connecticut. The kids loved having their grandparents around. We visited the Aviation museum in College Park and all brought Philip to his first day of Atrium for the year. Philip loved having his grandparents drop him off and pick him up from school! It was close to my father's birthday, so we gave him a little surprise birthday party one night. 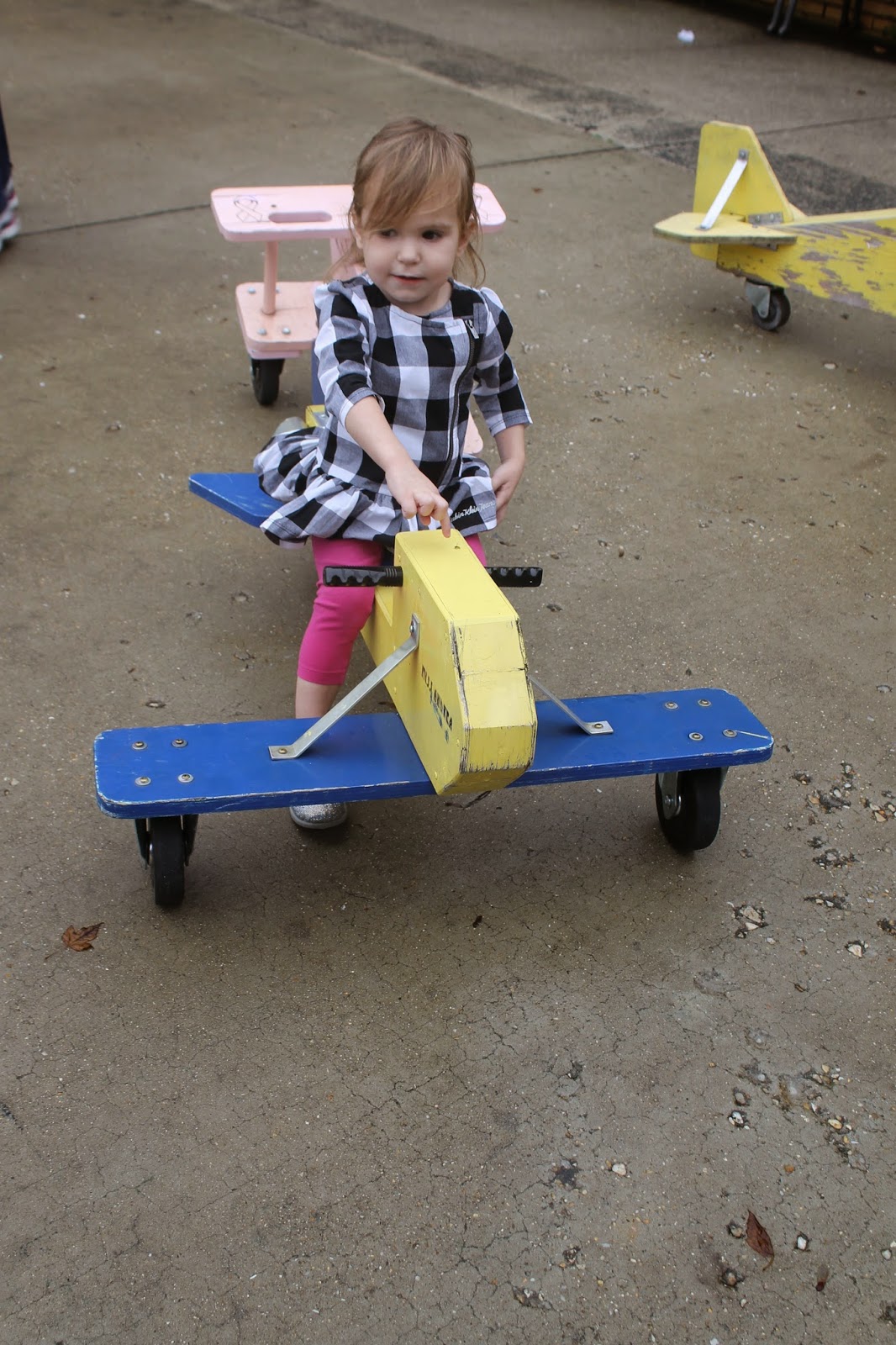 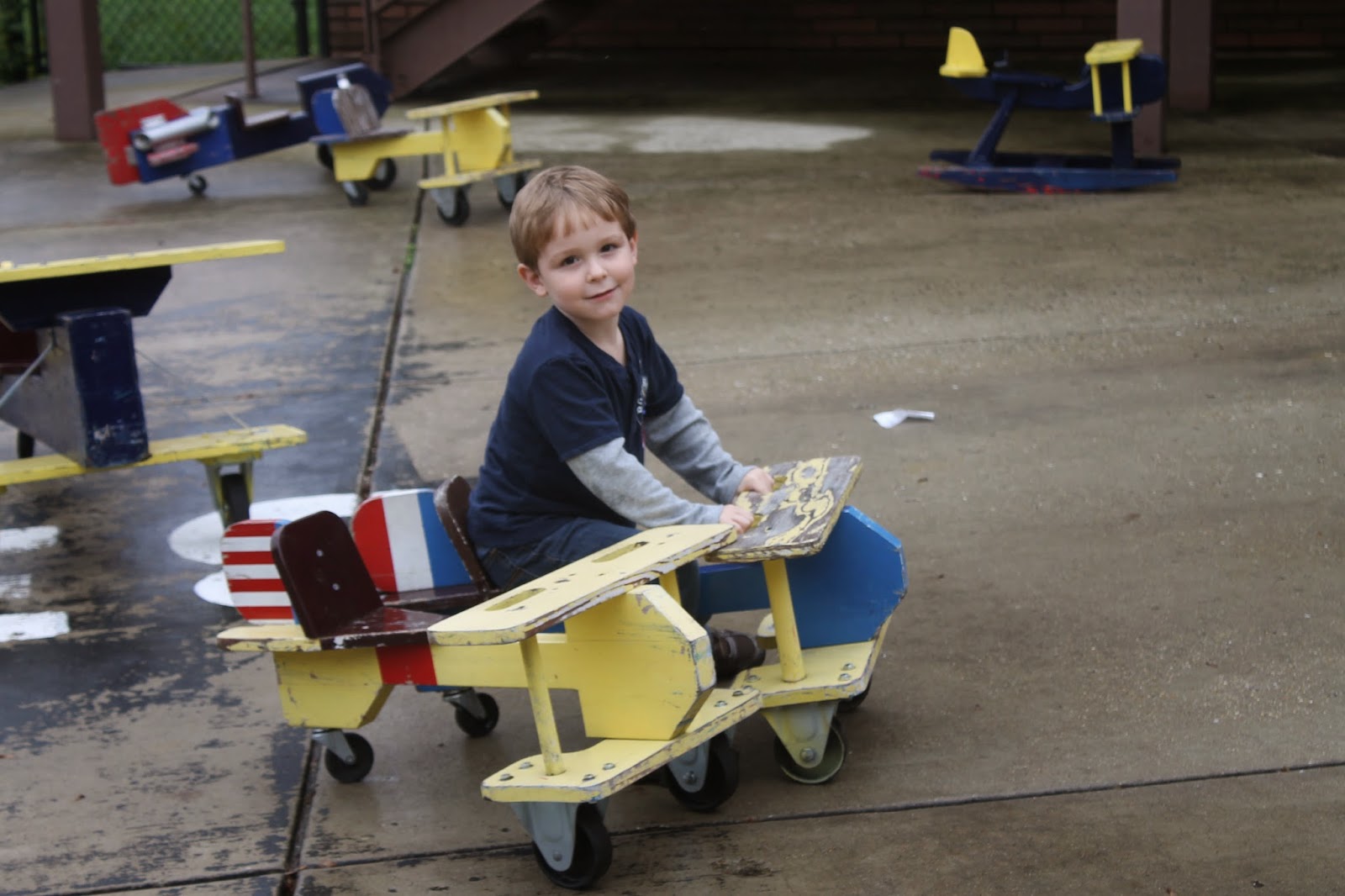 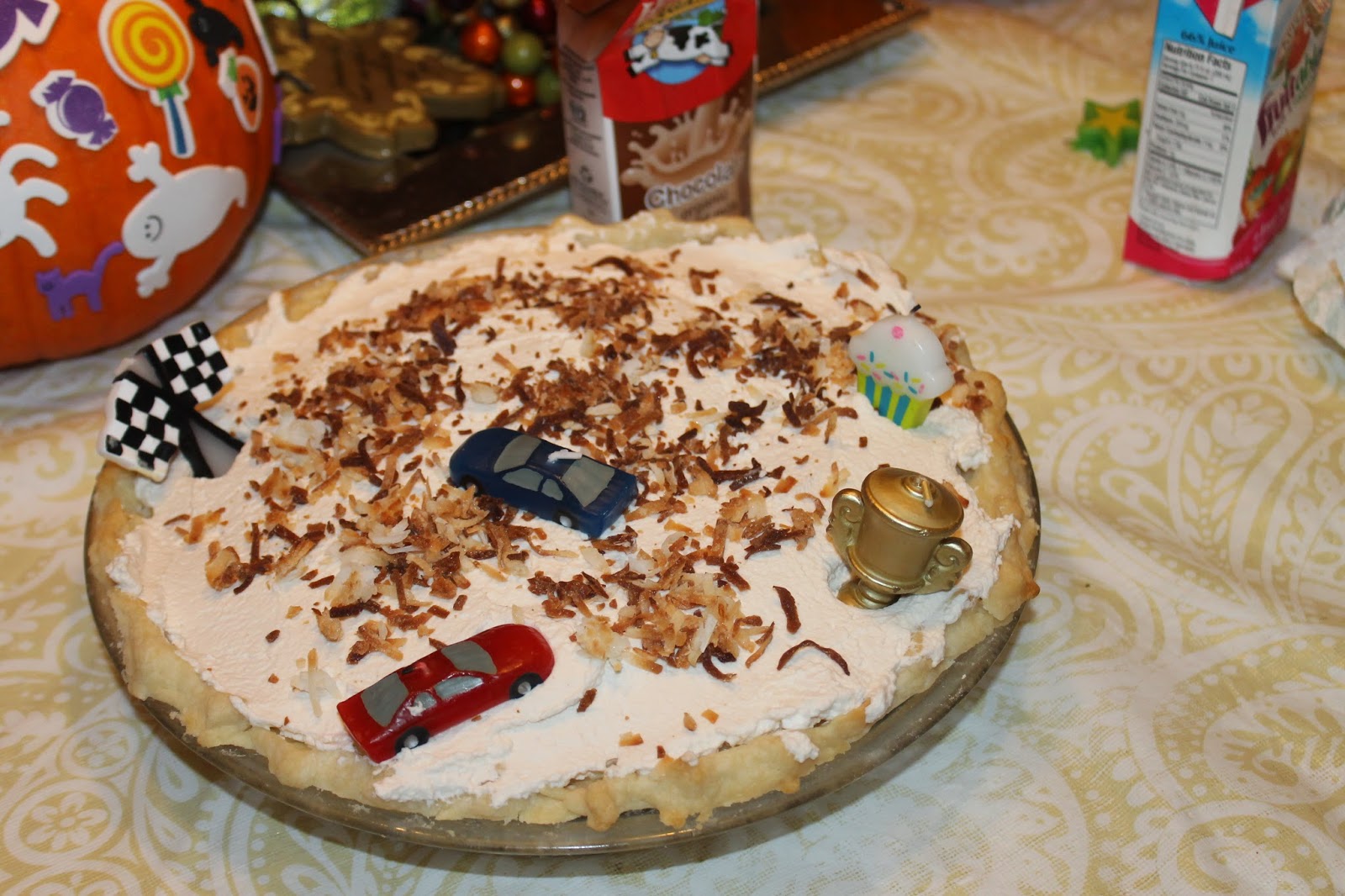 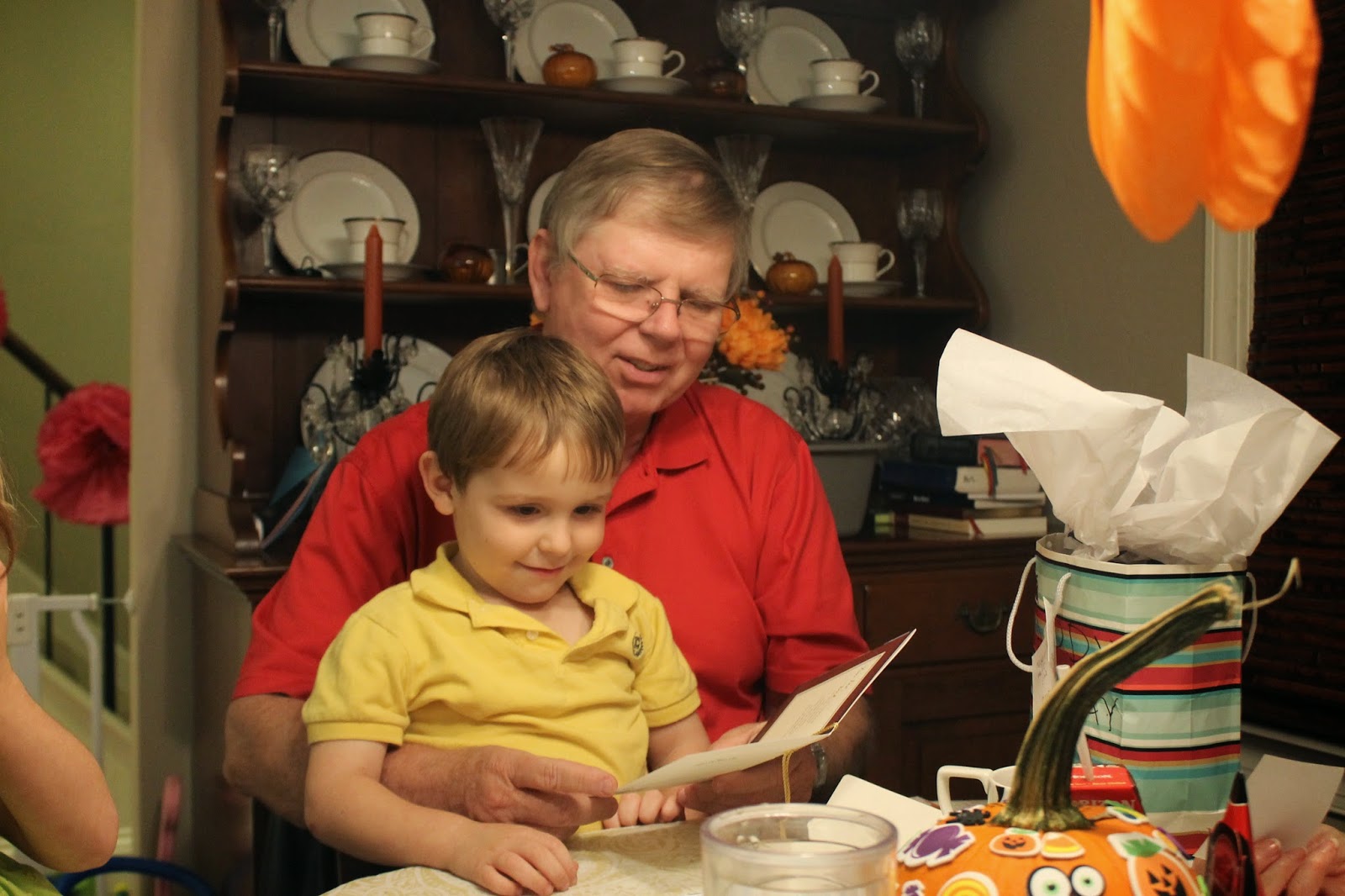 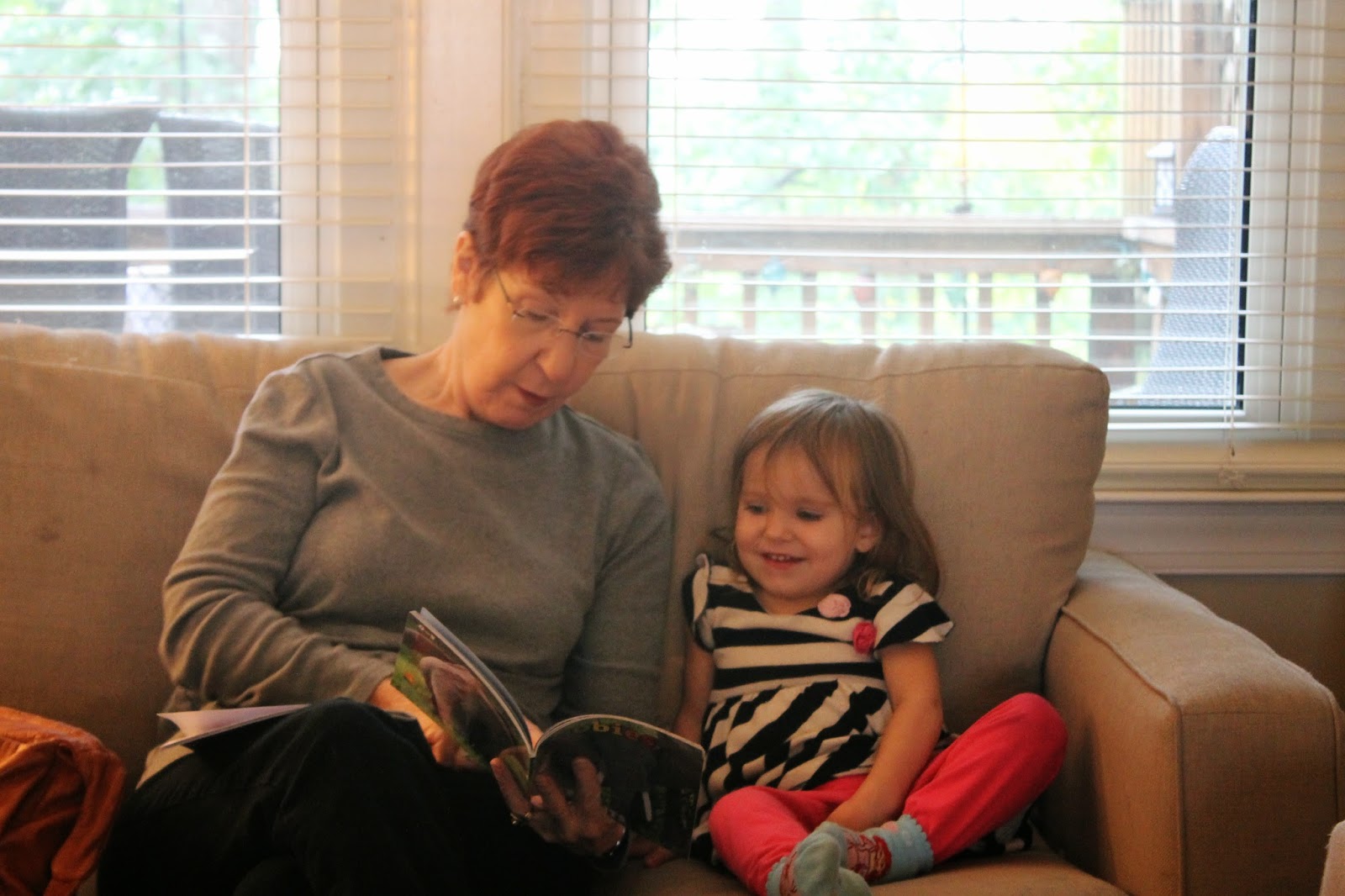 Philip had a school field trip to a nearby garden center that had fall festival activities and also taught them about pumpkins and let them pot a flower. Julia came down with a fever, so I stayed home with her. Andy was able to rearrange his schedule to bring Philip on the field trip and I was happy for them to have a little father-son outing. 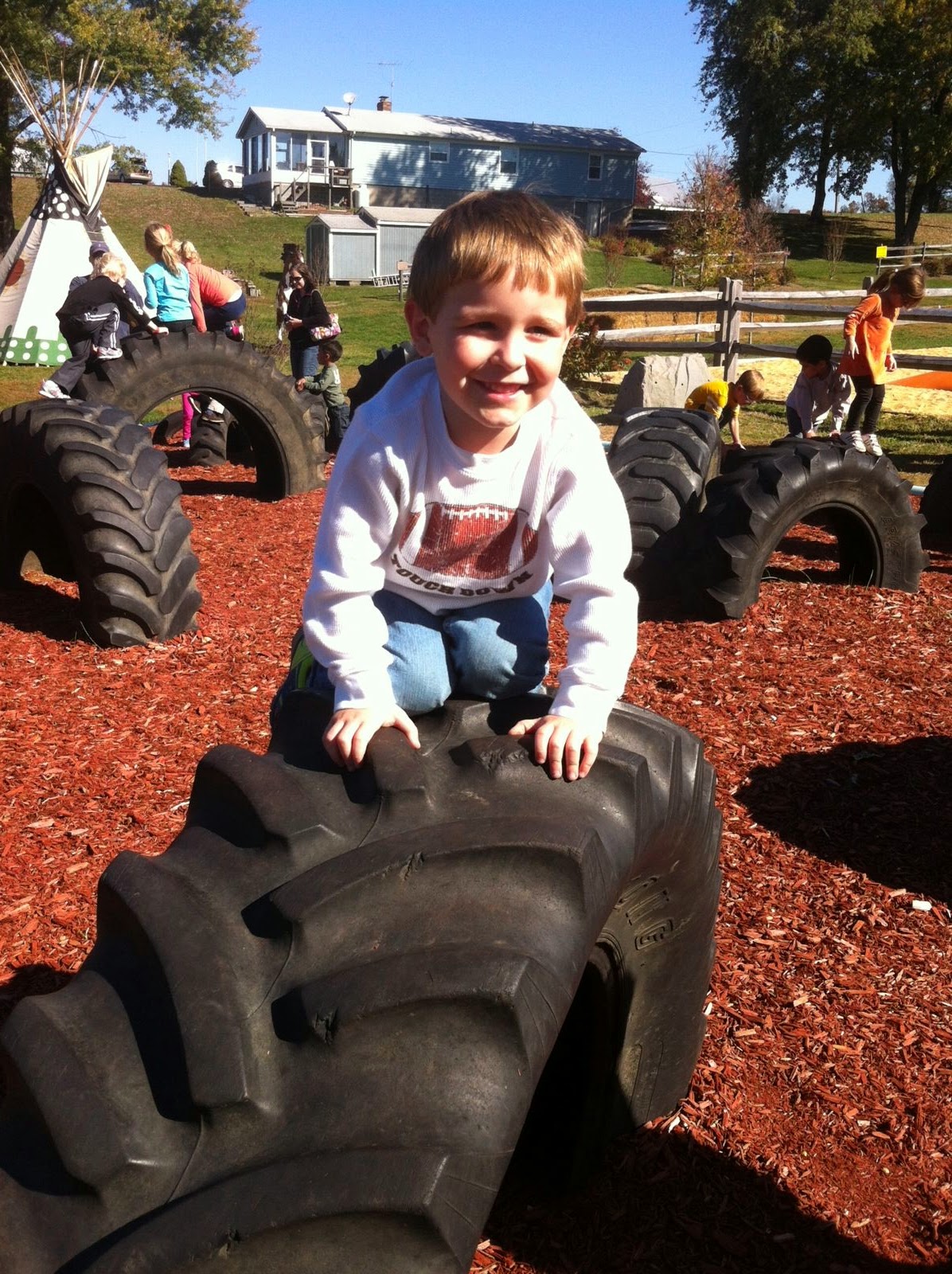 Later in the month, we took part in the Run for the Little Flowers. It was especially meaningful this year because our friends who organize this fundraiser were just one week away from traveling to China to meet their new daughter. We are so happy for them! 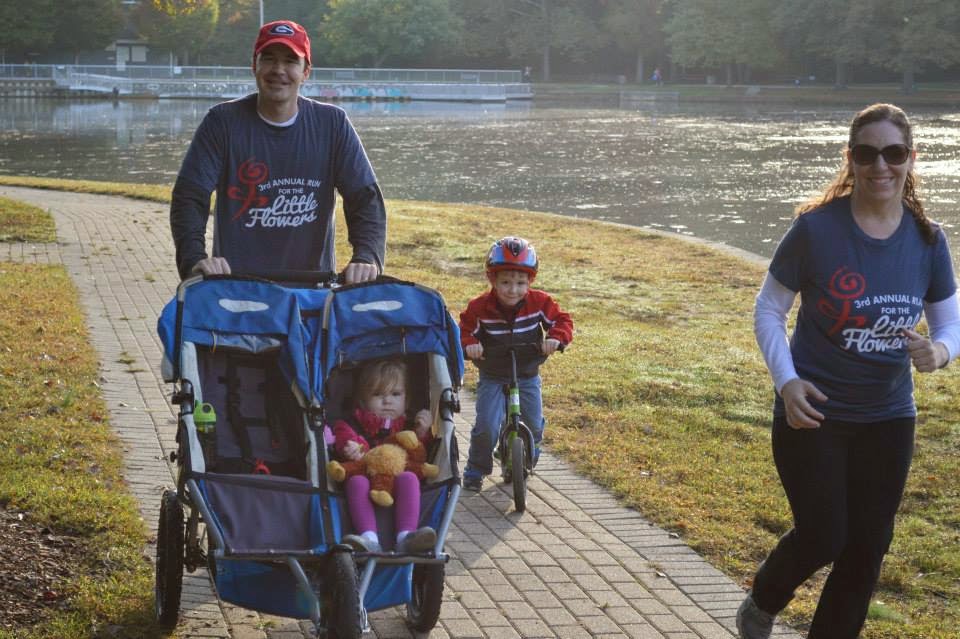 Afterwards, we went to a local hospital center that was having a Touch-a-Truck event. This is a great event where kids (and adults) are able to climb into all sorts of vehicles. Philip climbed aboard a fire truck, construction trucks, tow truck, school bus, stretch limo, police car, and even a police boat! Julia was pretty clingy, but near the end she got into a few vehicles herself! 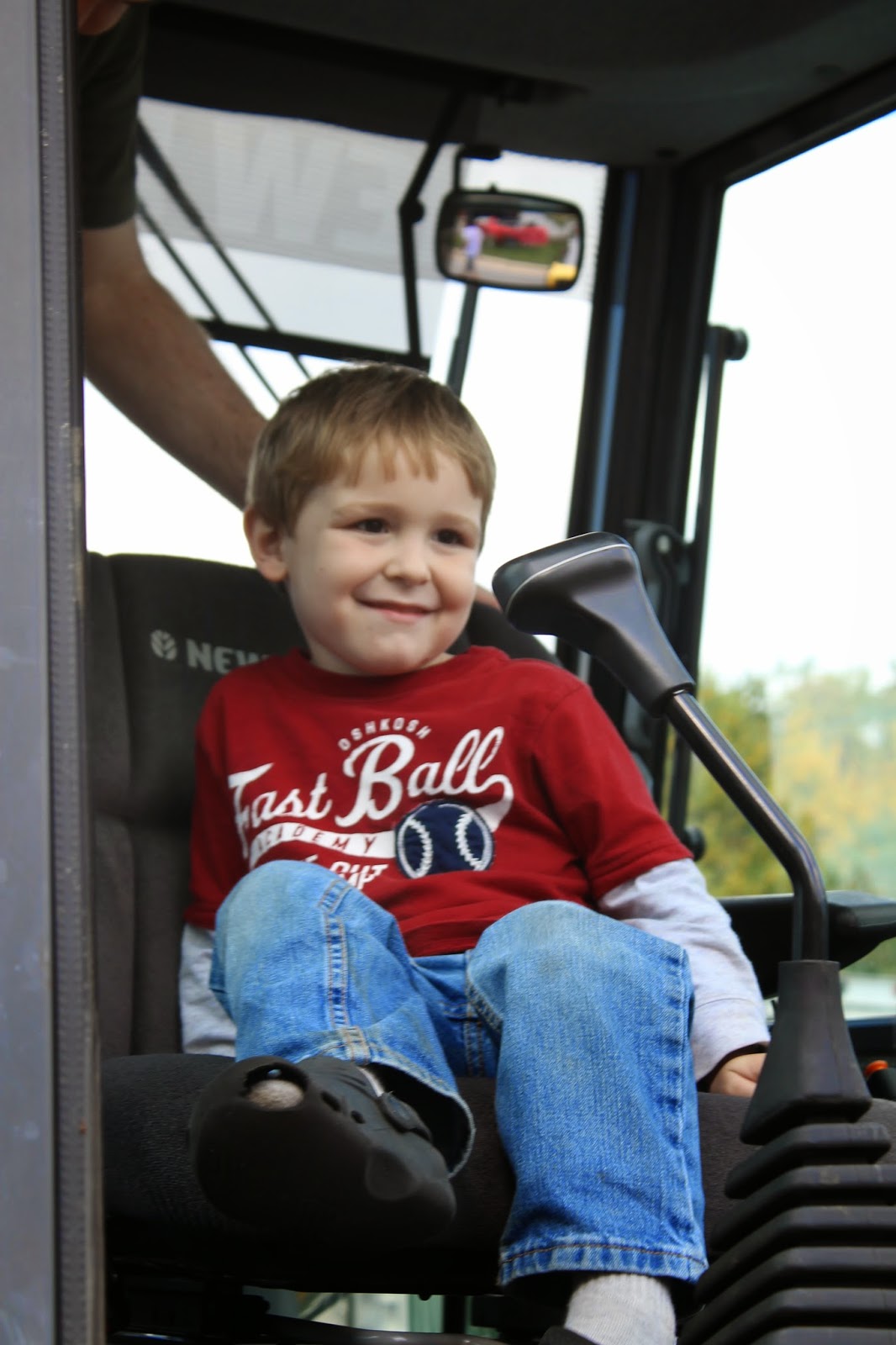 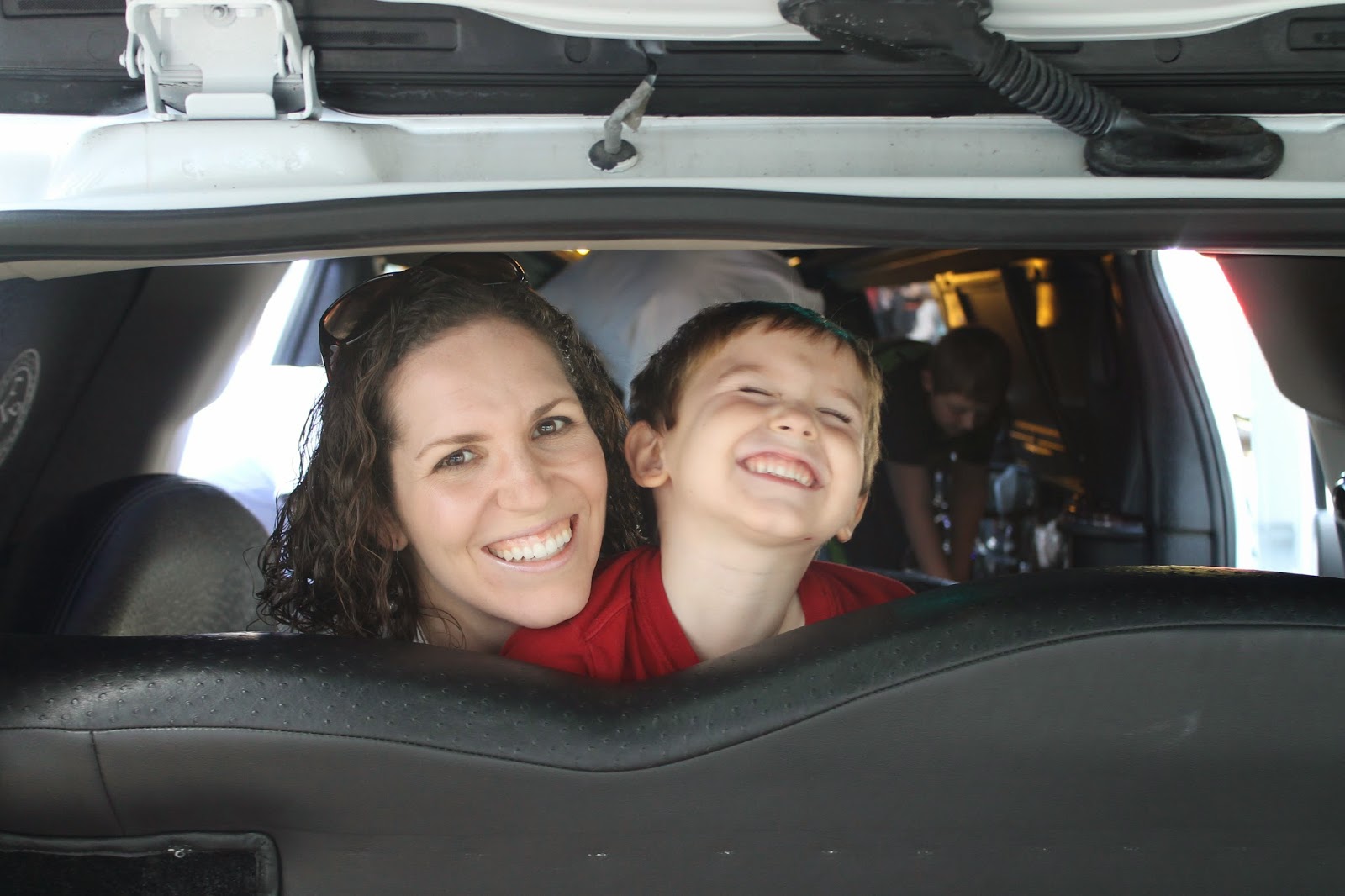 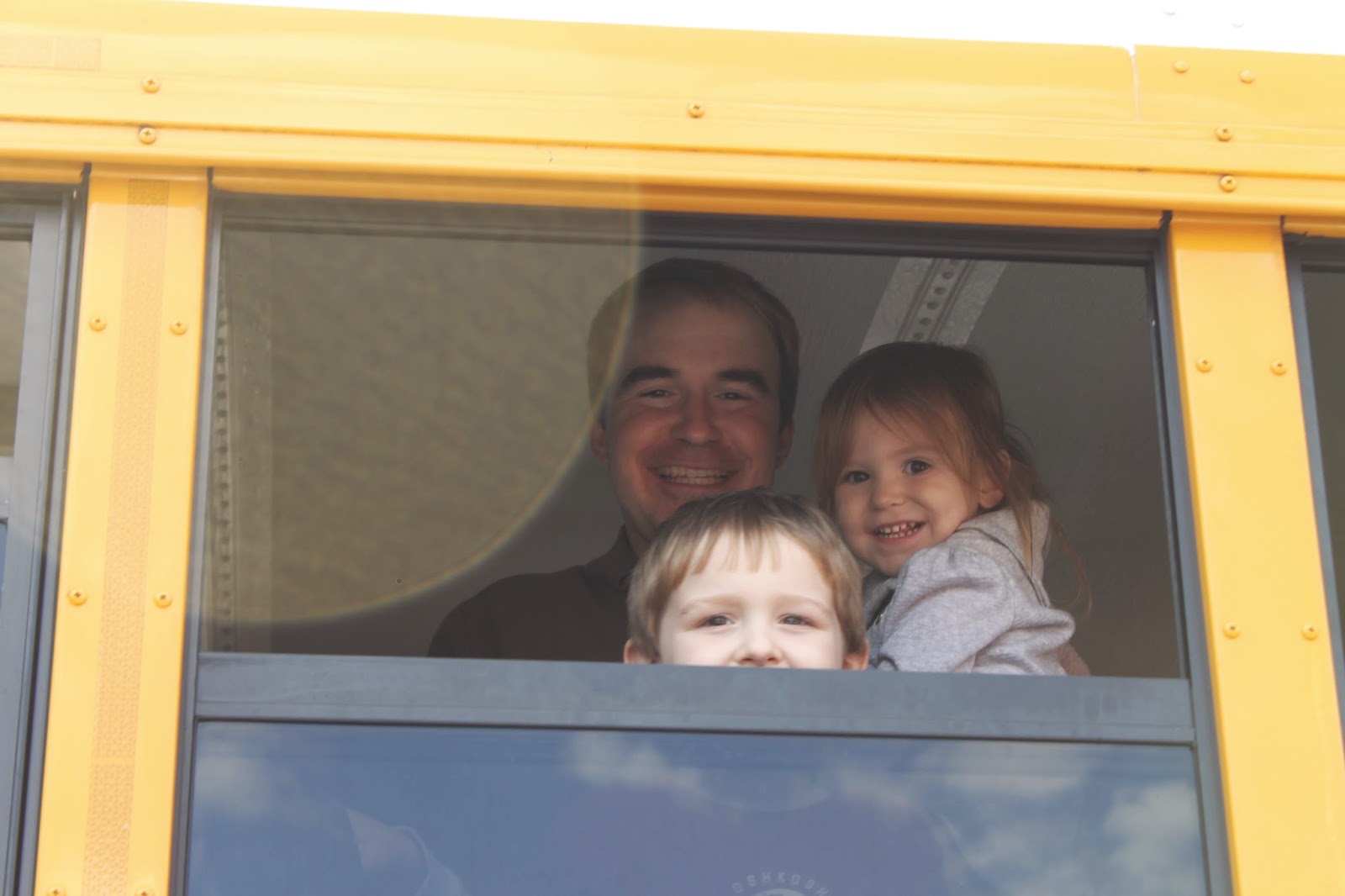 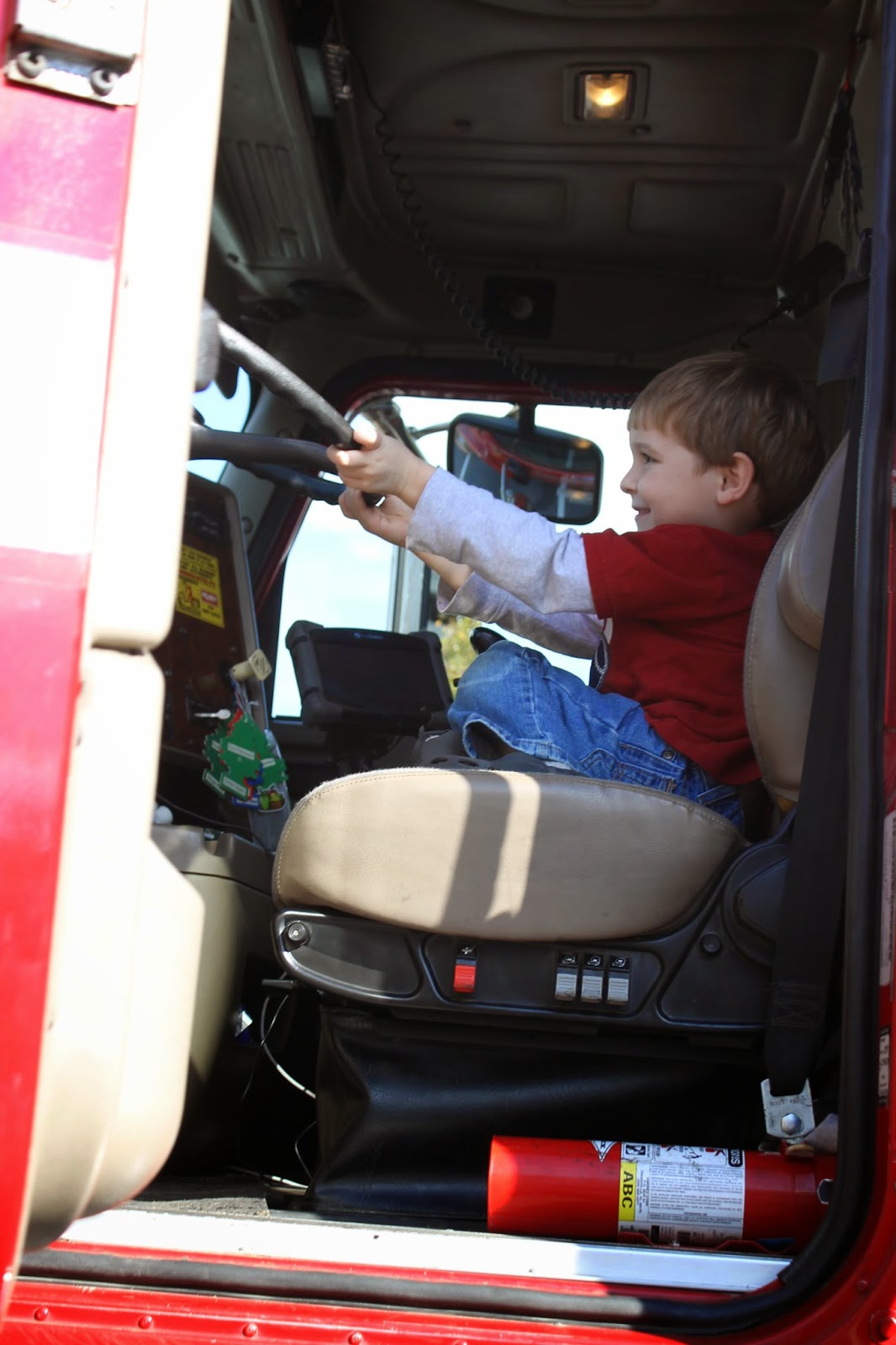 Of course we had to get a pumpkin, so we went to a pumpkin patch and found the perfect one! While we were there, we did a corn maze, visited some animals, and picked out some pretty gourds and yummy fruits and vegetables. Philip could hardly wait to carve that pumpkin! 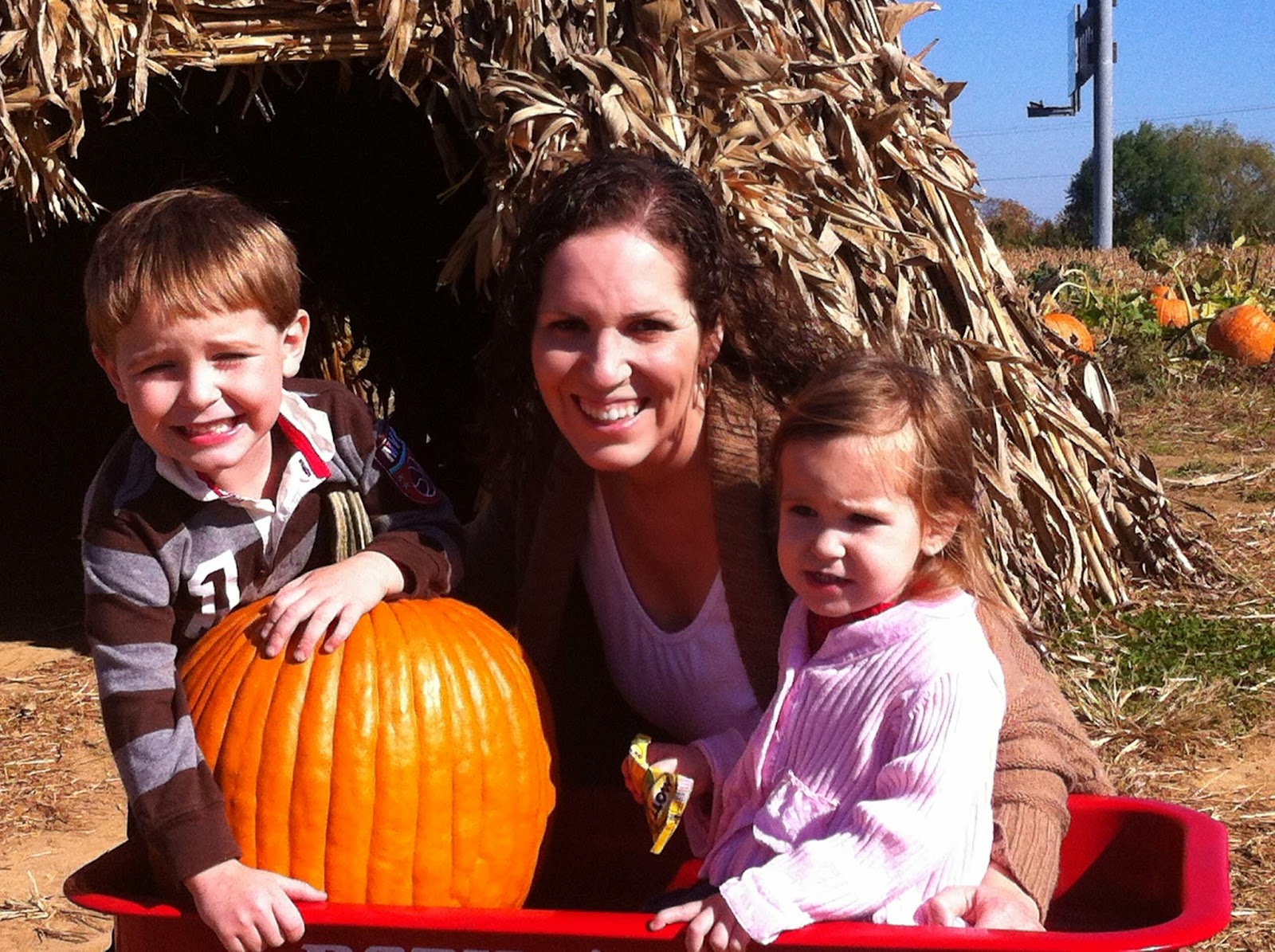 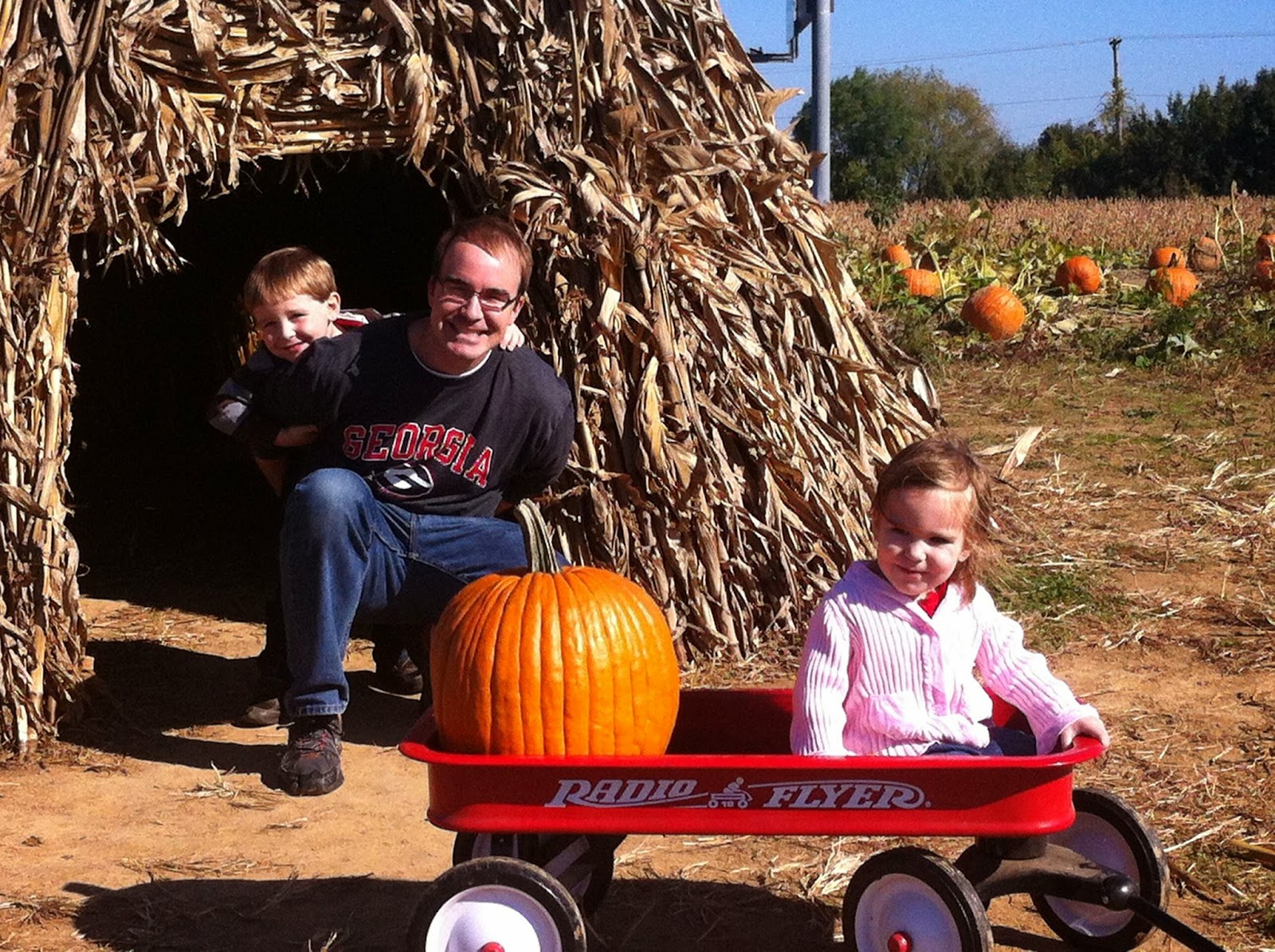 In health news, it was molar month around here. Philip unexpectedly started cutting his 6-year molars. Julia has all four of her 2-year molars coming in at once. It was rough-going for about a week, but we are through the worst of it. The kids also had their annual doctor's visit and checked out fine! 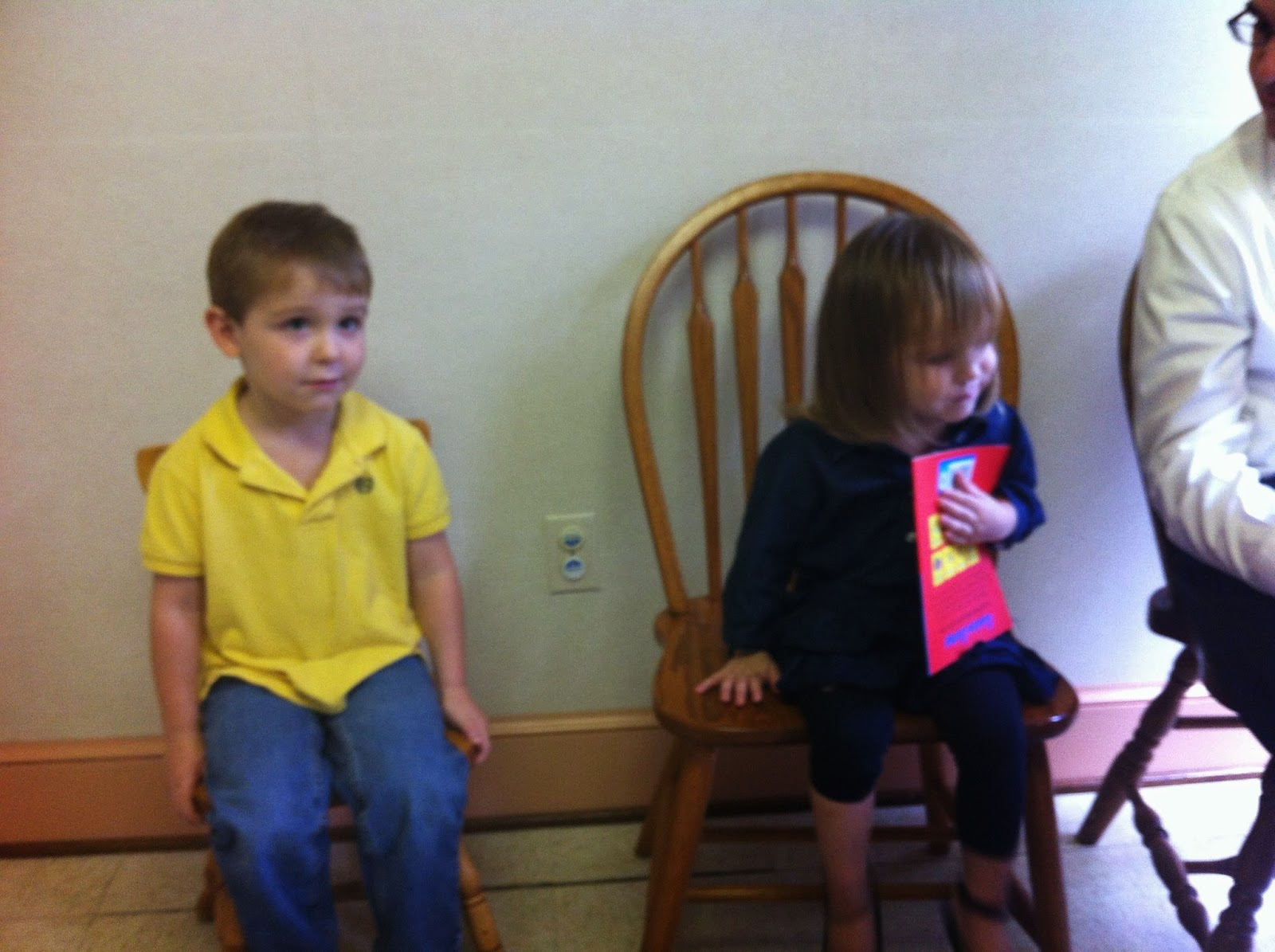 Waiting for the doctor
Philip started Atrium again and now asks each day, "Am I going to the little school (Atrium) or the big school (preschool) today?" He is doing really great with preschool and just loves it! Each day he ceremoniously shares with us what he has made at school. He is quick to make sure that I don't ruin the surprise for Daddy by telling him what Philip made. One thing he picked up from the kids there is "No fair!" so we are having lots of talks to clarify what is and isn't actually fair. 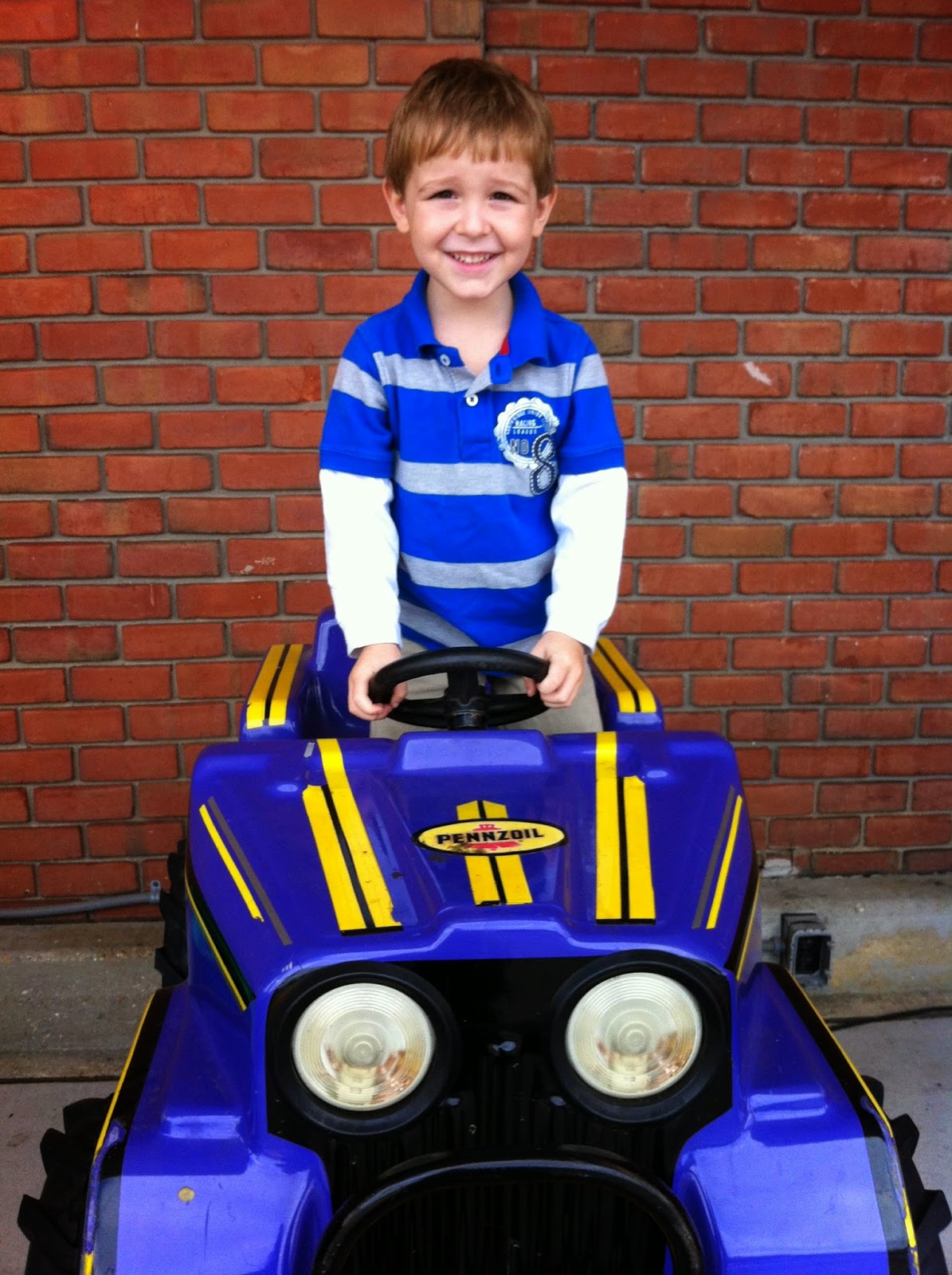 Philip has started wanting to pick out his own clothes. Ever since watching some retro Godzilla videos, he roars at all his friends when playing with them. He wants to be funny and typically asks if I think he is funny after he does things I am not really happy about. We are starting to see his perfectionist qualities coming out, which he gets from his Daddy. I had long wondered if his slow language development was due to him being one of those kids that doesn't want to do something until they know they can do it well. I'm pretty sure he fits that description! 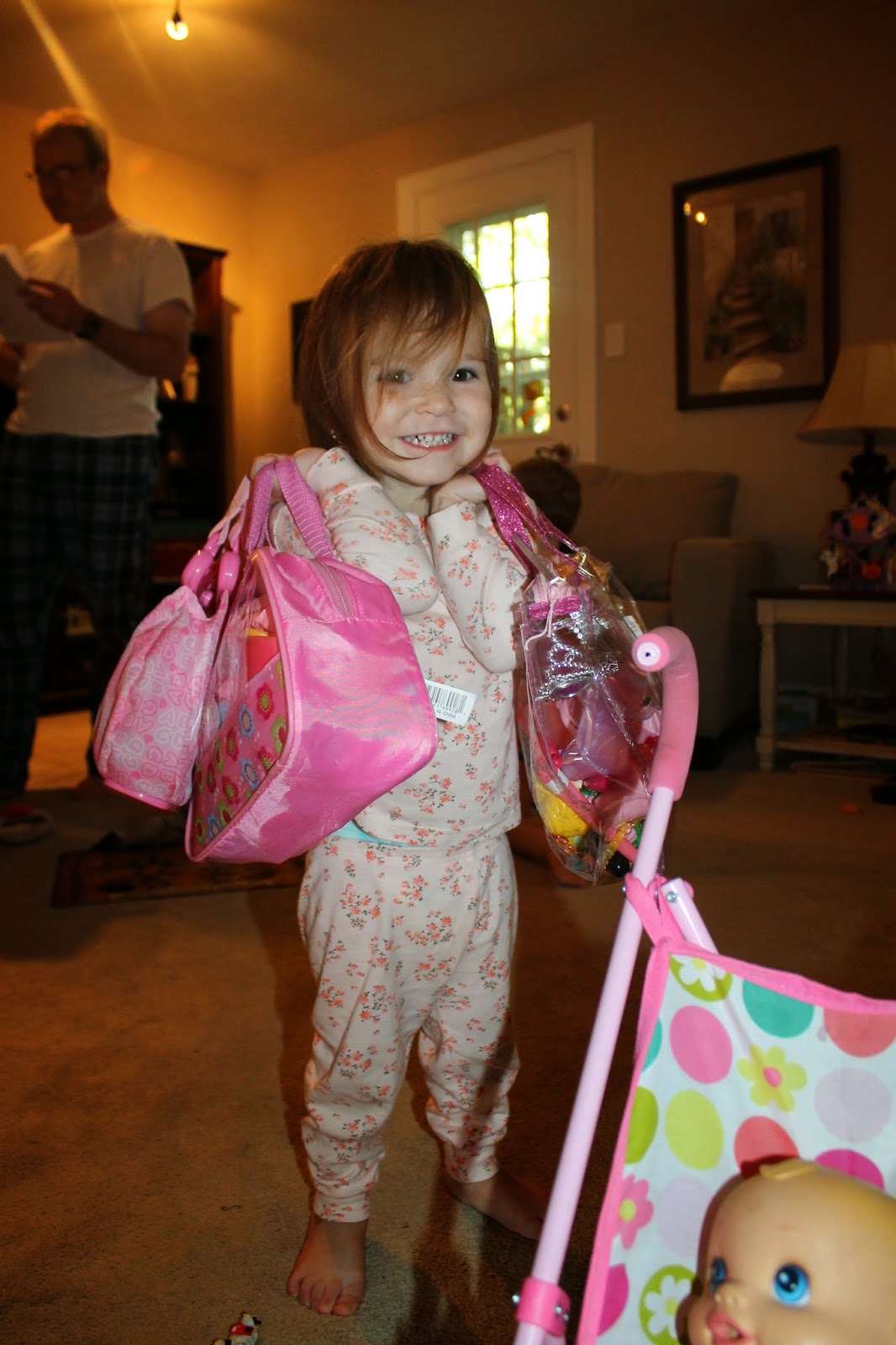 A girl can never have too many bags!
Julia is now speaking in paragraphs. She seems to get a huge energy burst just before bed and bounces off the walls and chatters nonstop for about an hour as we try to get her to sleep. She loves brightly colored clothes and wants to know the name of each shirt I put on. She still calls me Miss Kristen throughout the day and also calls other people by my name. "Hi Kristen-Daddy." "Hi Kristen-Pill-ip." "Hi Kristen-Herbie." She is such a character!