Halloween was a fun event for us this year. This was the first year Philip was really anticipating it and he had a great time! 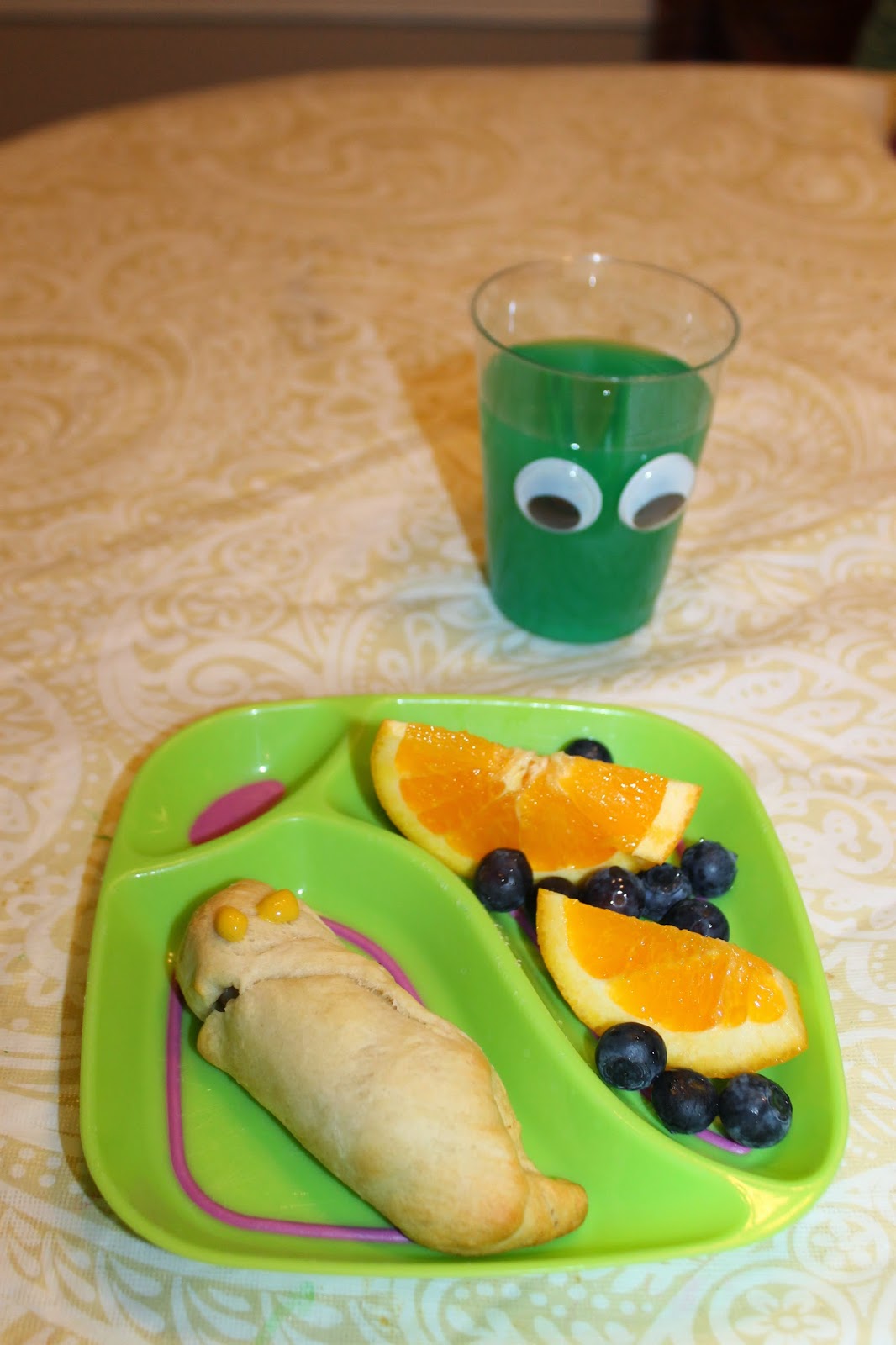 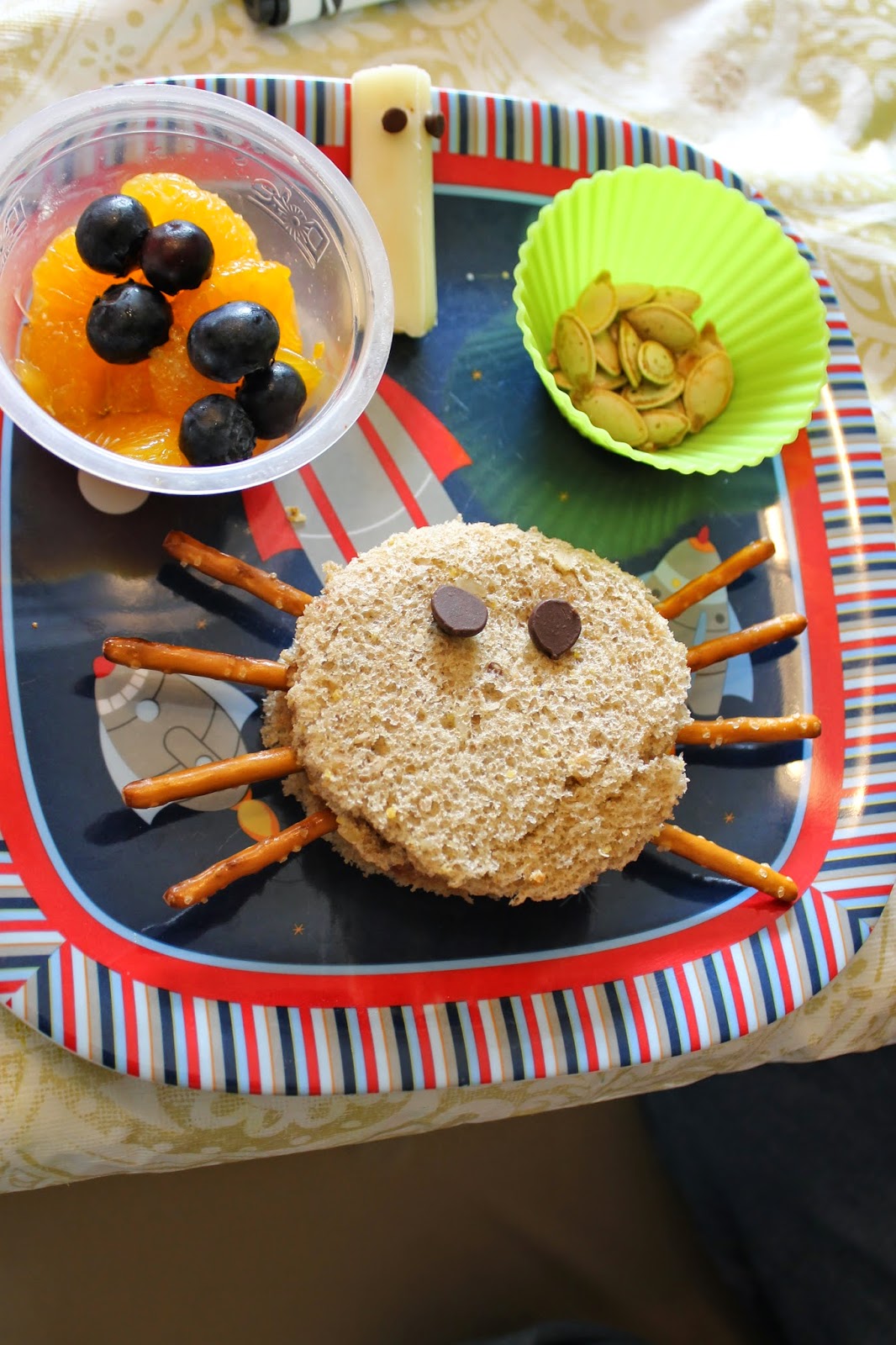 This was the first year I thought Philip would actually wear a costume for more than 2 minutes, so I planned to take him to pick something special. About a month before Halloween, Philip declared that he wanted to be a knight. He held fast to that, so we were able to recycle his costume from two years ago. I tried to beef it up with a shield and a sword, but here you have our knight and little dancer, getting ready for our MOM's Club Halloween party. 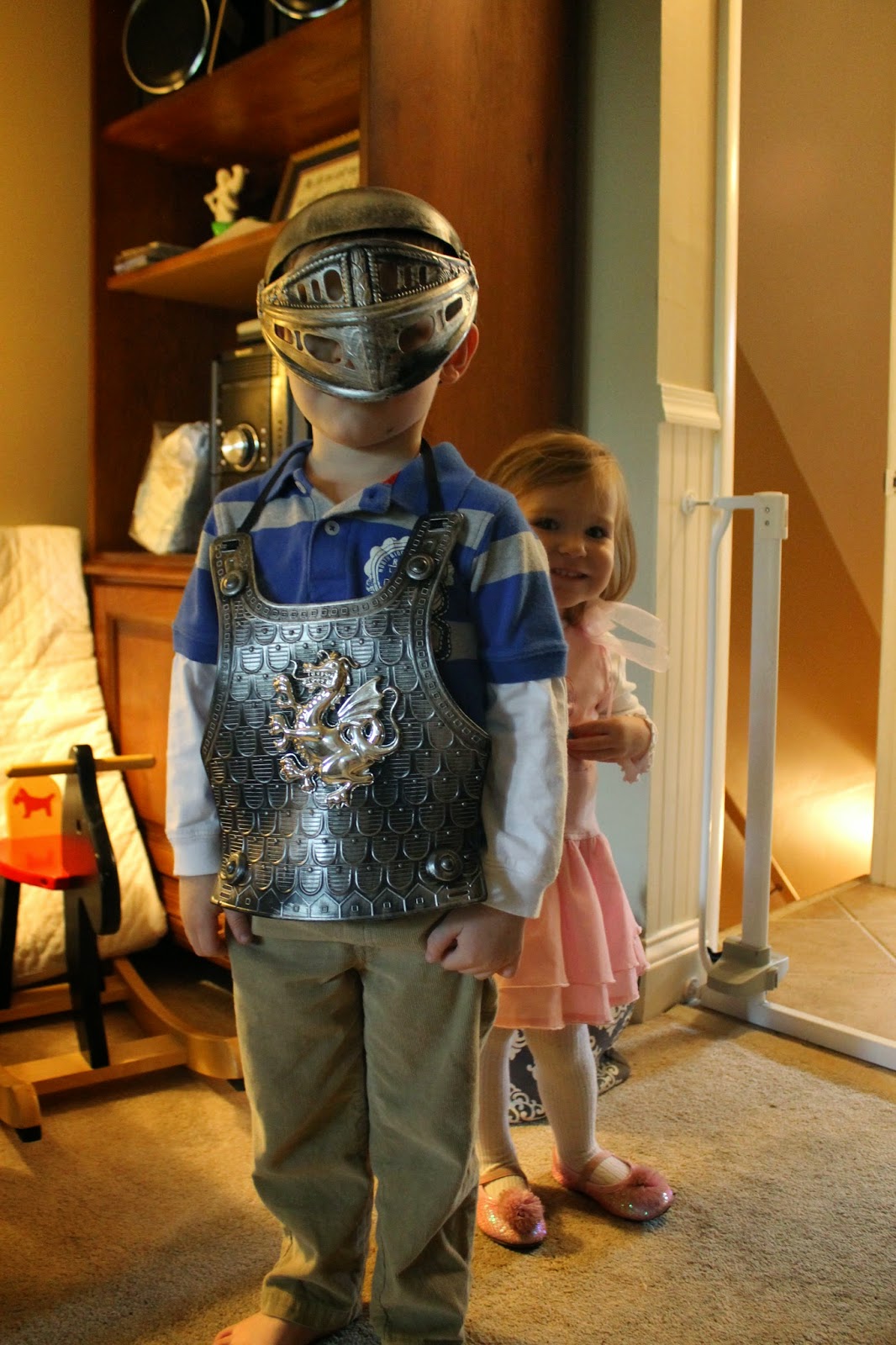 For Halloween storytime, Julia transformed into a butterfly. 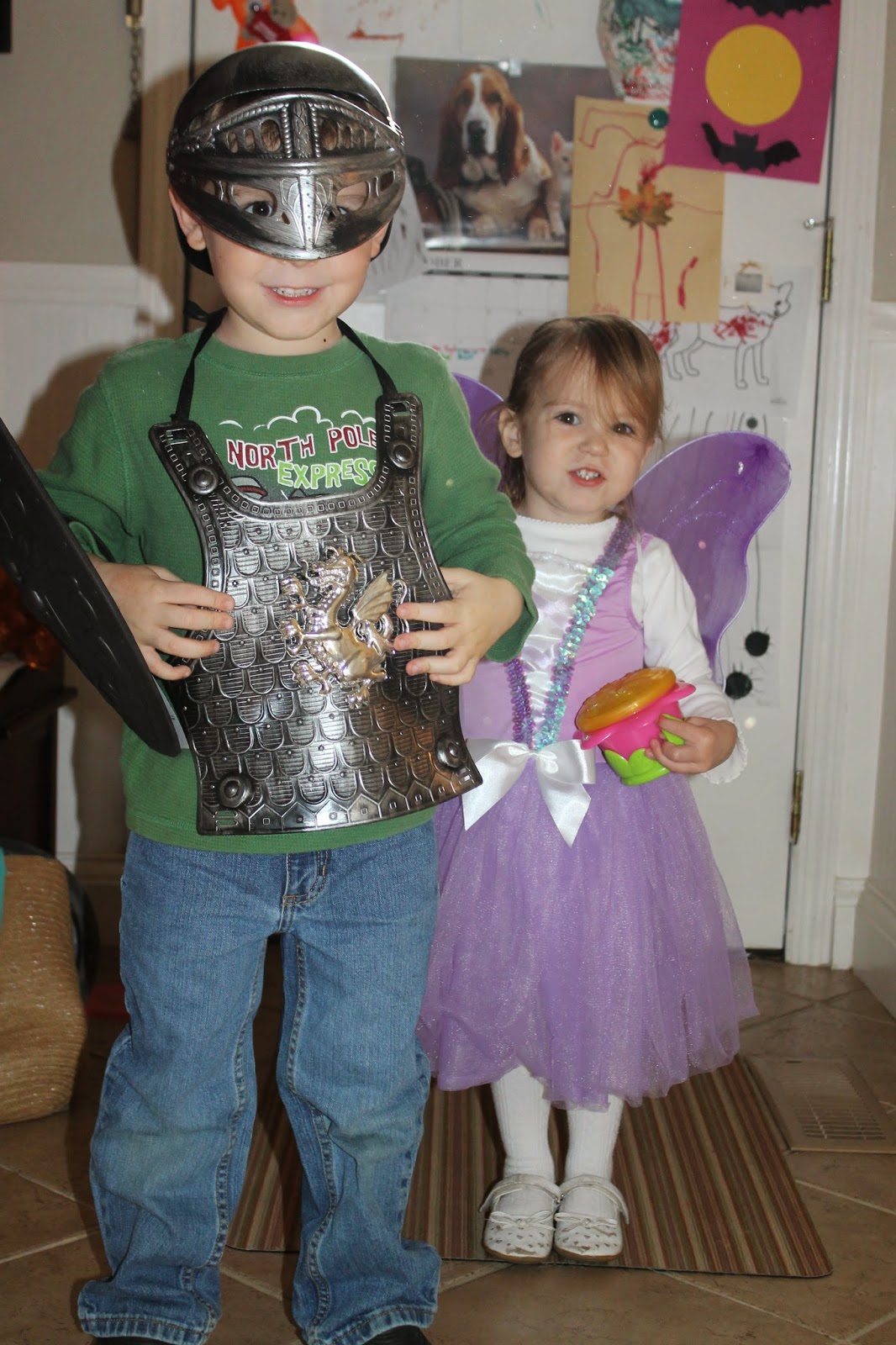 The day before Halloween, we decorated cupcakes, because who doesn't need more sweets in the house around Halloween? 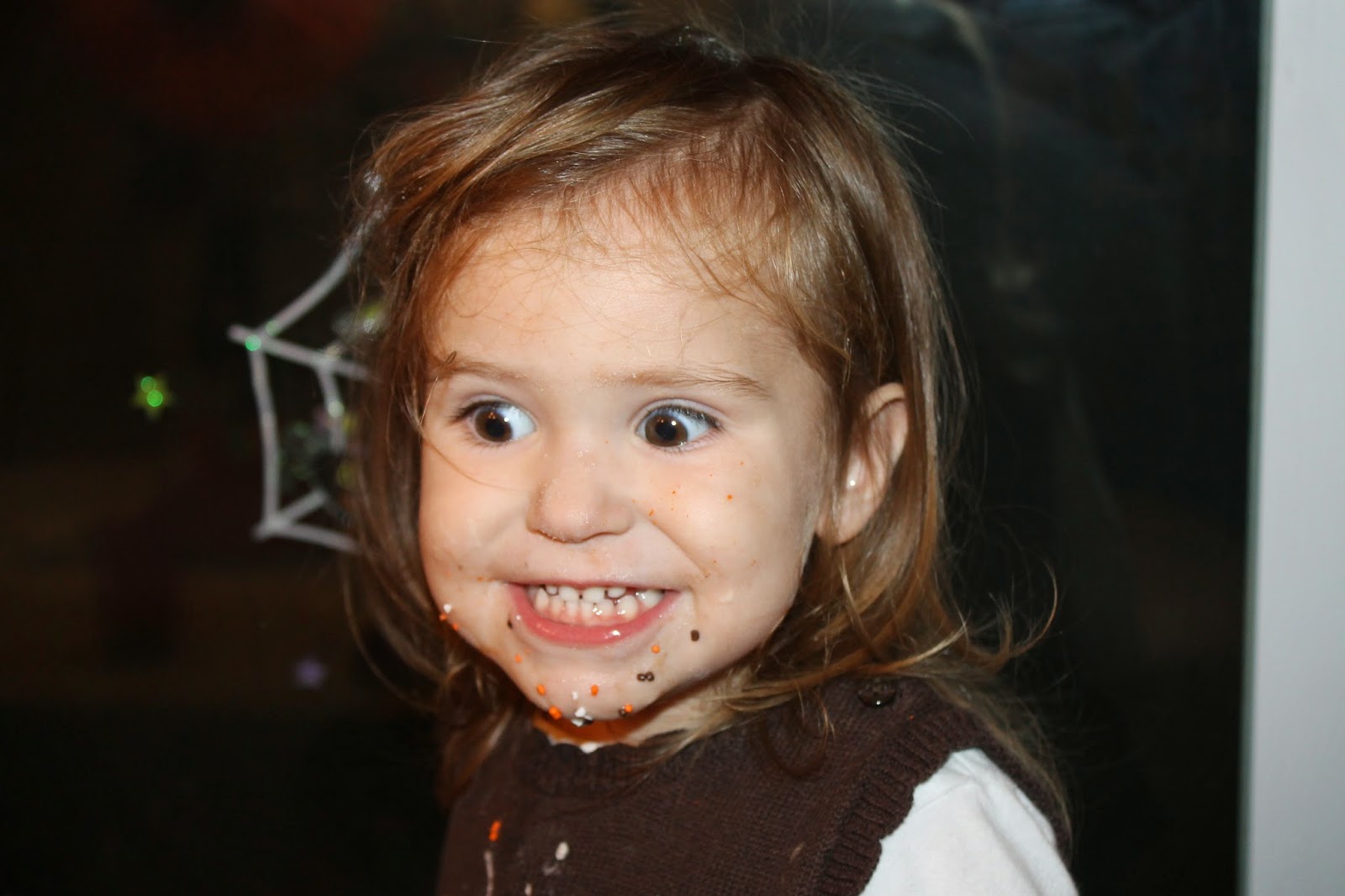 SUGAR! This is what Julia looks like after eating lots of sprinkles! 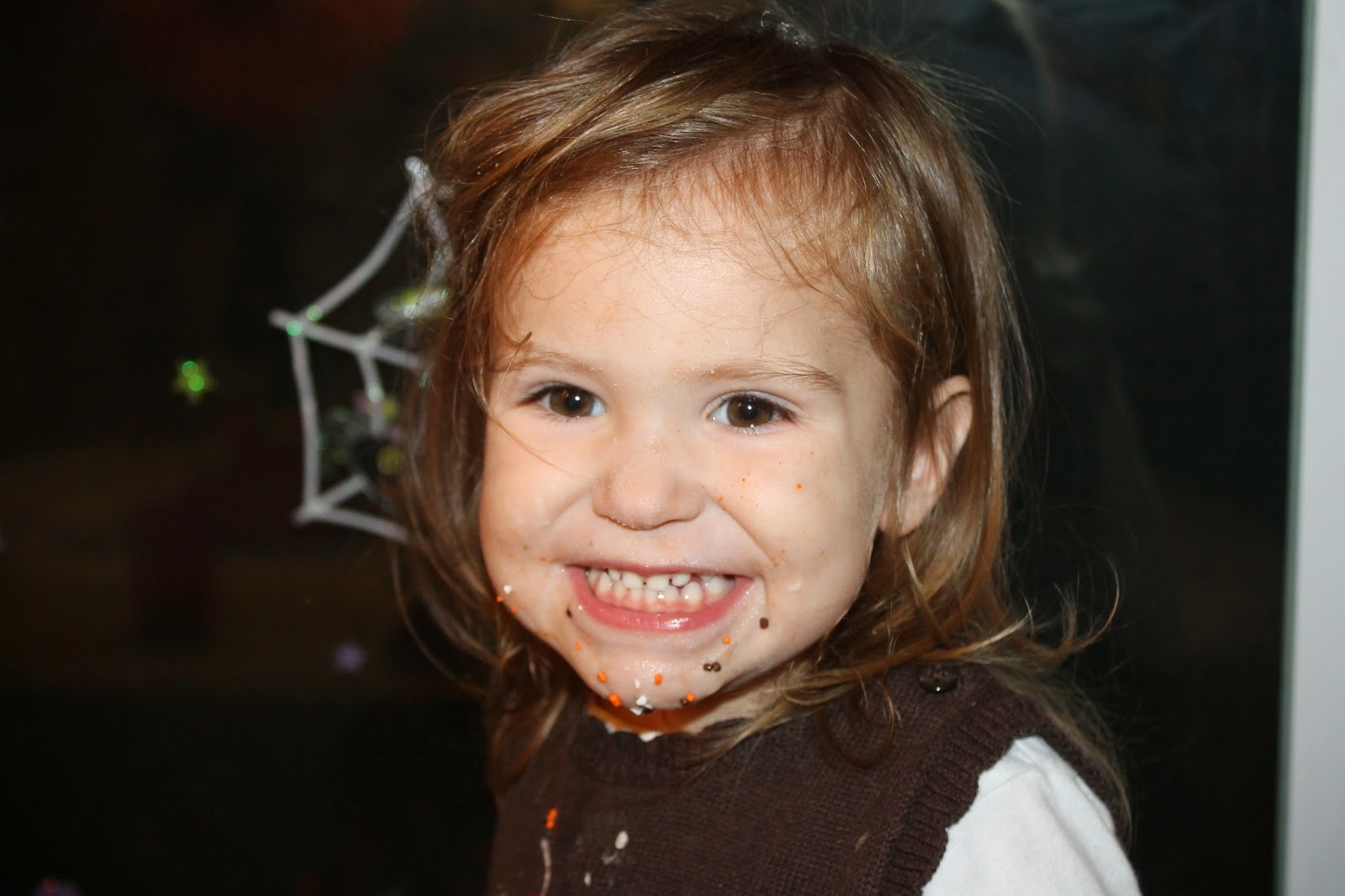 Many more sprinkles go into their mouths than on the cupcakes.

That evening, we carved our pumpkin. 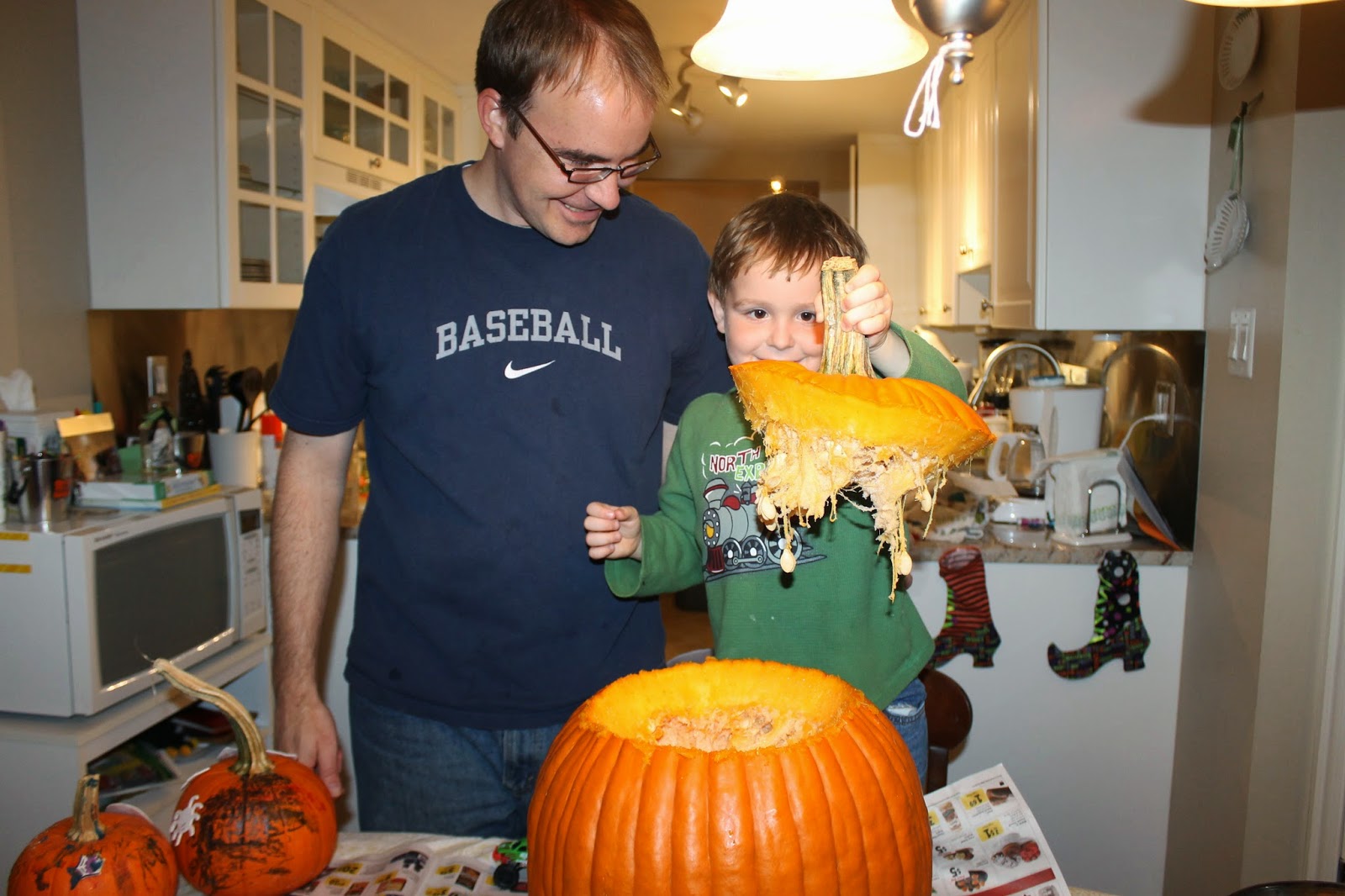 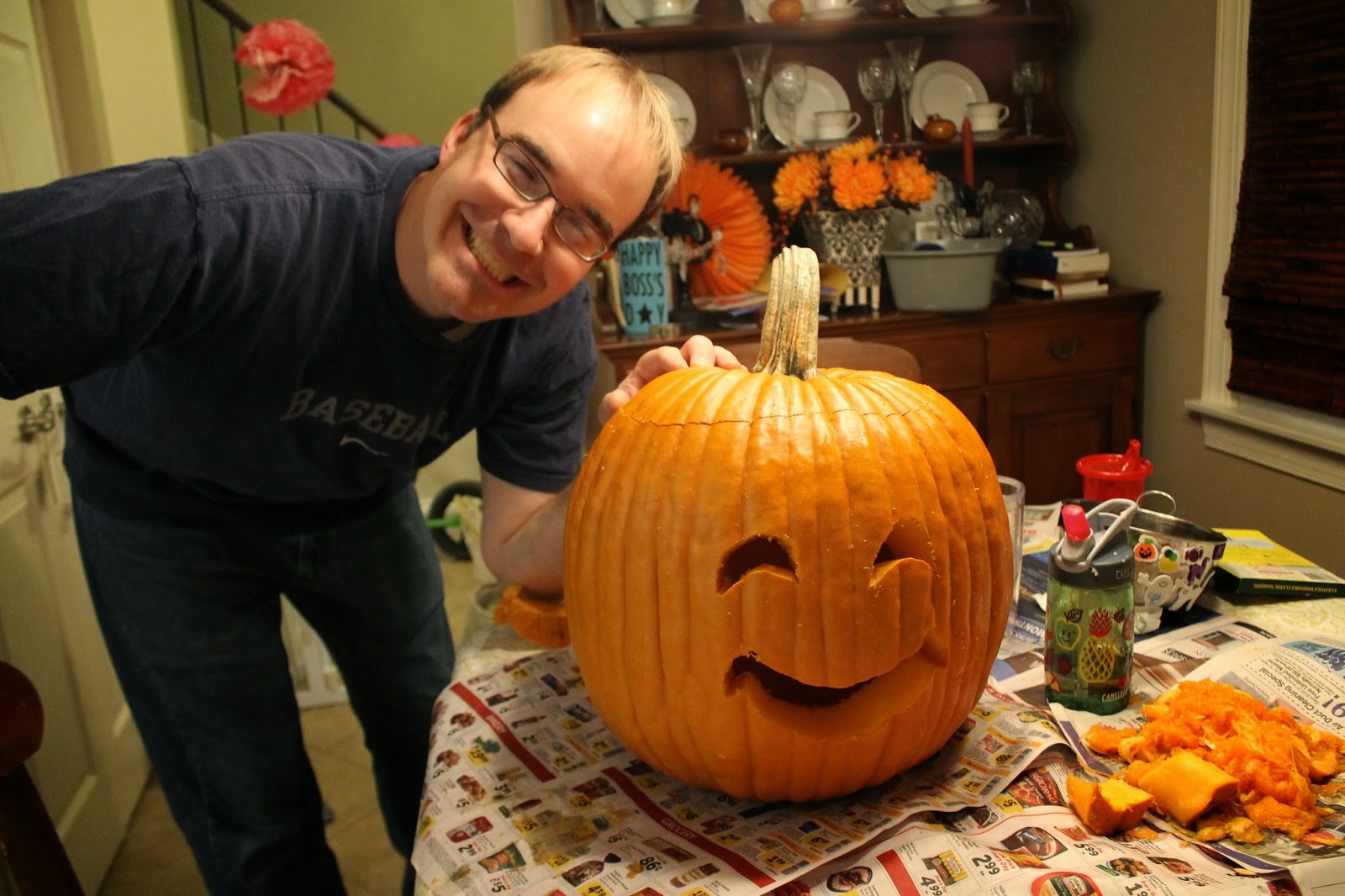 At school on Halloween, Philip had a costume parade and party. 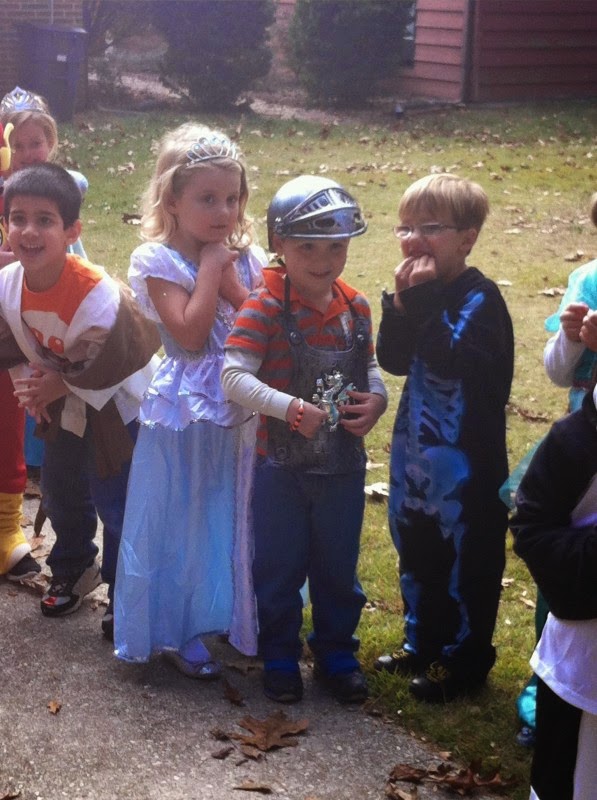 That evening, Julia had a minor wardrobe change and dressed as a princess. She soon ditched the crown, so we had a knight and lady out trick-or-treating. 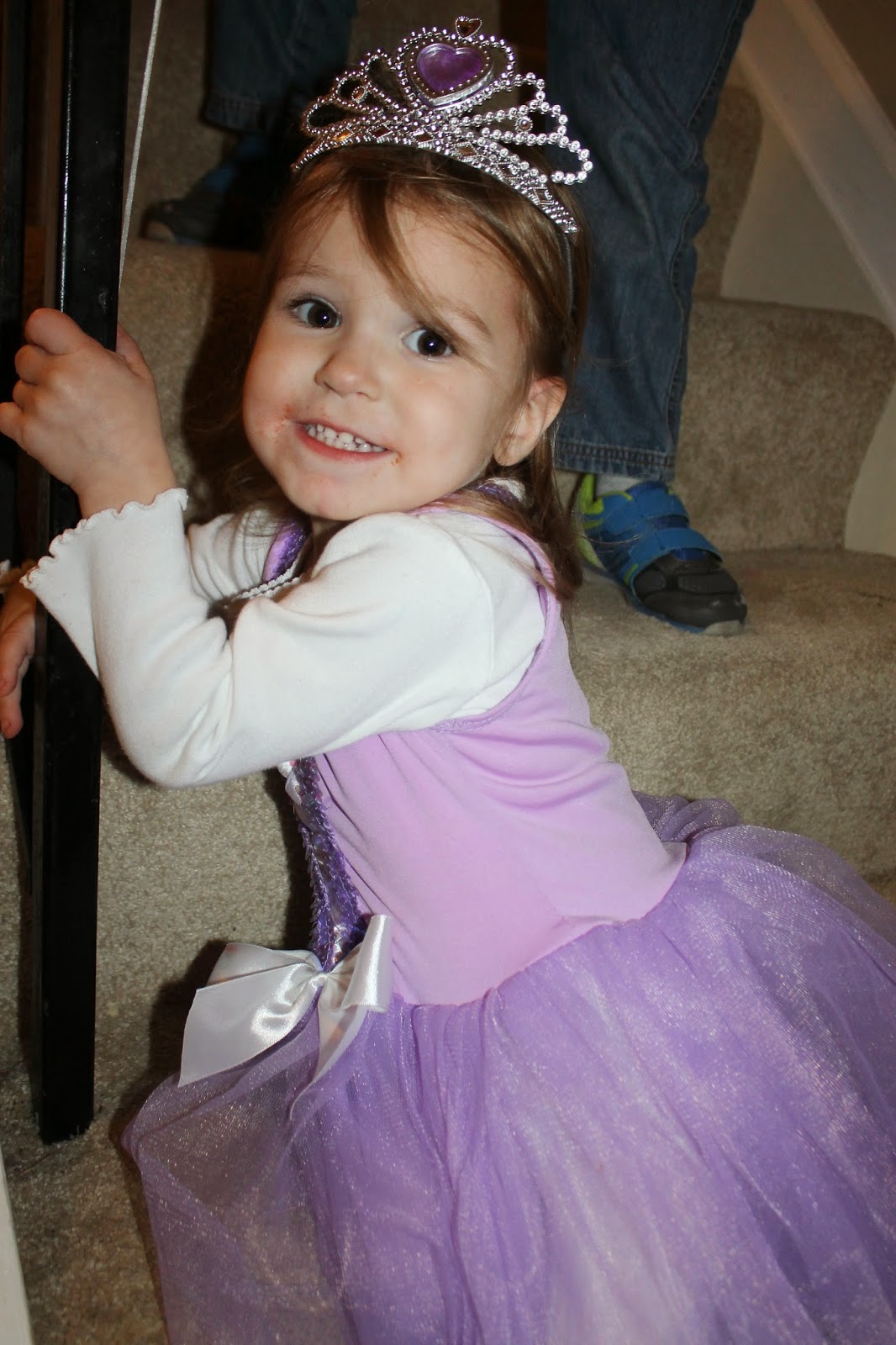 In past years Philip had never made it more than a few doors down before he wanted to go back home. This year, we went out with the two sets of twins on our street. We got together beforehand for pizza, then headed out into the neighborhood. It was so much fun to watch Philip run from house to house, keeping up with his friends and enjoying the excitement of the evening! Julia wanted to be held the entire time, but kept saying, "I want to do another one" each time we left a house. She clung tightly to a handful of her favorite candy - lollipops - refusing to put them into her bag.

By 8:00, Philip was clearly exhausted and his bag was so heavy he didn't want to carry it anymore. We asked him after each house if he was ready to go home. He would check to see if his best buddies were going home yet. When we replied no, he would sigh and say, "I'll keep going." We finally cut him off and the kids were happy to return home and spread out their loot in the living room. 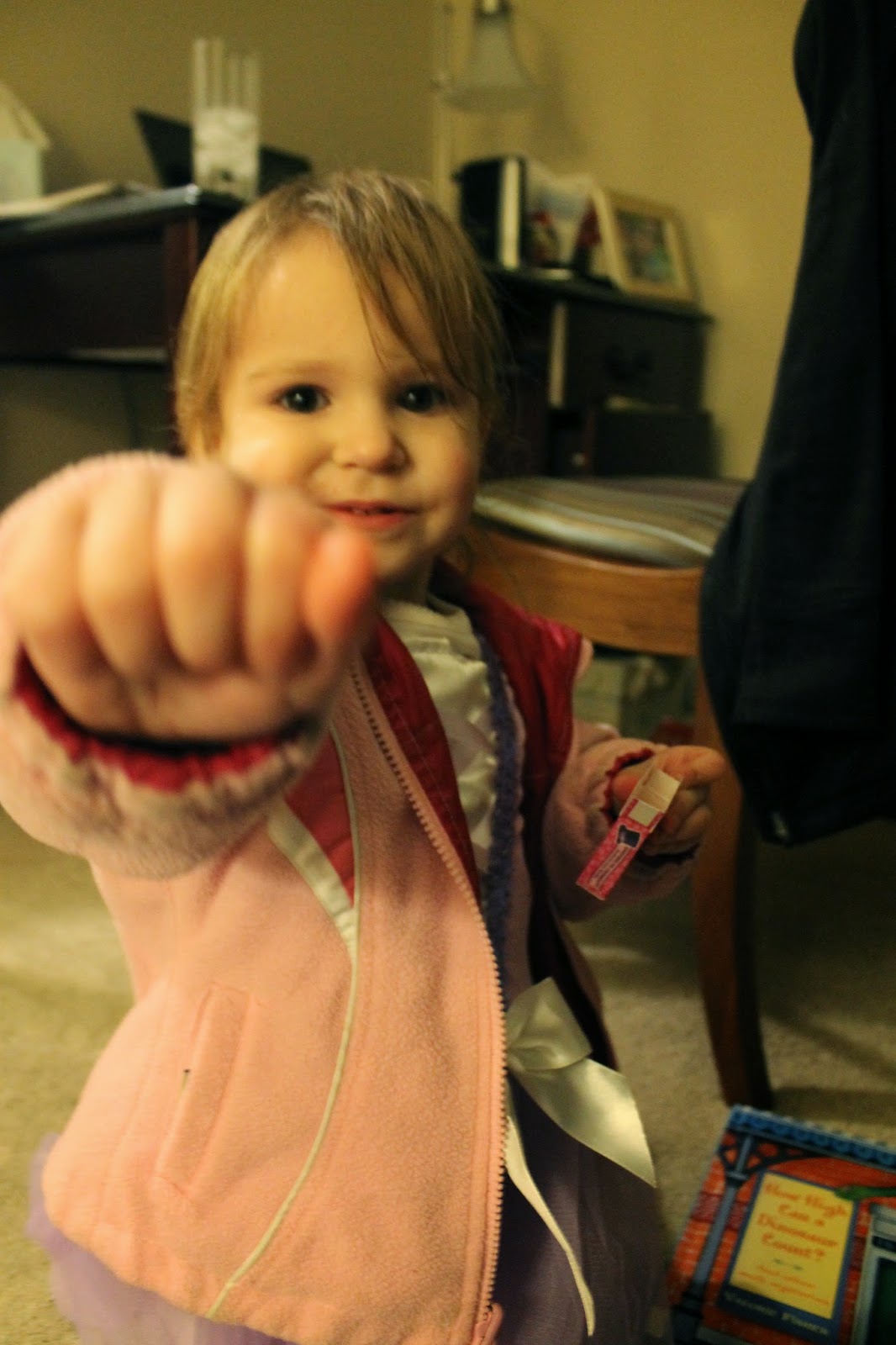 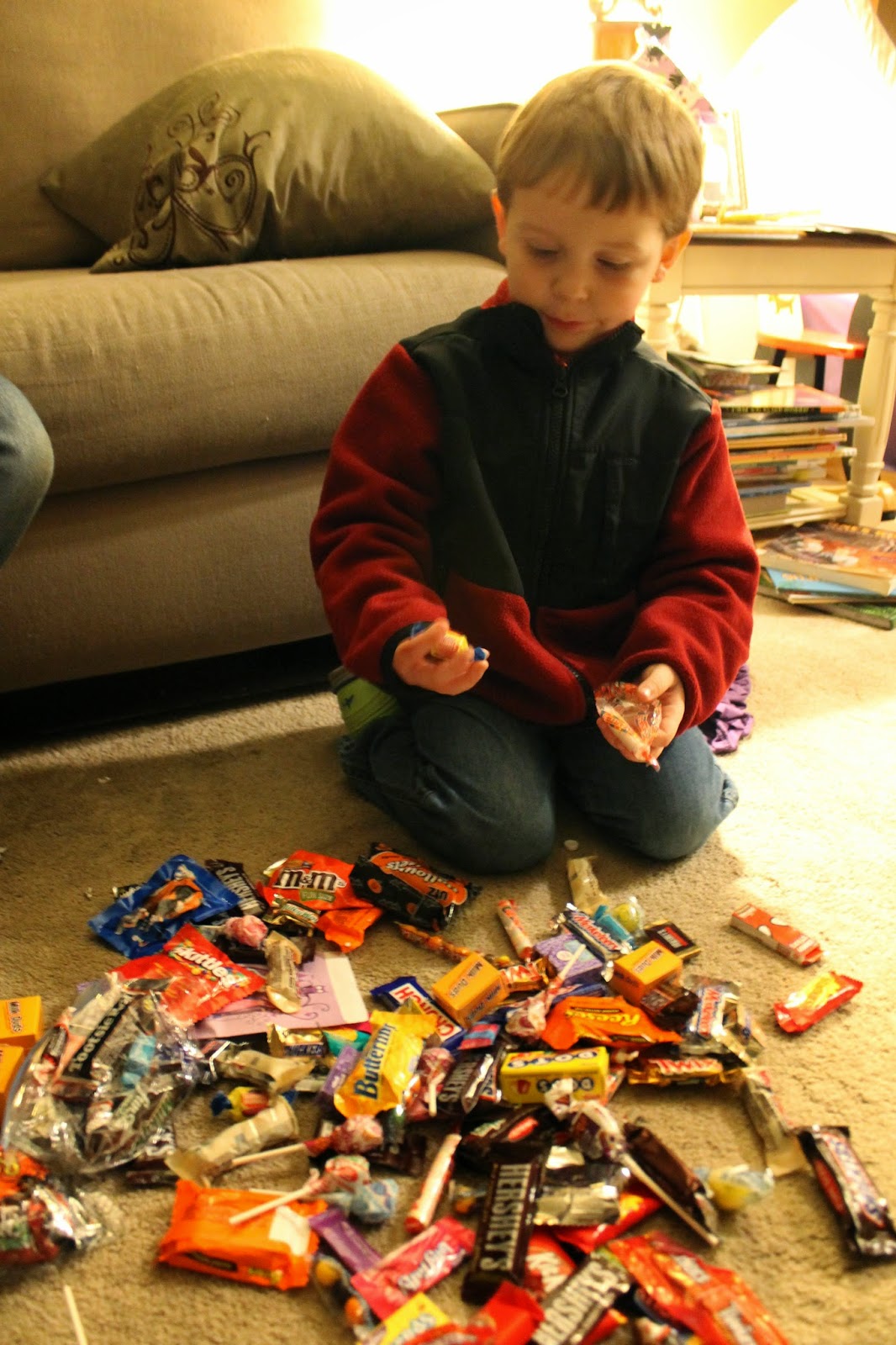 This year's Halloween was a sweet success!
Posted by Joy Complete at 10:54 PM