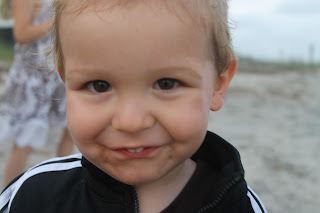 One more month of being a one year old!

Little boy is picking up new words a lot faster now.  He has learned to say bye-bye (sounds like dye-dye).  He can also say his own name which takes varying forms, like Phi-Pup or Pup-Pup.  He can say the name of his cousin, Olivia, and his baby sister's name. 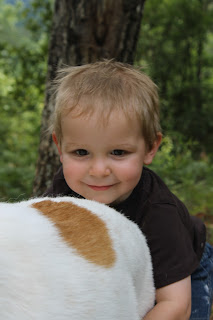 I can tell that he is really understanding us well these days.  He is able to follow multi-part directions and just seems more cooperative now.  He is starting to make more animal sounds and can point to most of his body parts. 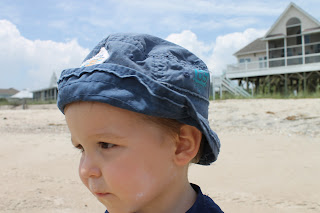 A new expression he picked up from me is Mmmm Hmmm. When he does something and we thank him for it, Mmmm Hmmm is his response.  When we heard it for the first time, both Andy and I knew he got it from me.  I love when he does something nice - like picks up something to give to me - and he automatically says Mmmm Hmmm even before I get a chance to thank him.  One day at the store a woman rounded a corner fast and almost ran into us.  When she said Excuse me, I responded, Mmmm hmmm and then heard Philip do the same.  Too cute! 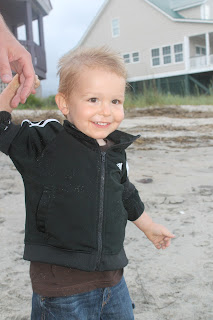 He has started to get very concerned about having dirty hands.  We have to stop to wipe his hands several times during his meals if he feels like they have gotten too dirty.  We hear him say, Oh no! and he will sometimes get really upset until his hands get clean.  Perhaps this is a good thing? 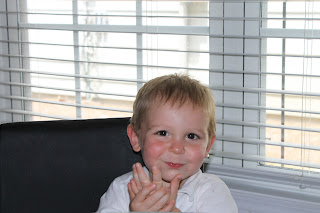 Philip has become really interested in trains.  Anytime he sees one, he exclaims, Choo choo!  He pretty much associates anything that is in a line with a train.  He lines up the food on his plate and crayons in our grout lines to make trains.  This is my favorite thing that he associated with a choo choo train: 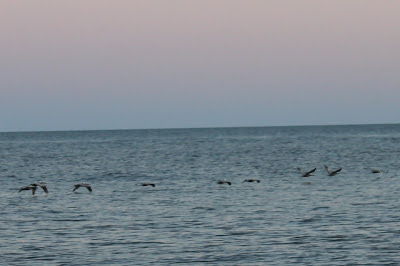 A flock of birds that flew by at the beach - Choo choo!  called out Philip

I would love to know what Philip is thinking and it is really cute when he says choo choo or meow out of the blue. It gives me a little insight into what is going on in that mind of his. 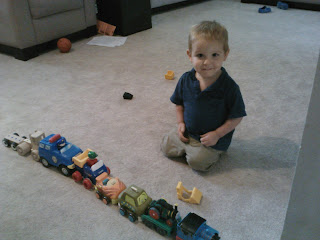 He is still shy even though he has been exposed to a lot of family this month and is a bit more loose around them.  When we go to playgroups, he likes to take me by the hand into a quiet corner of the room so he can play.  I've also noticed that if someone comes up to talk to me at playgroups, he will only let me talk for a couple of minutes before he grabs my hand and takes me to another quiet area.  He does let his hair down, interact with other kids, and get silly when he is somewhere he feels comfortable.  It seems that it is just a slow process and as Andy said recently, Philip requires a lot of parental reassurance. 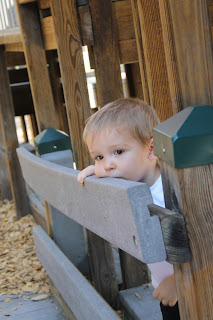 I am often saying, "I've never met anyone like you, Philip" - usually when he is being silly.  For some reason, this especially happens at dinnertime and just afterwards - he has always been really energetic after dinners. We love our little boy and the personality that he has. It is so fun to watch him unfold. 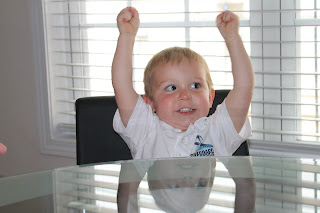 This is a typical Philip being silly look.
Imagine him clenching and shaking his hands and making humming noises.
Posted by Joy Complete at 10:35 PM