We were blessed to go on a nice extended vacation this year. We started with a trip to the beach with Andy's family. It was Julia's first time to the beach and she loved it! 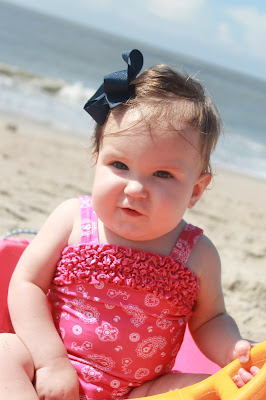 Philip also had a great time, as he always does at the beach. This was the first year he really anticipated the trip and he kept telling me, "I ready a go to the beach now" for weeks before we left. 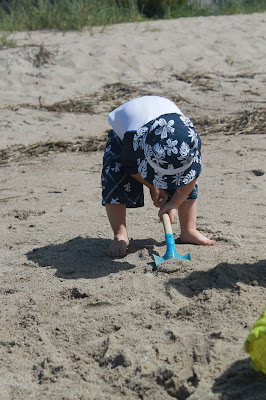 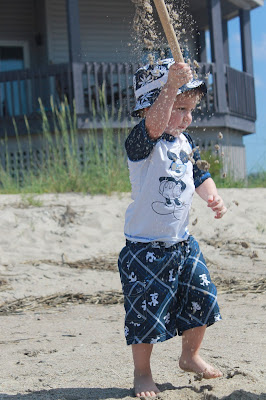 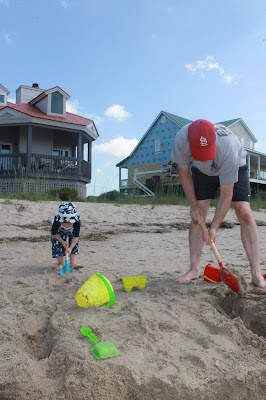 Andy's brother turned 40 this year and as is family tradition, we held a party to roast him. It was filled with fun, humor, and heart-warming stories and no one could believe when two hours had passed since we started the roasting. So much fun! 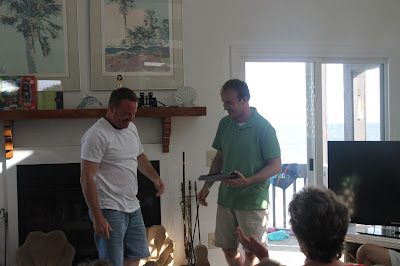 
We had an exciting Isle Mile this year. For years we have been waiting for one of our nephews or nieces to beat Andy's brother in the race. Finally. this year our 15-year old nephew beat Andy's 50+ year old brother in a very close race. Final time: 5:49 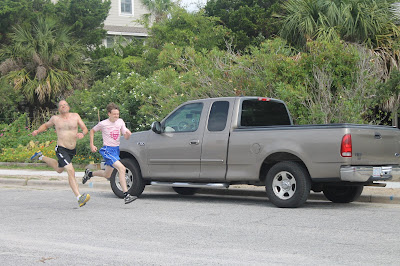 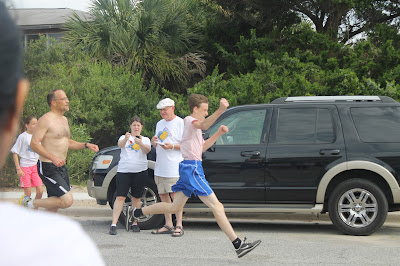 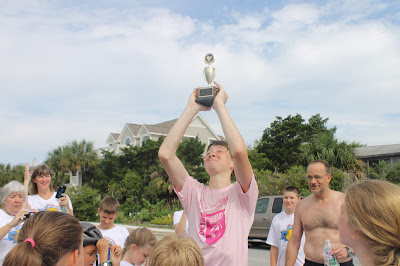 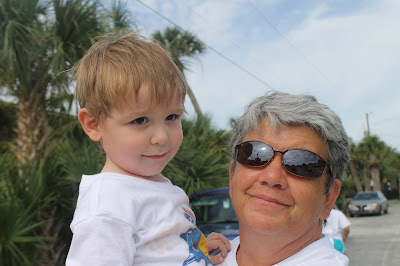 Philip with his GREAT Aunt Theresa 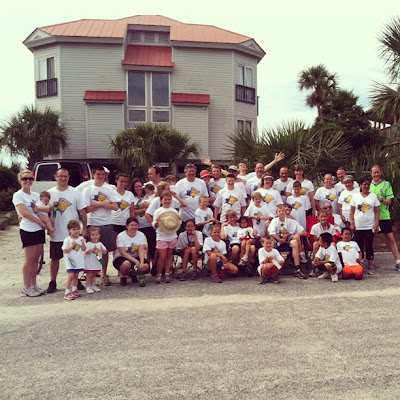 This year's runners
My sister-in-law was nice enough to have a special race shirt made up for Julia.
It will fit her for a few years to come! 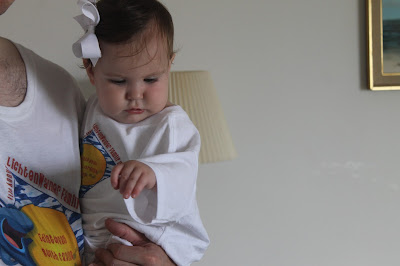 I wish that I knew how to use (and owned Photoshop), because wouldn't it be perfect to put these two pictures together? I can't ever get a picture of them both looking at the camera and smiling at the same time! One day... 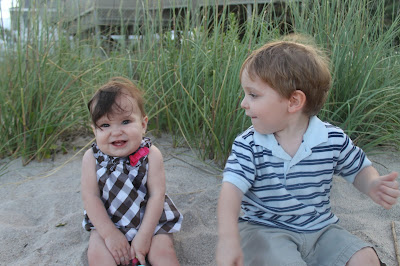 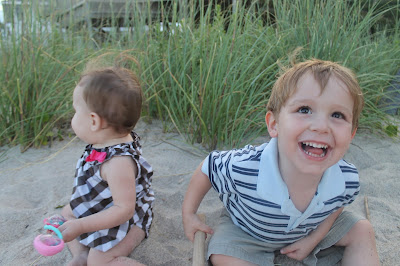 Sibling conflict was at a minimum since the kids were so engaged playing in the water and sand. It was such a nice reprieve! 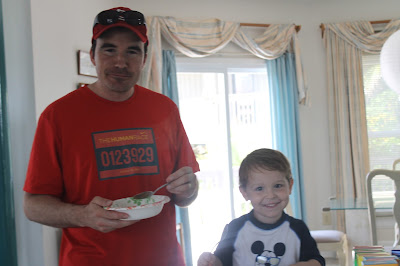 Philip learned what Froot Loops are on this trip


On our last night at the beach house, Andy and I went out on a date for the first time in almost a year (I know!). Andy's parents and other family members looked after the kids. Weeks later Philip described to us every bit of how the night went. "Julia was crying and garble garble  picked her up. And I was crying and garble garble picked me up and let me play Angry Birds." 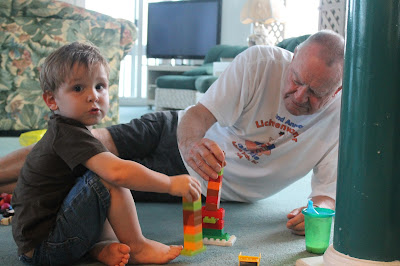 When we got home he was busy playing Legos with Grandpa and didn't bother to get up to see us.


We were at the beach for the Supermoon of 2013. It was so beautiful and just amazing how bright it made the night sky. 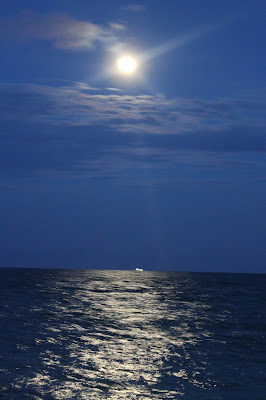 We were the last ones at the house this year and the morning we were leaving Philip kept wondering, "Where did all the friends go?" What a sweetie!
Posted by Joy Complete at 10:42 AM