March and April in Review

I missed my update last month - by the time I was getting around to it, it was almost April and I figured I would just do one big update, instead. So, here we go! 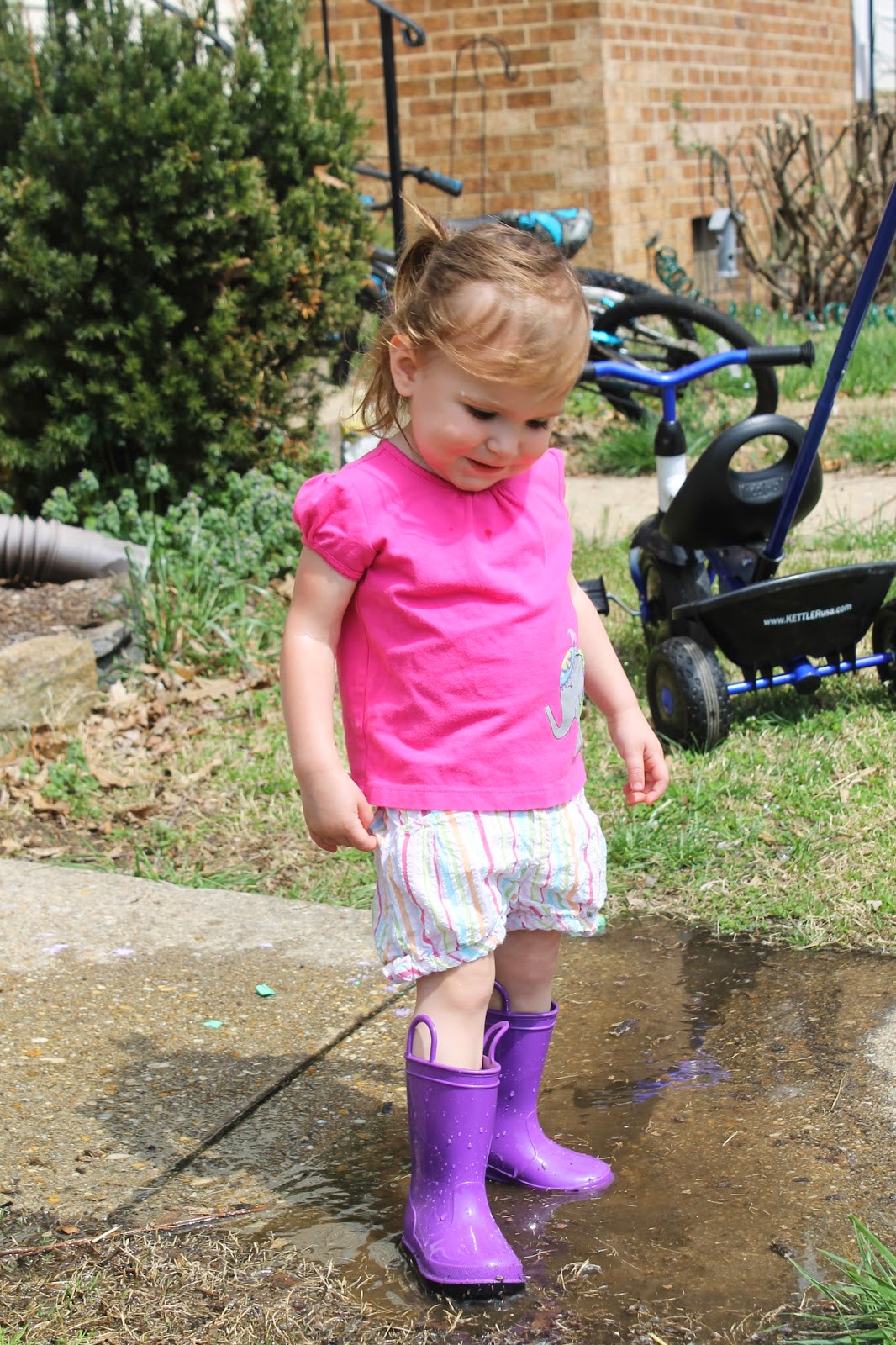 The month of March came in like a lion (lots of snow) and went out like a lion (stomach bug). In between, we had a little fun. At the beginning of the month, we went to see Jack Hanna's Into the Wild animal show. We actually had never heard of him before, but I thought my kids would like to see a show with real, live wild animals. It was also a good way to test out how they would do in a theater situation. Before the show, we asked the kids what animals they would like to see, and they both agreed that they most wanted to see big Herbies (big cats). They were in luck as they saw a snow leopard and cheetah, as well as a penguin, sloth, armadillo, and lots of other animals that I can't remember now. No pictures from our big night out - sorry! 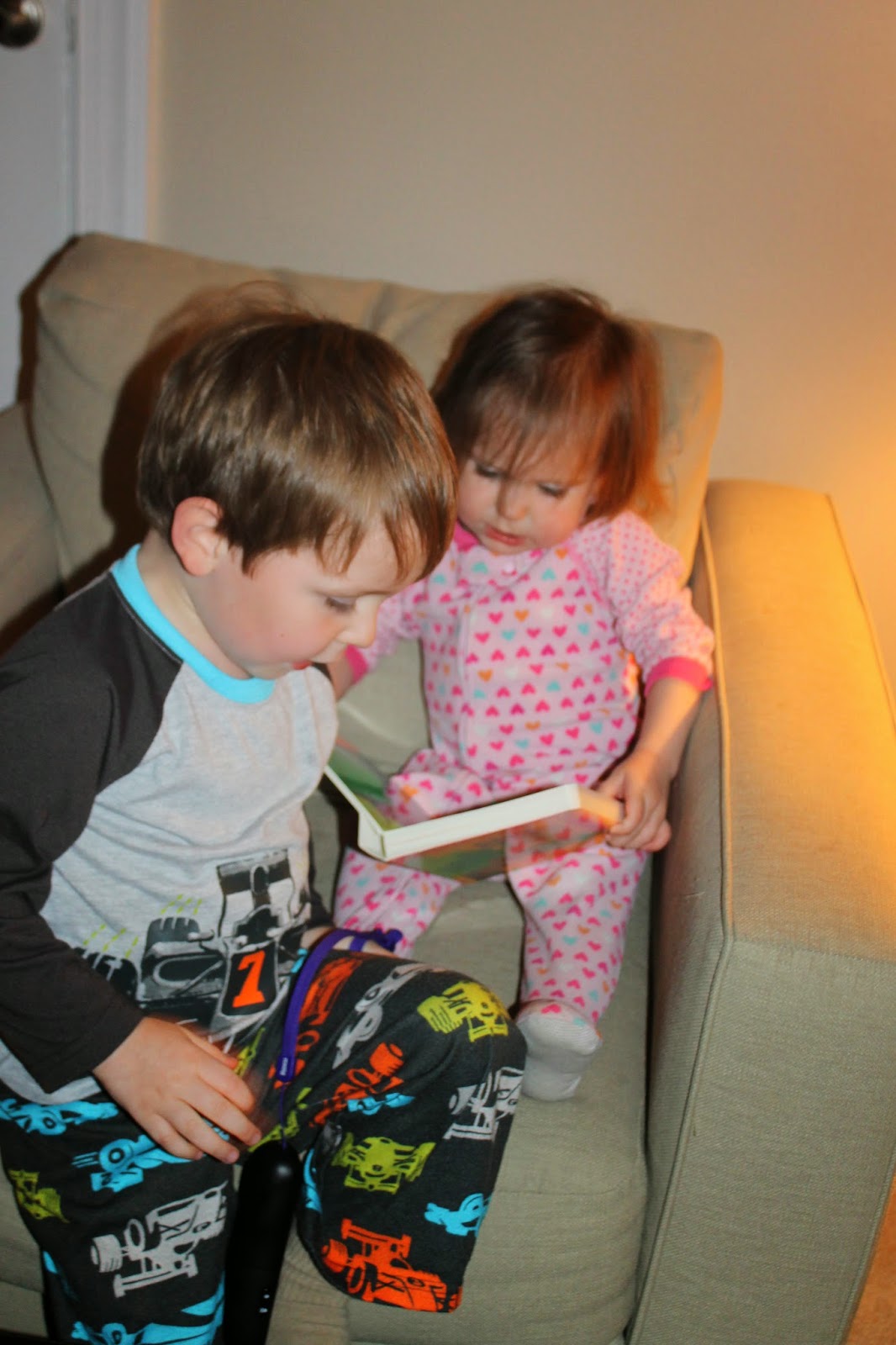 At the end of the month, we visited the Science Center. They have a fun room for young kids, but before we hit that, I thought Philip might like to see the dinosaurs. I was wrong. He was quite scared of them due to their size, and when we got to the area that had sound effects of roaring dinosaurs, we couldn't get the kids out of there fast enough! We spent the rest of the day in the kids room, mainly at the water table. I had purchased a deal off of Living Social and didn't realize that our tickets included an IMAX show. The options were Mummies or Titans of the Ice Age. In other words, not great for young kids. We decided to try the Ice Age one and to get some popcorn in the hopes that Philip would be distracted enough to sit through some of it. Between the dark lights and the loud noises, I don't think he made it through the opening scene. I guess we aren't ready for the movie theater yet! Andy took Philip out to play some more, but Julia surprisingly sat through the whole thing. She was happy to munch on popcorn while enjoying the novelty of it. 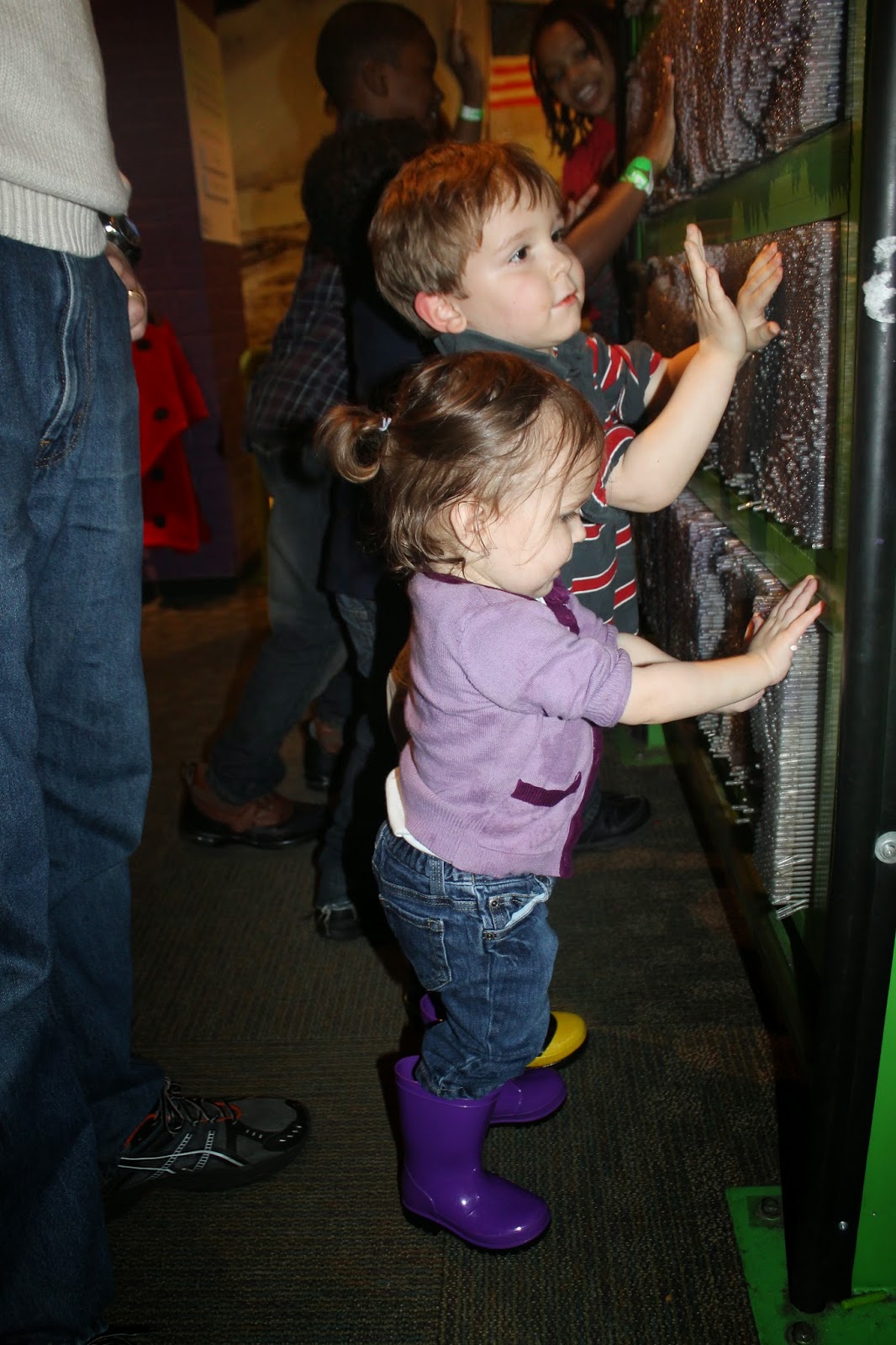 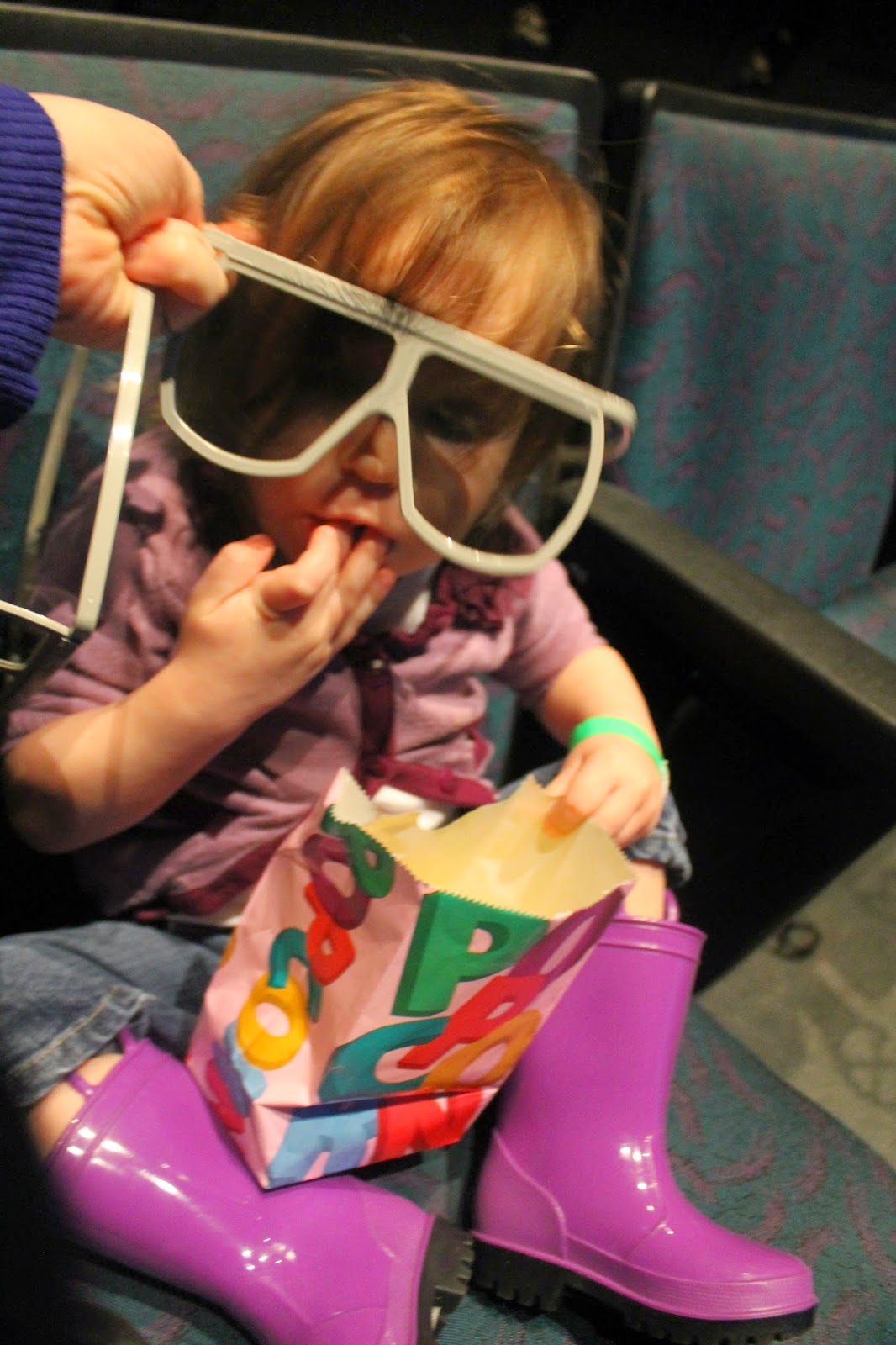 Andy and I had several meetings with a couple who we were helping to prepare for marriage. For Lent, I went on a diet and exercise program called the 21 Day Fix, to help me finally shed the pregnancy weight I gained with Julia that would not come off. I dropped 15 lbs in two rounds of the program - not too shabby for one Lent. I'm really enjoying the structure of the program, and have continued to follow many of the guidelines of the program, while also having some extra Easter treats these last few weeks. I'm not trying to sell anyone on the program, but if you are interested, consider purchasing it through my friend's site (lots of other great fitness programs can be purchased on her site as well). All the profits she makes through her business are going straight to their adoption fund to bring their little girl home from China. Her blog is here.

Unfortunately, we left the museum with a stomach bug that hit all of us within a day and a half. It was the first time we had a bug run through the entire family and it wasn't too pleasant, but luckily short-lived. Afterwards, I was in a mad dash to clean and sanitize every surface in our house before my parents came for a visit. By then it was April and Andy was off on a little business trip to Krakow, Poland and Rome, Italy. He was there just a few weeks before the canonizations. Andy loved Krakow and did lots of touring while doing advance work for an upcoming work project. In between meetings in Rome, Andy was able to take a behind the scenes tour of the Vatican (and spent some times in the Sistine Chapel practically by himself) and attend the Pope's Palm Sunday mass. What a trip! 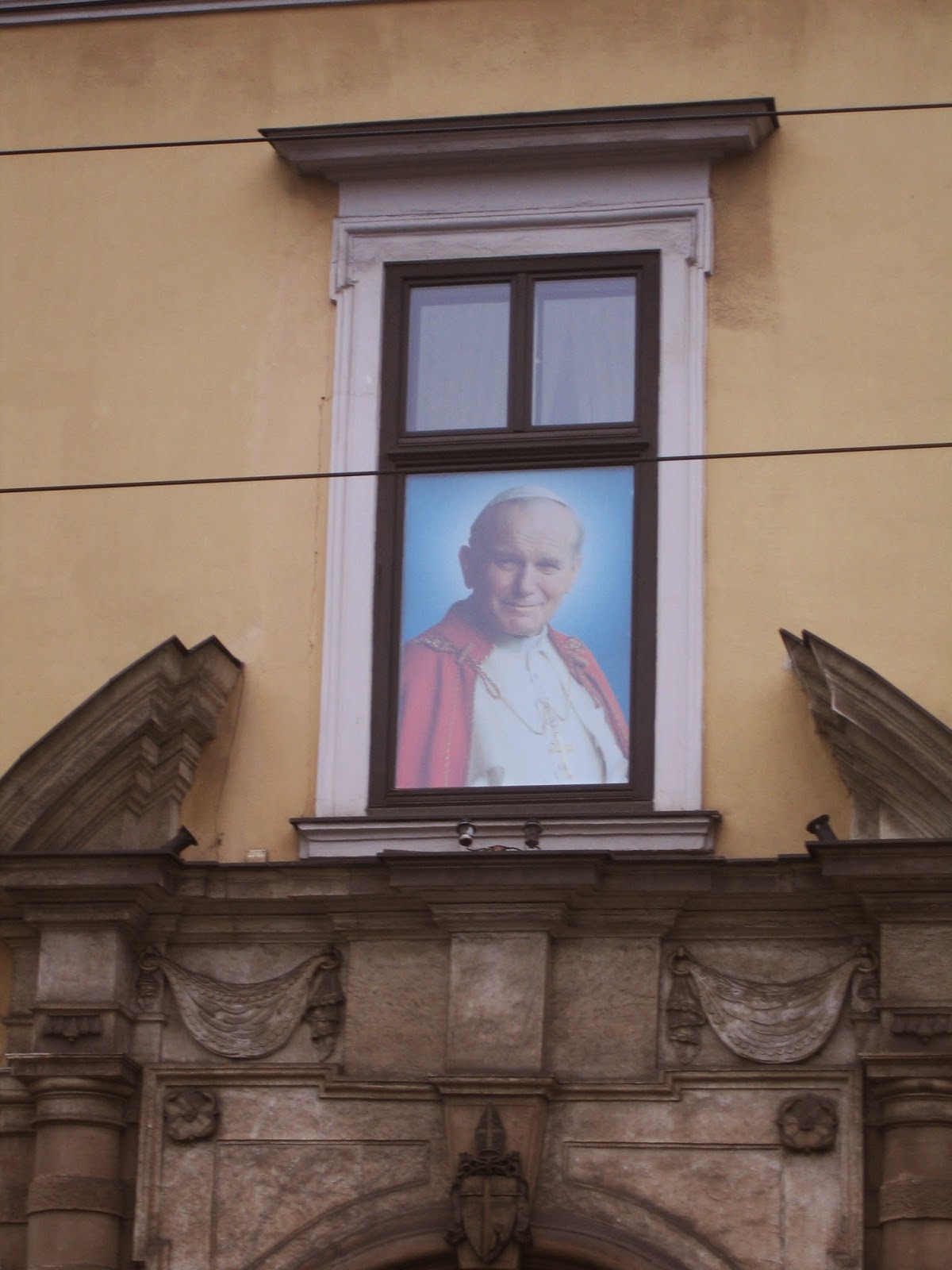 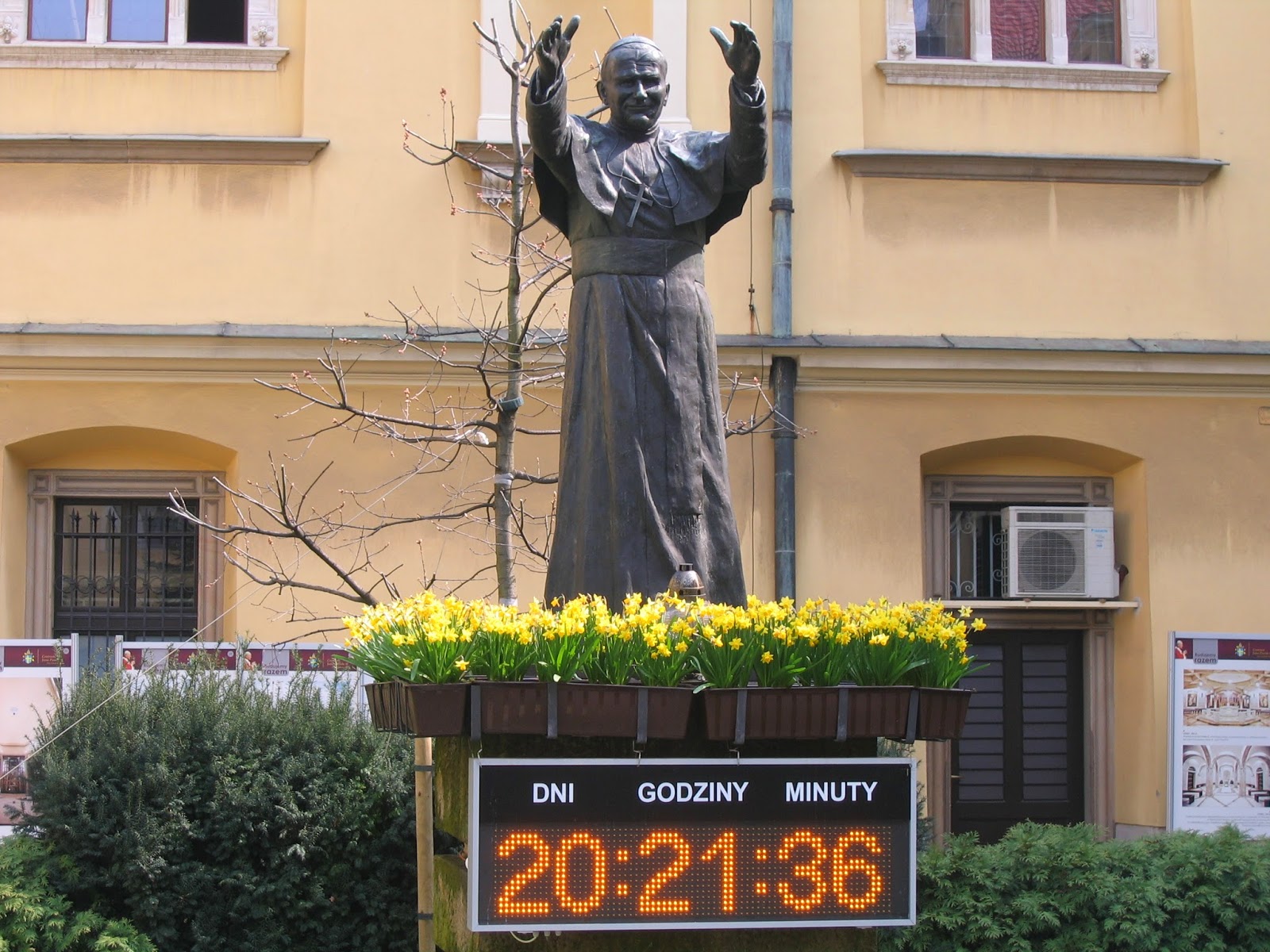 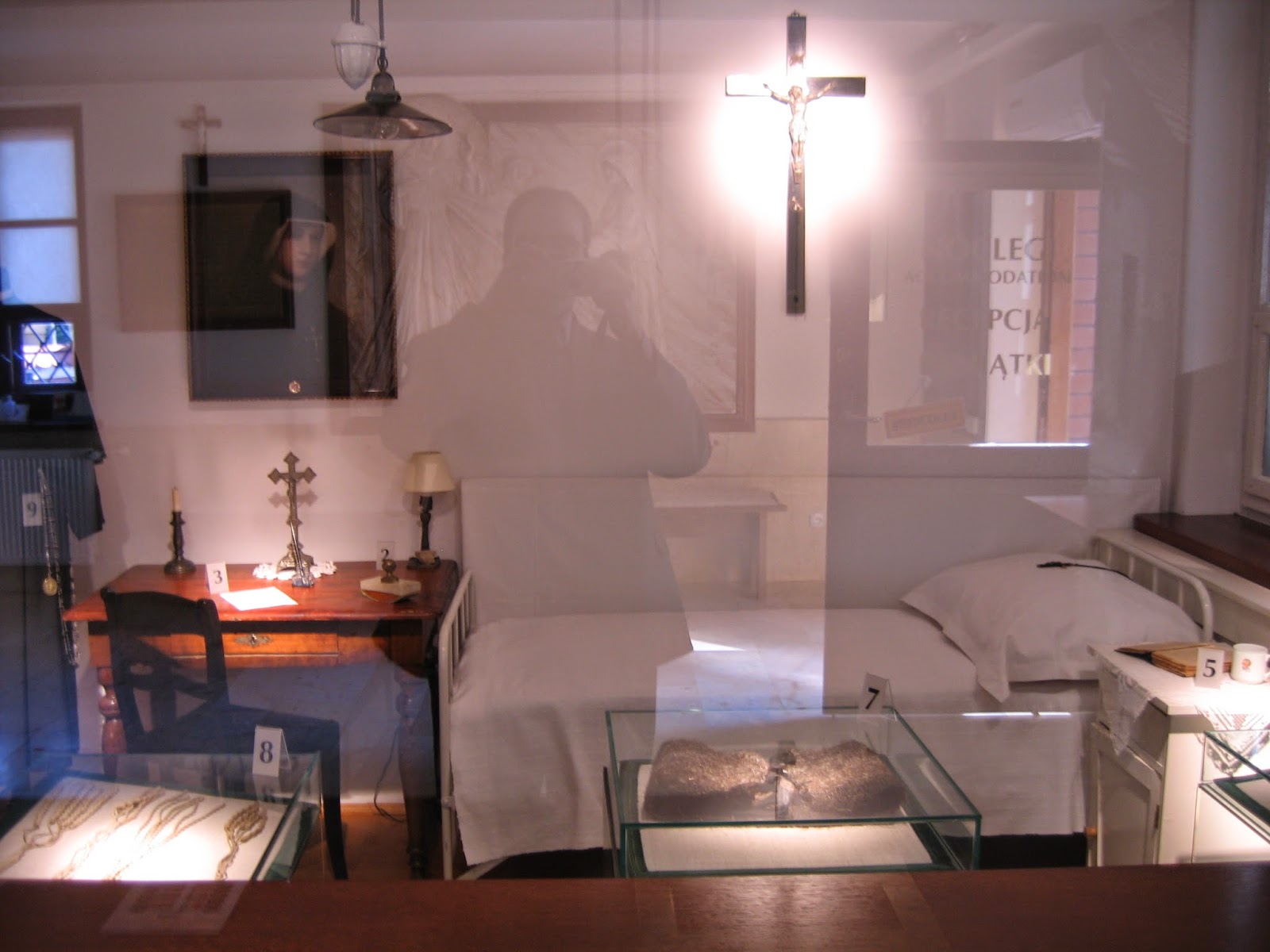 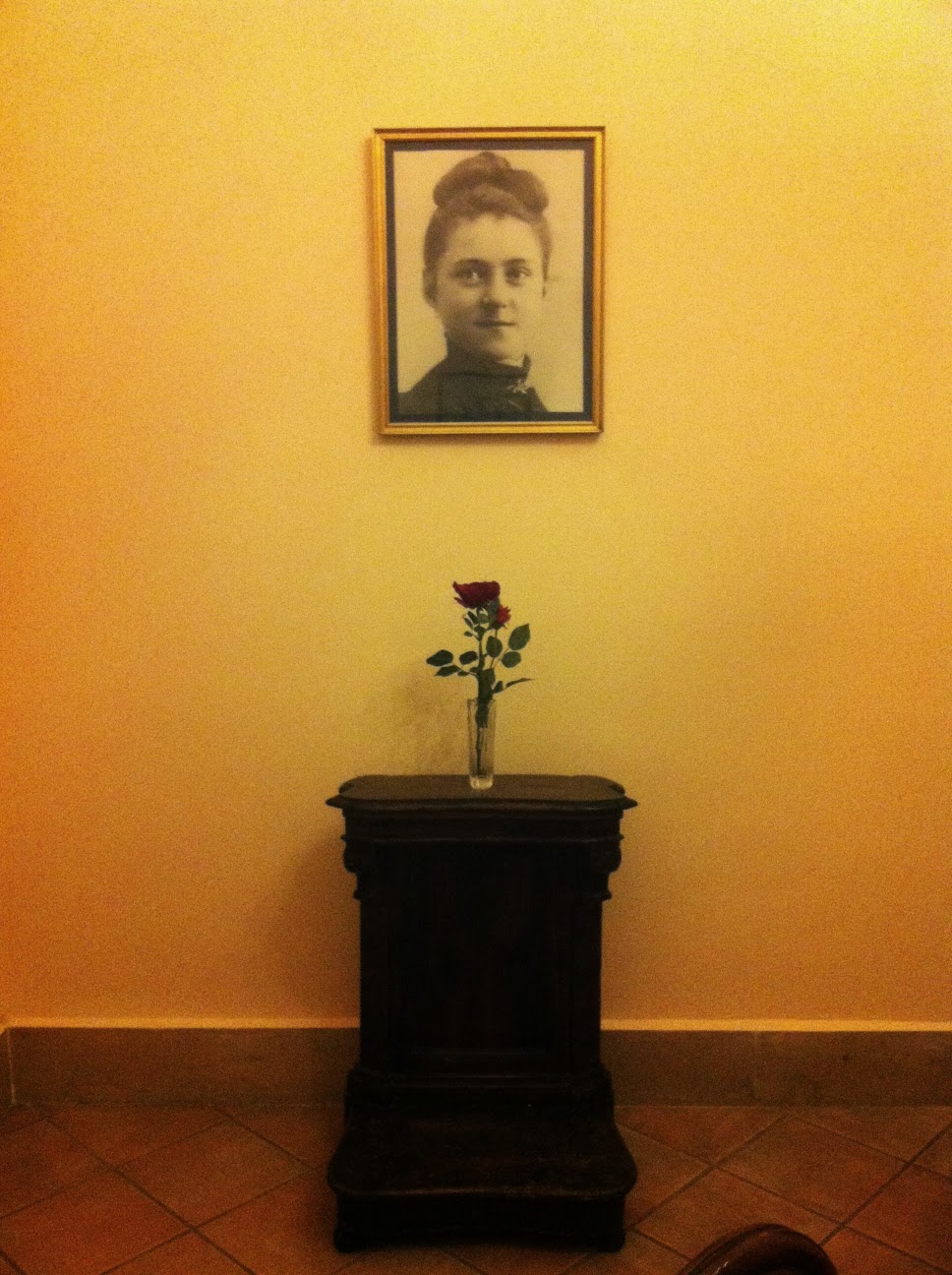 Andy was able to pray on this kneeler that St. Therese used to make a confession while in Rome with her father 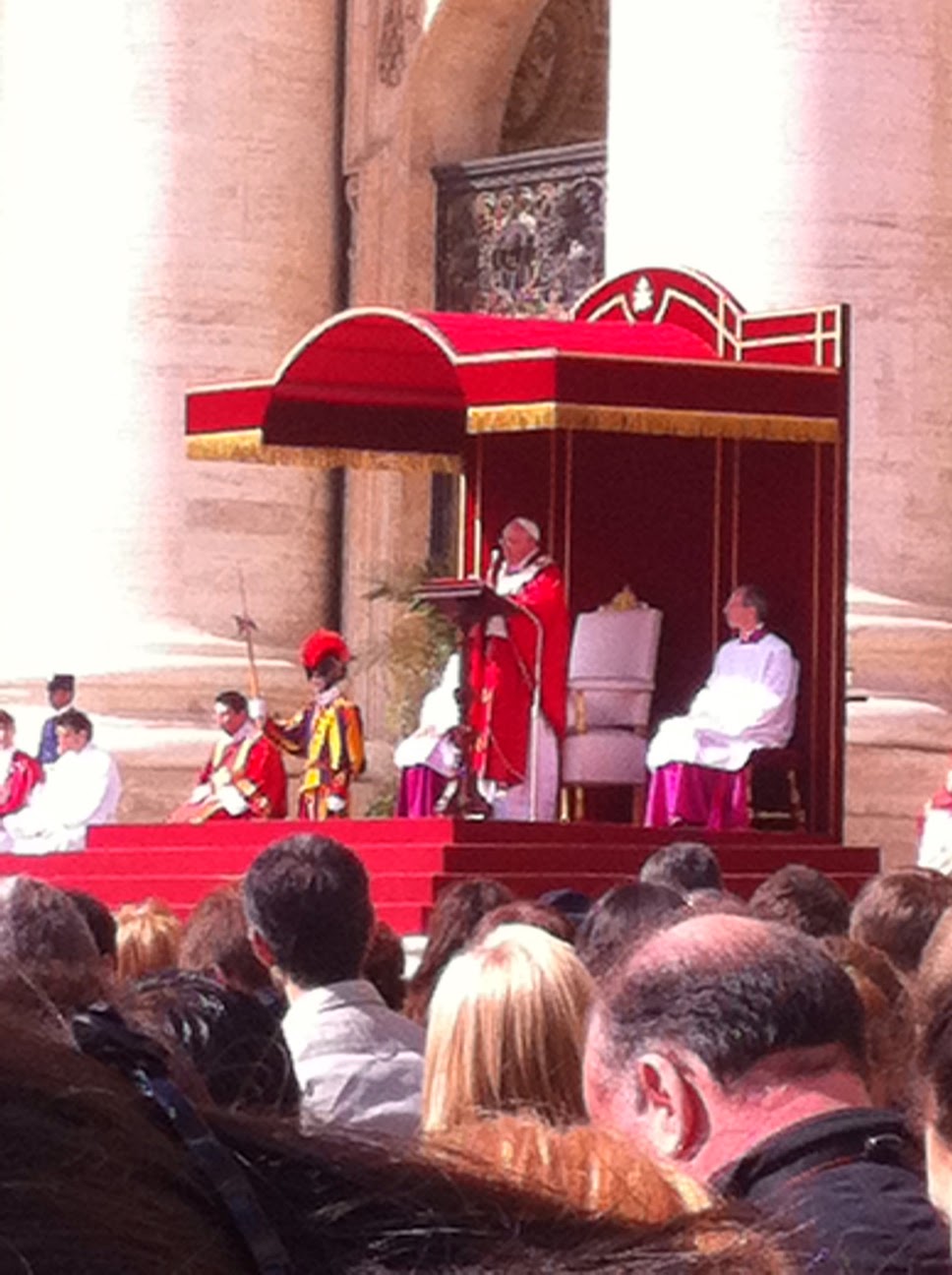 Palm Sunday Mass - Andy was seated at the top of the steps of the Basilica!
Meanwhile, the kids and I had lots of fun with Grandma and Grandpa ("Pa-pum" as Julia called them and "someone else" as Philip called them, "I want someone else to dance.") We enjoyed duckpin bowling,  two Easter Egg hunts, and several park trips. We also got a babysitter one night and my parents took me out to dinner at the Chart House in Annapolis. What a treat! 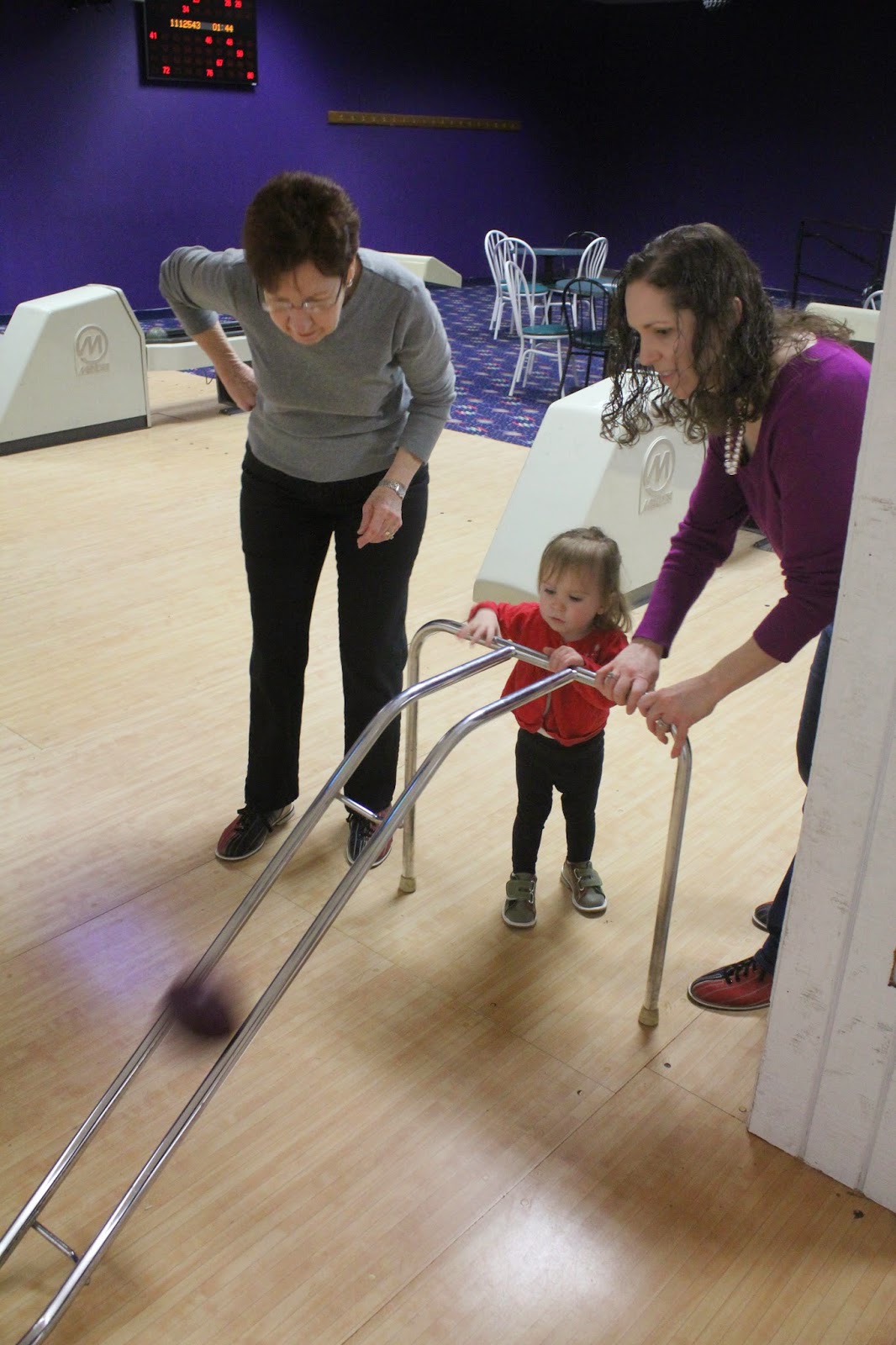 Julia got the first Strike of the day 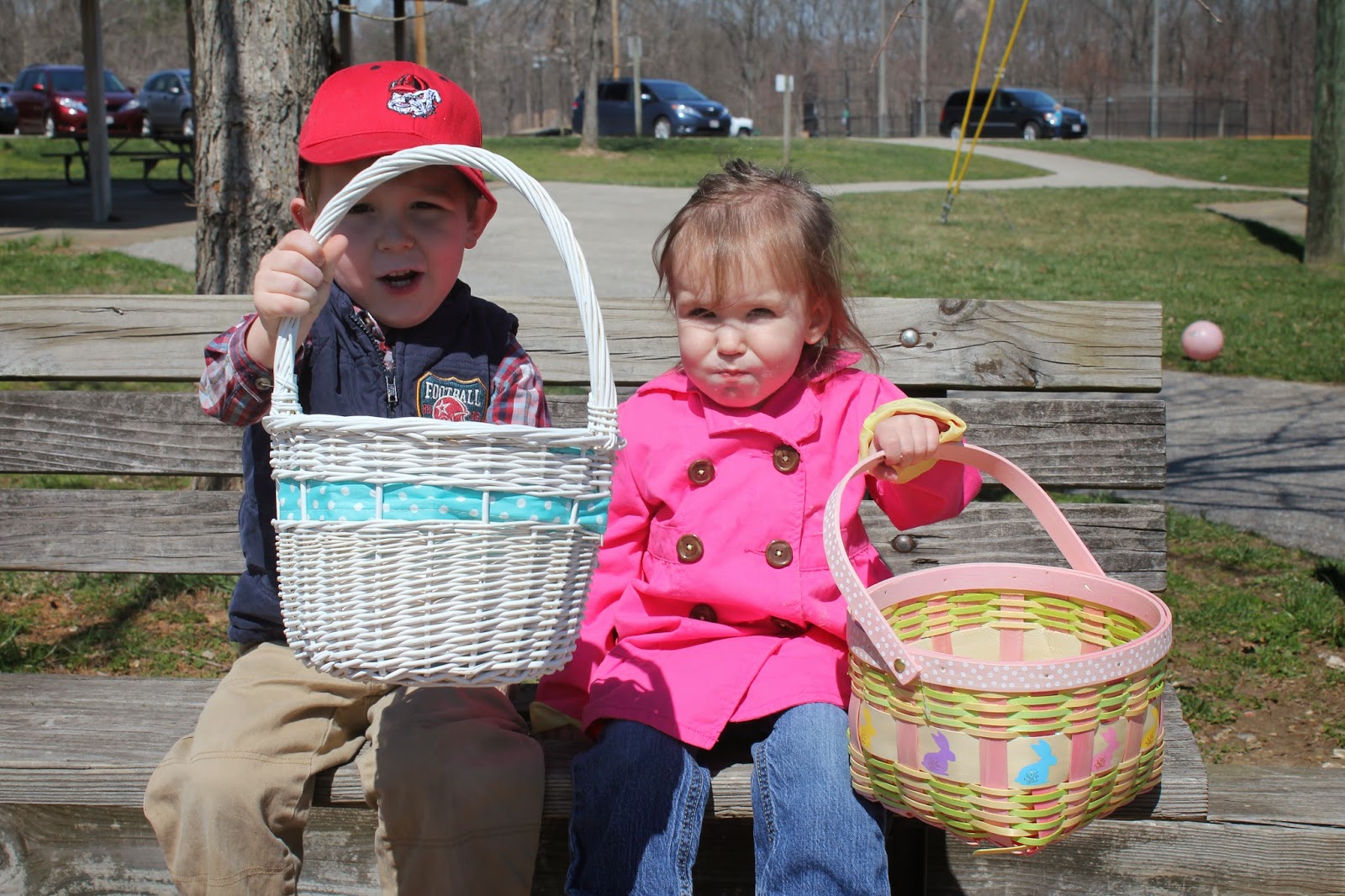 1st Egg Hunt of the season 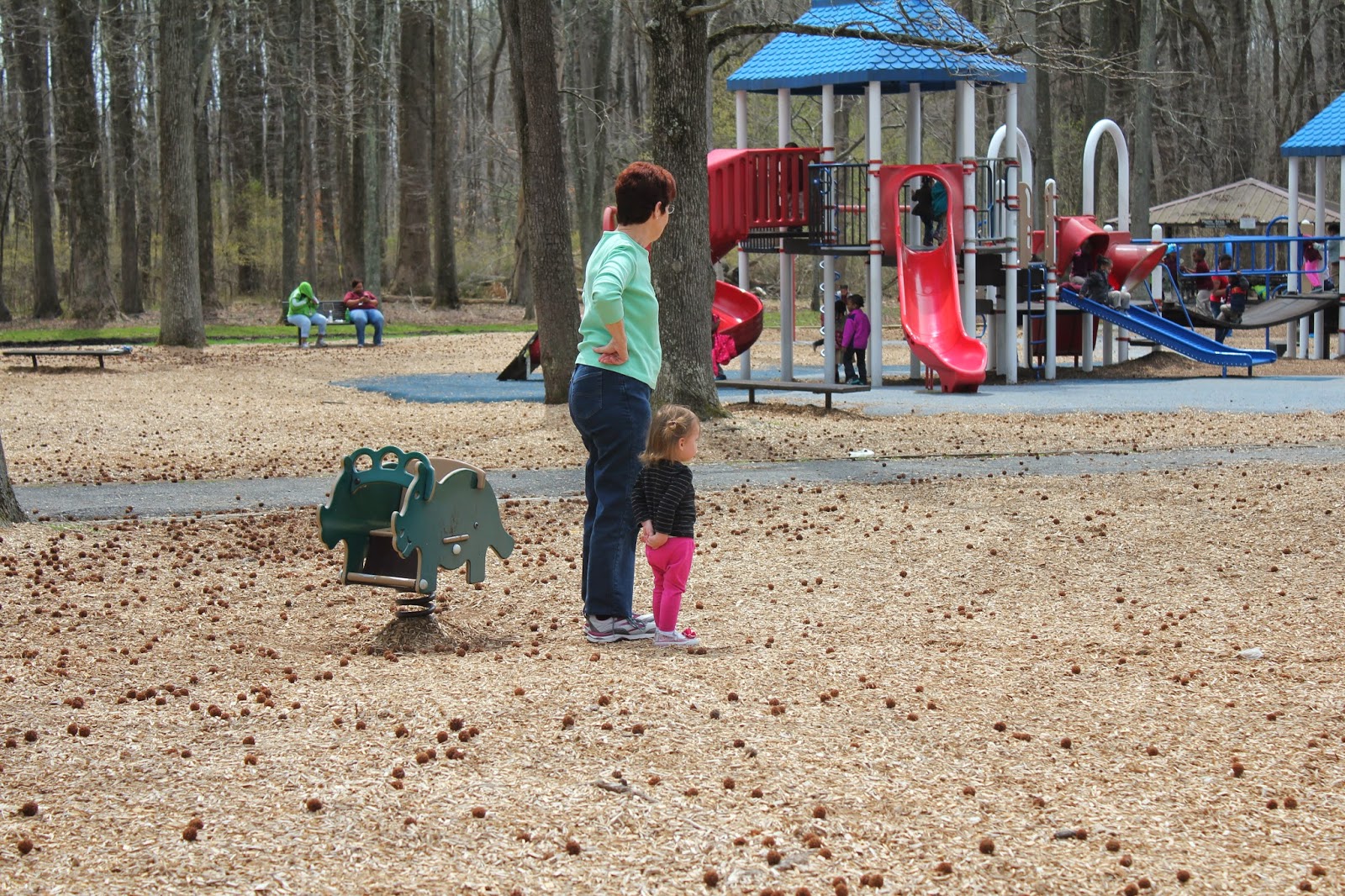 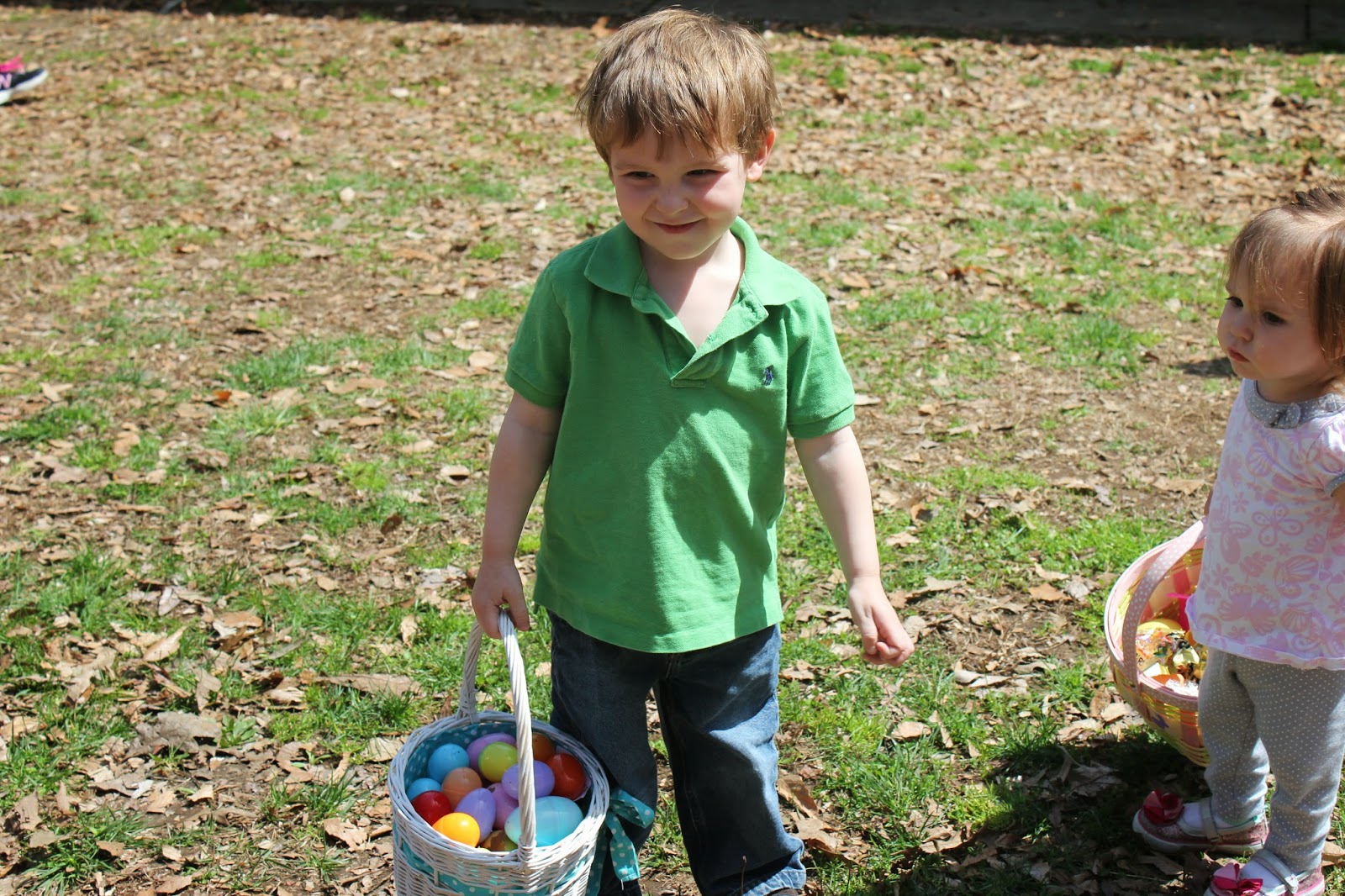 Egg Hunt #2
When Andy returned, we went on our Easter trip, which was so much fun. Philip still often talks about going camping at the bear place and Julia will randomly tell us, "Boo Boo's coming!" The weather was beautiful the remainder of the month and we spent countless hours outside and had picnics in the front yard almost every day. At the end of the month, we took advantage of the nice weather and went to the zoo. On our way home, we enjoyed one of our favorite restaurants that is closer to the city, so we don't get to go often. What a super fun and busy day! 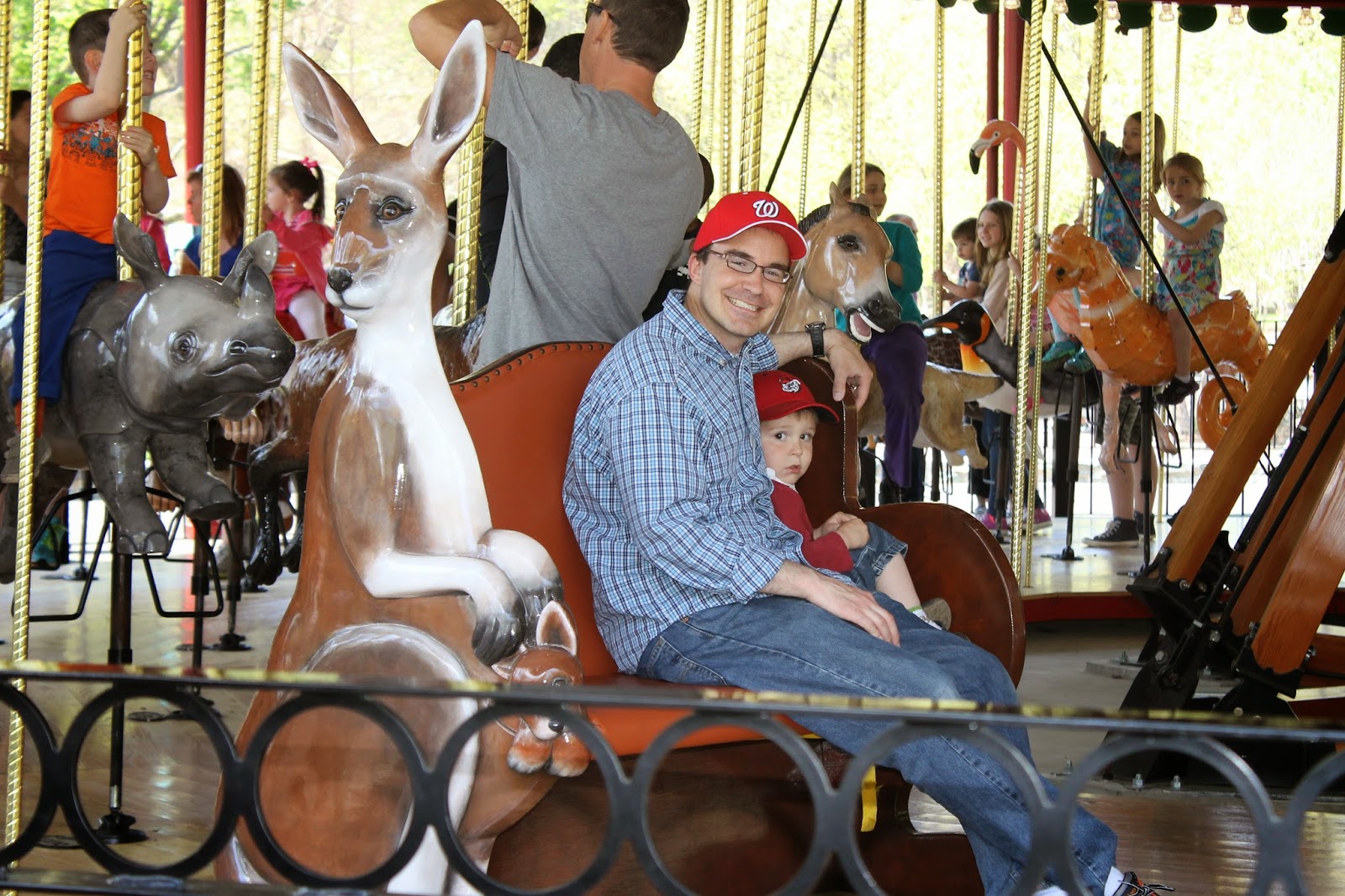 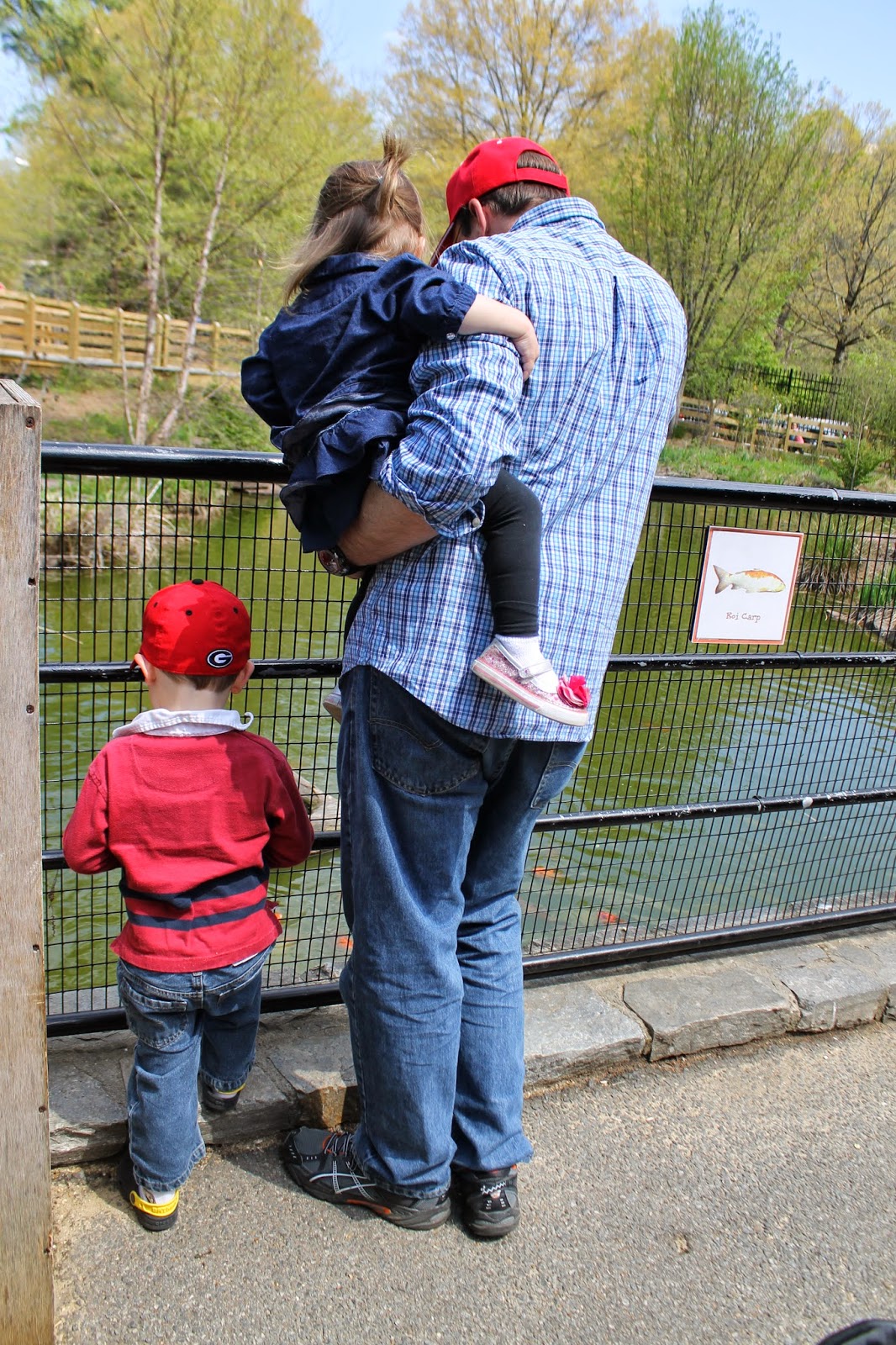 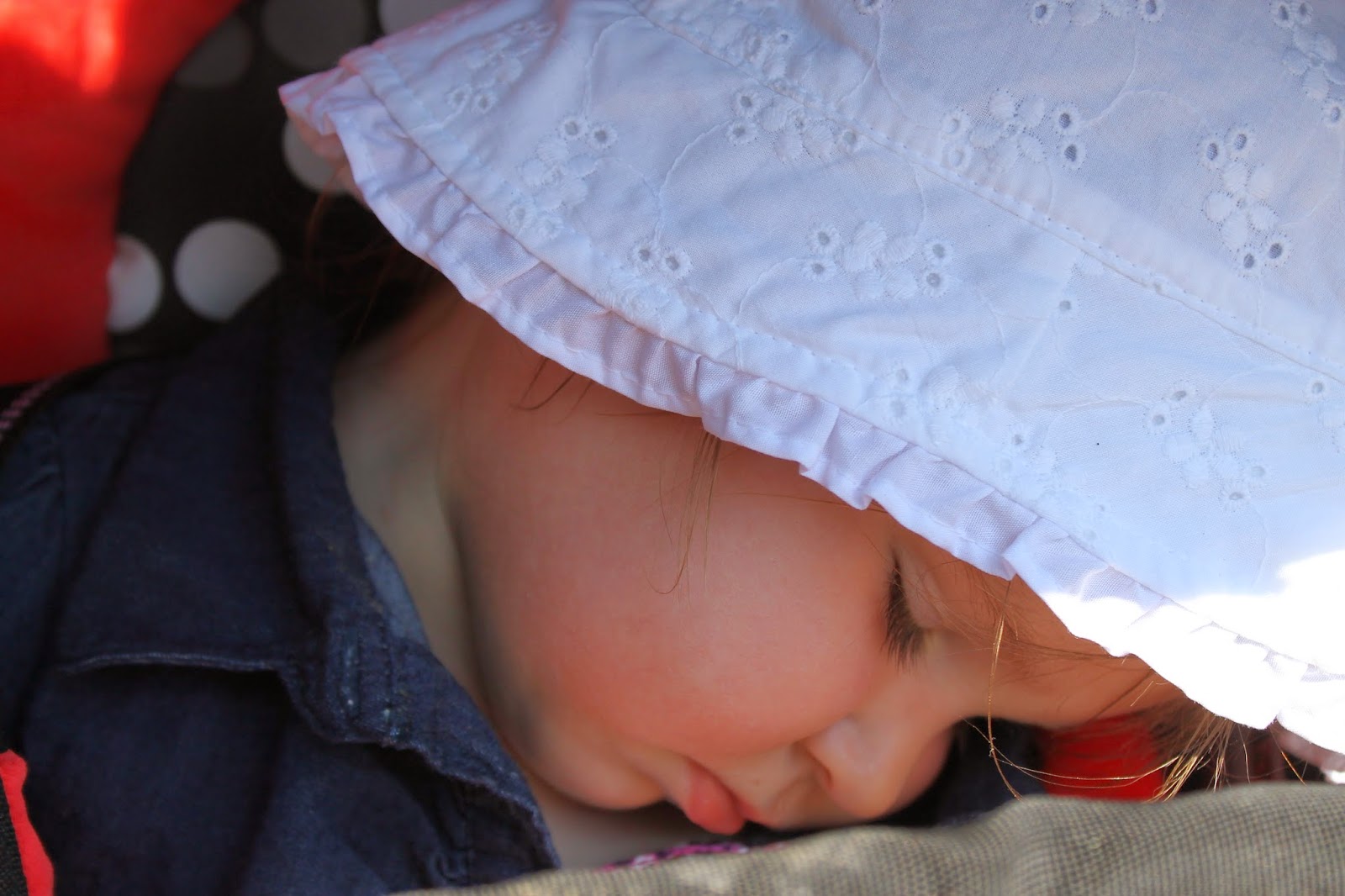 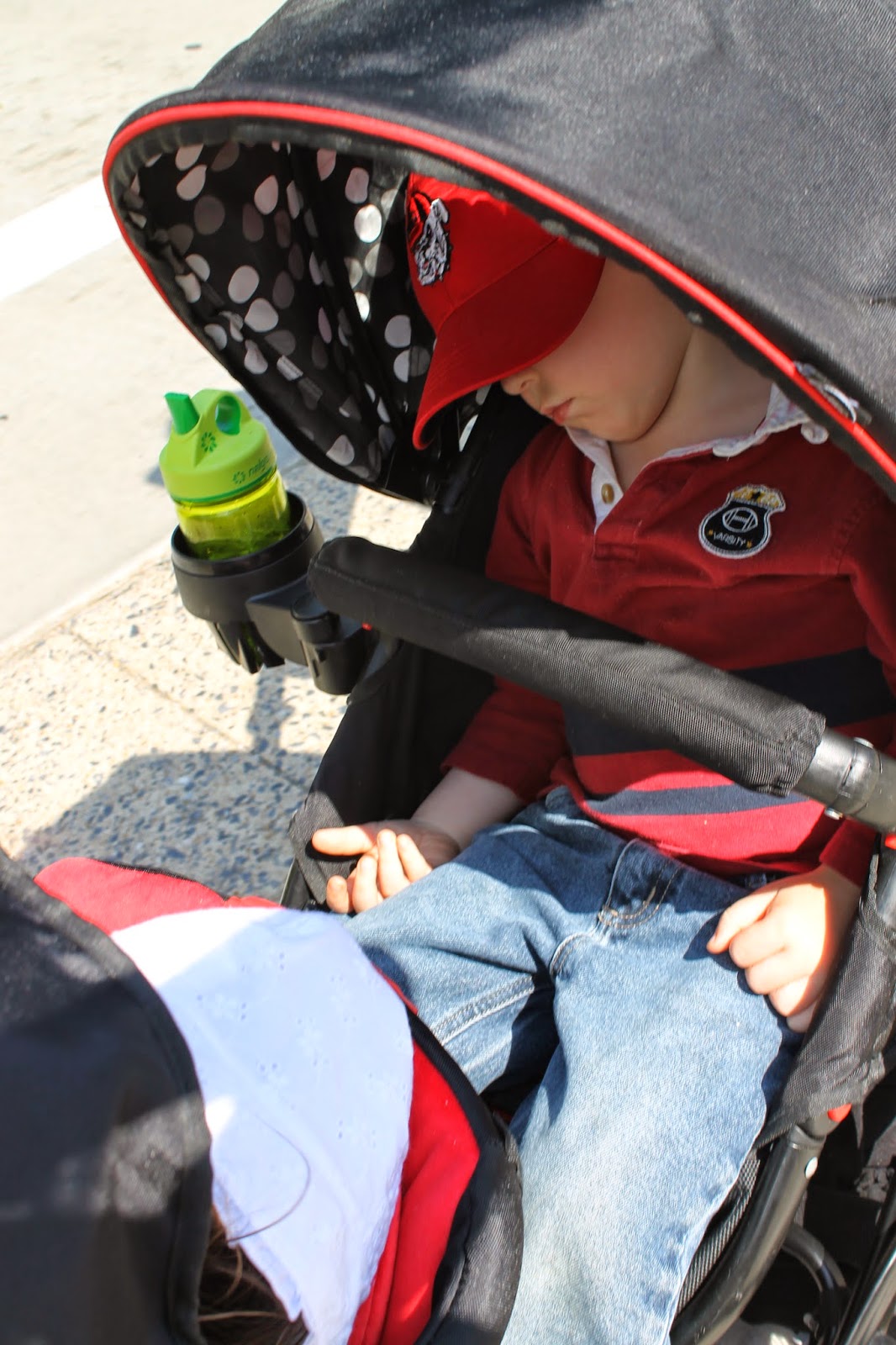 Both were asleep before we left the zoo 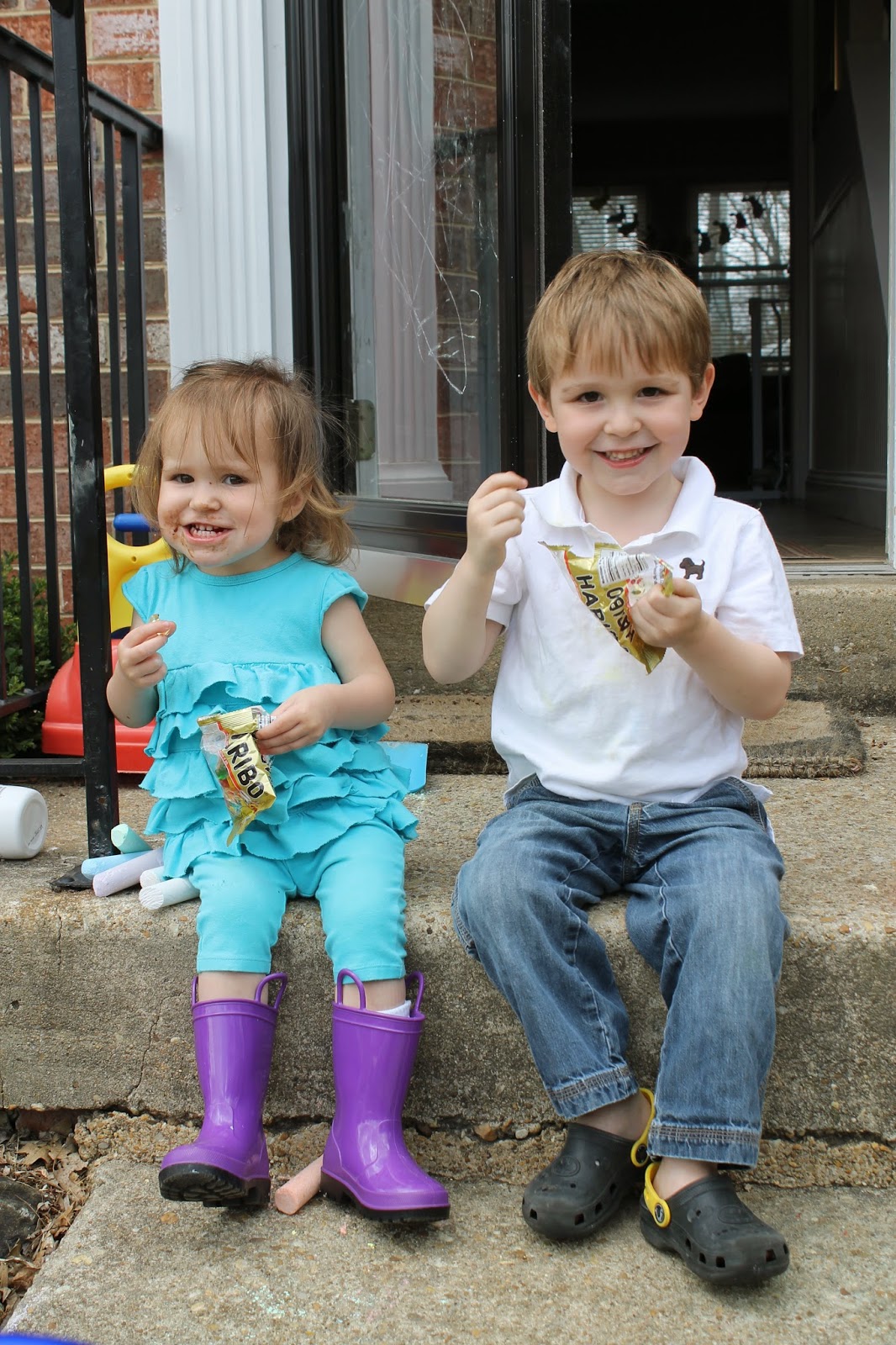 Some kid highlights over the last two months:
Philip and Julia (20 months) started having back-and-forth conversations. I love to hear what they are chatting about. They are both getting into coloring and I am so happy that they can be occupied by crayons for longer (though not much) than 2 minutes. Philip started wanting to make projects for us and giving them to us as gifts. Many of his projects are art related, but he would also build Lego towers or other things out of toys and say he was making it for one of us. He also started bringing me gifts of flowers, grass, etc. when we are outside - makes my heart melt every time! Julia learned how to walk down stairs front-ways. She spent a lot of time walking up and down our steps over the past couple of months to practice. This is such a big help! Another big help and relief is that she has learned how to hold hands. Previously, she would try to pull her hand away when I was trying to hold it, so this is a big breakthrough, especially when I need to keep her close to me! She continues to astound me with her vocabulary and ability to string words together into sentences. One morning she told me, "I want more blackberries please, Mommy." I can't believe that is coming out of the mouth of my 1-year old! She loves to mimic everything Philip says and does. Such a baby sister! 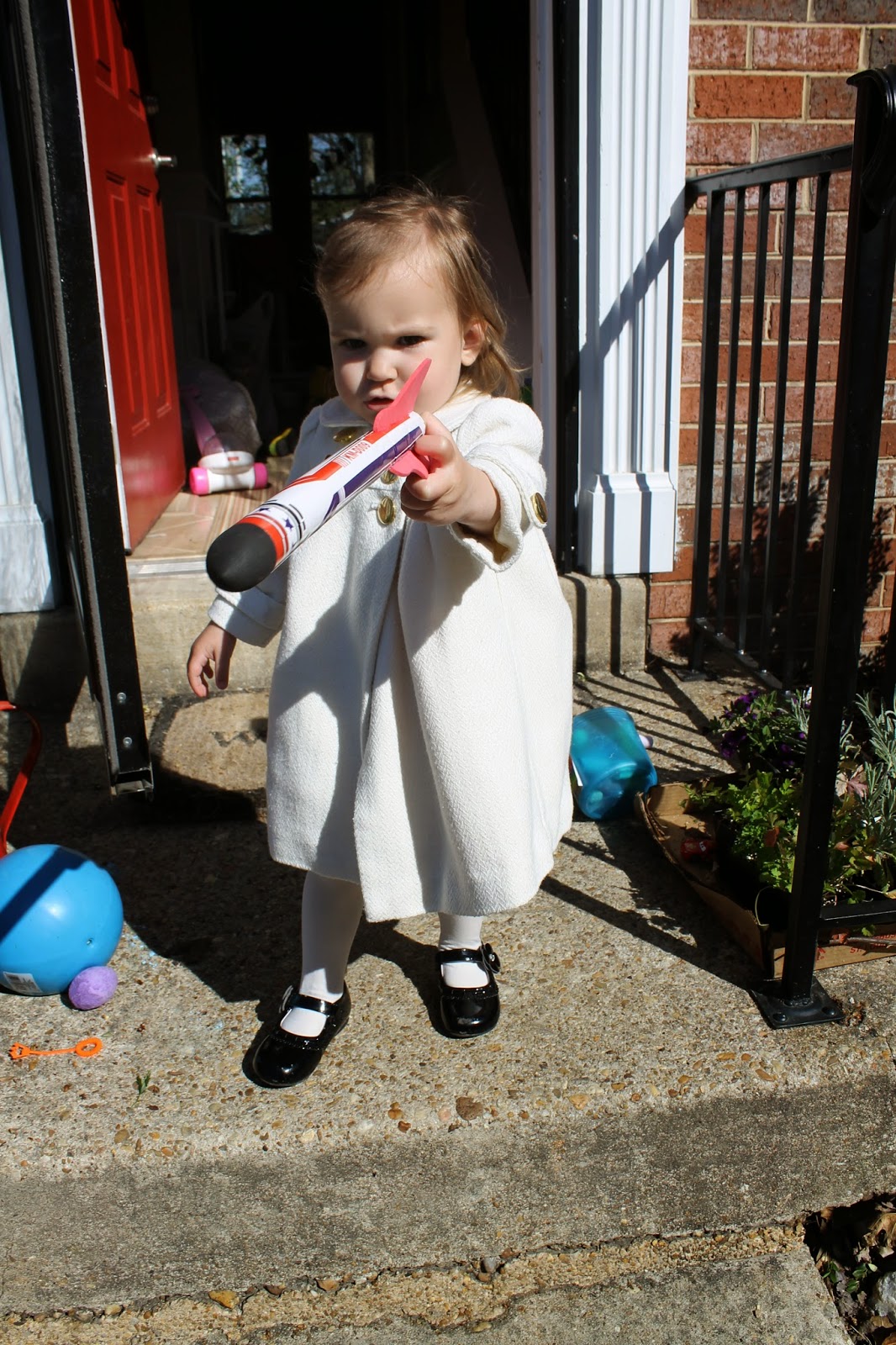