February was a very cold month this year. At least we had a good amount of snow to play with! 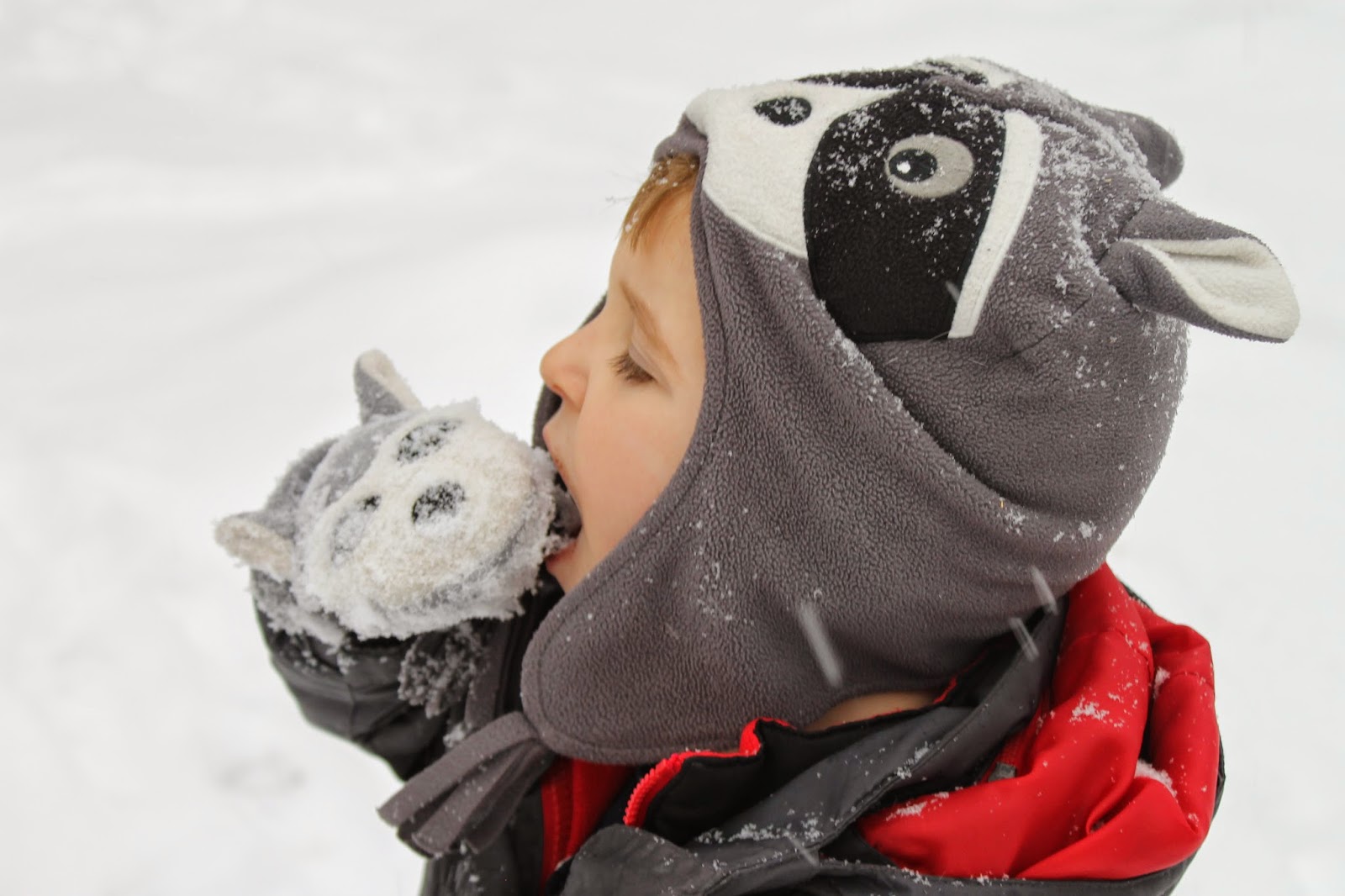 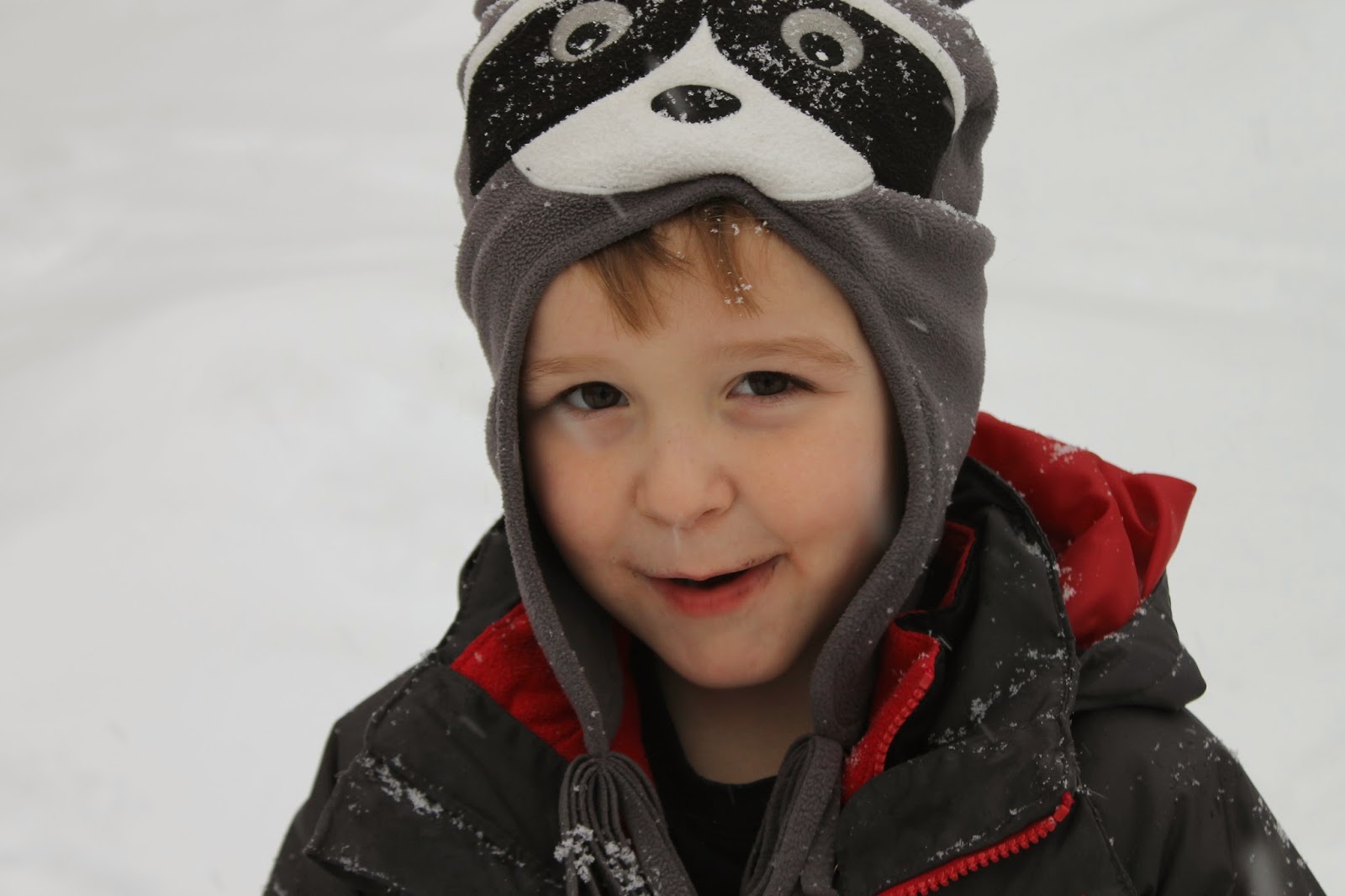 We kept busy with our usual activities, and of course Valentine's Day was a fun day. We stayed home, and Andy had to go out and work through much of it, but we had some special meals, treats, and activities throughout the day. Philip had fun making Valentine's and so he continued to make them throughout the month. For his best buddies (girls) across the street, he gave a special gift of a bag of rocks and two Dum Dums. He's gonna be a heartbreaker some day, I tell you! 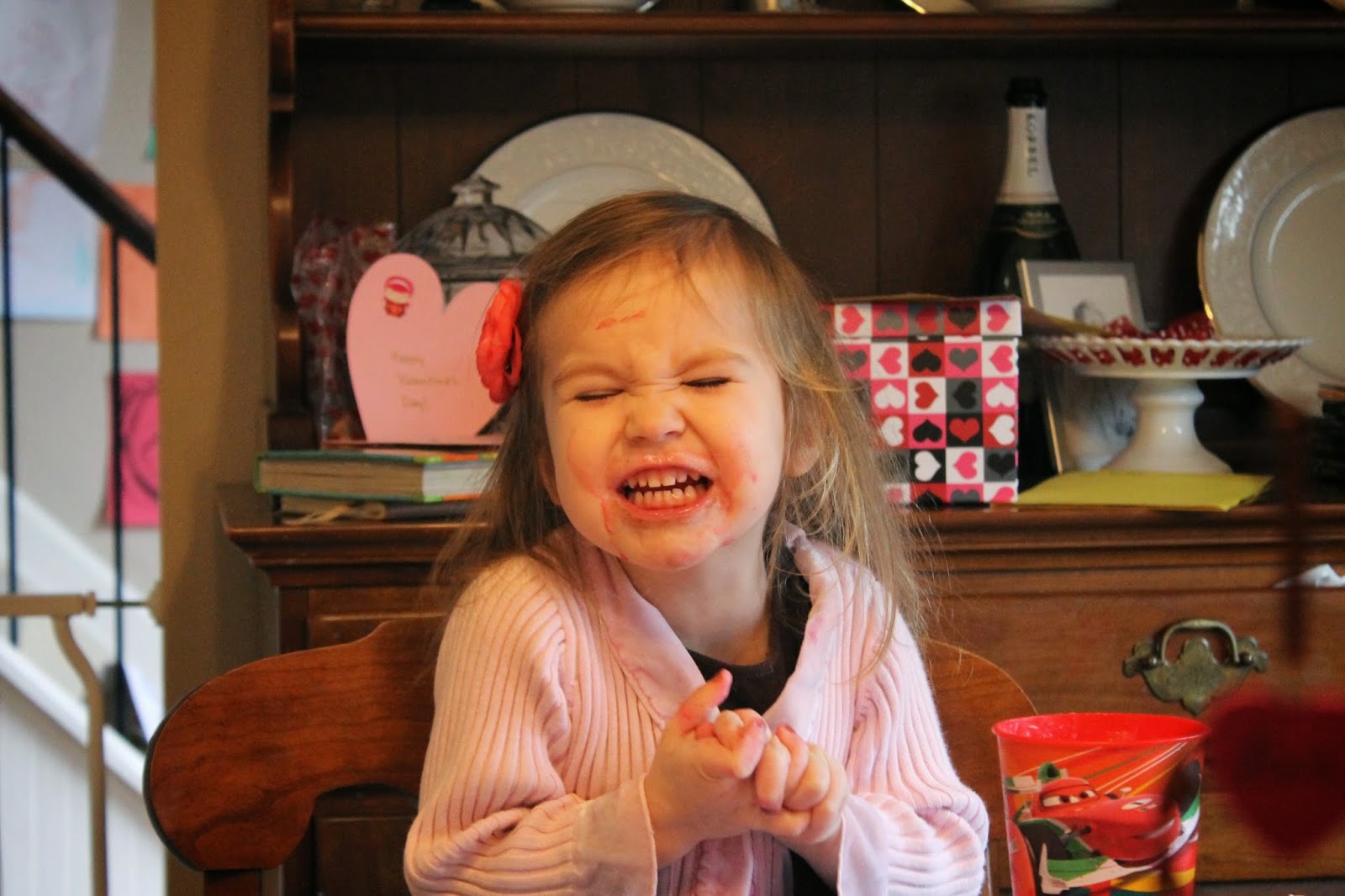 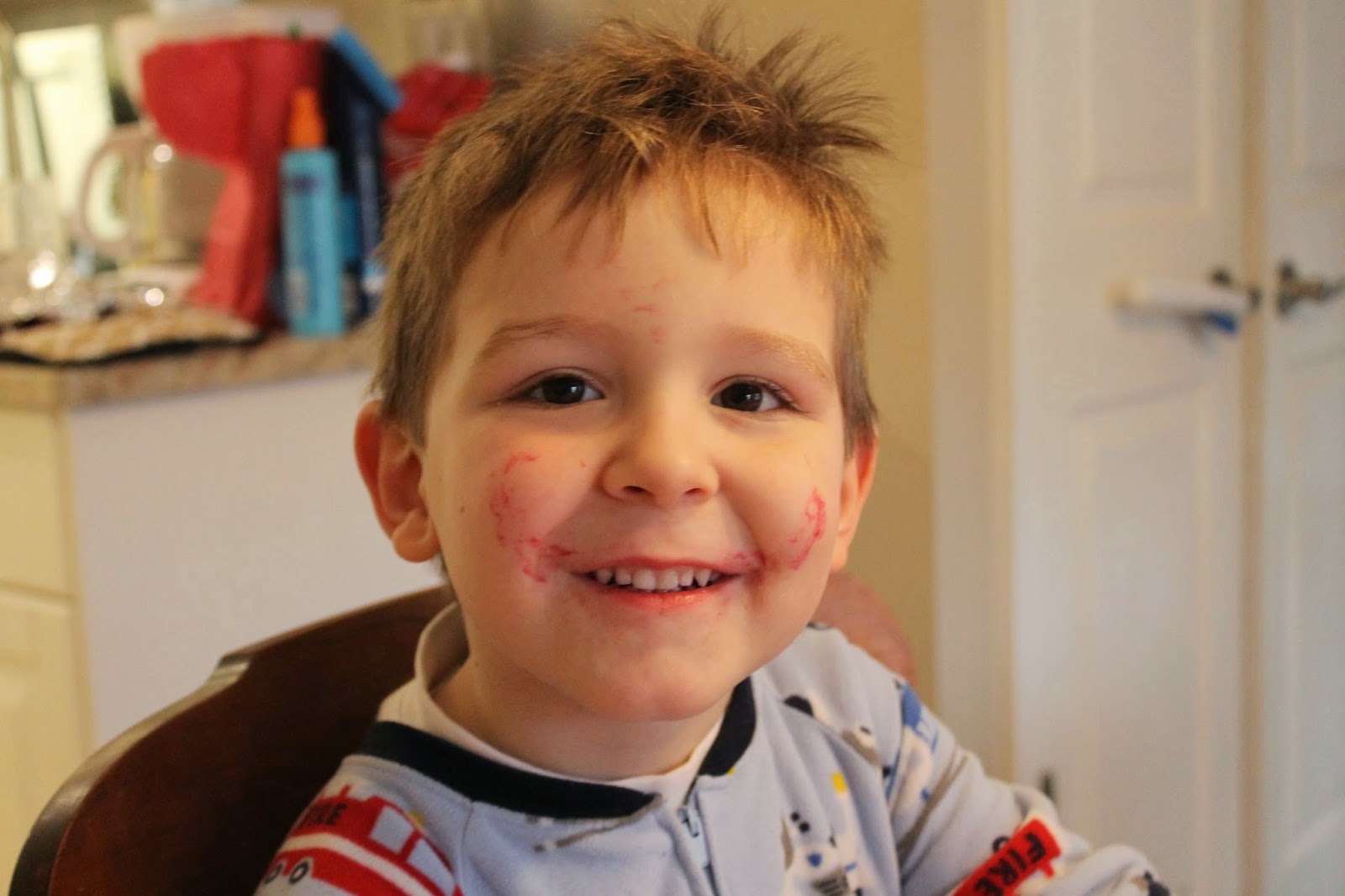 Andy had a trip to Seattle where he gave about four days worth of talks and presentations. He had a great experience and loved being back in Seattle where his family is originally from. He was able to visit his Uncle and catch up with some other friends and acquaintances in between events. Though it went a great trip, we were certainly happy to have that major event over and done with! 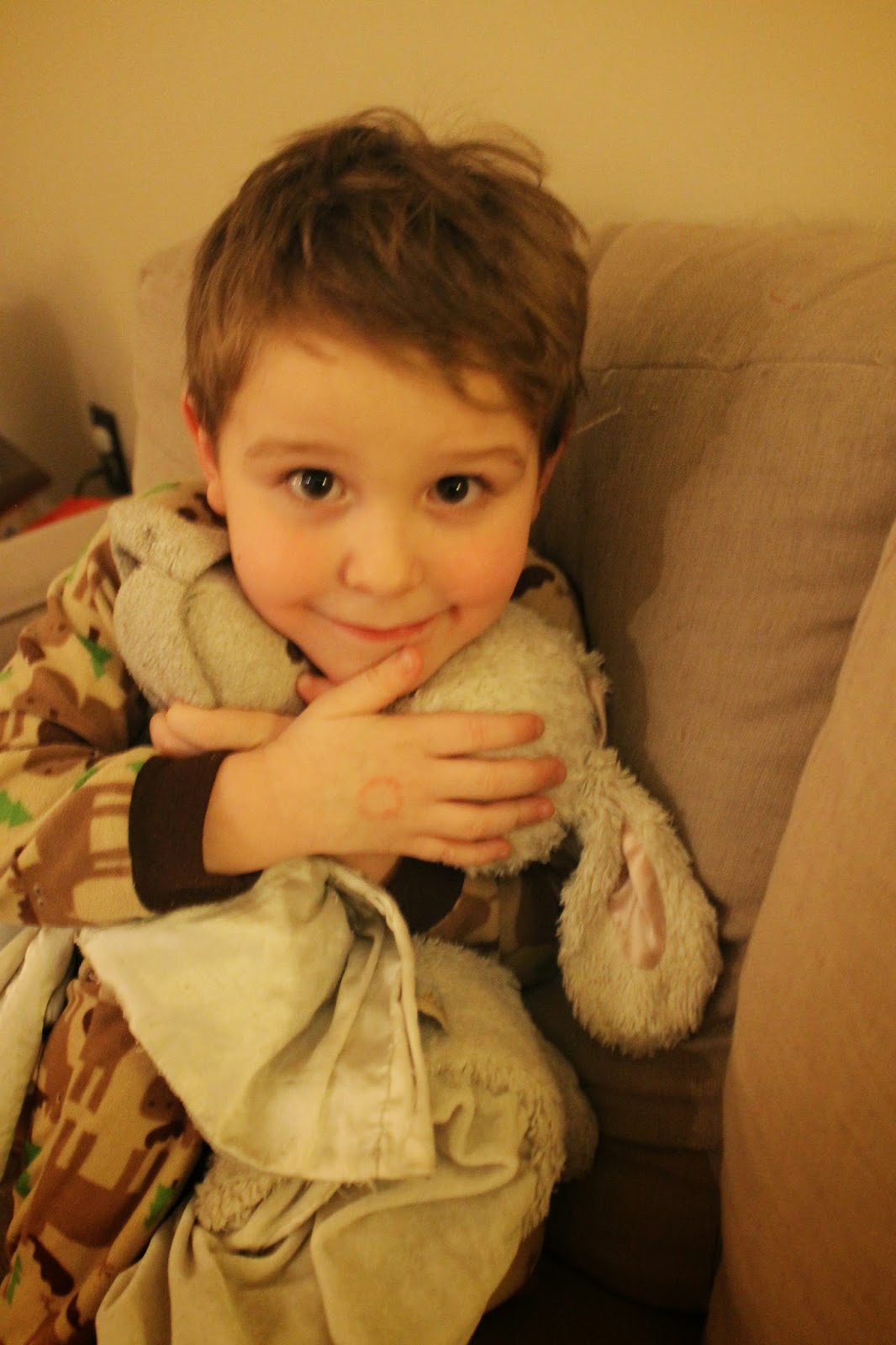 Andy's parents were nice enough to come up for a visit while Andy was in Seattle (and stayed a bit before and after, too). We had a great time together! I enjoyed the adult company, the kids had fun playing games and reading stories with their Grandparents, and I enjoyed the benefit of having a cook, a dishwasher, and a handyman full-time in our home! The most eagerly anticipated event of their trip was the party the kids were going to have with their Grandparents while Andy and I went out on a date. Grandma talked it up for a week and let the kids pick the menu. On the way home from school, Philip asked if they could decorate for the party, and so we spent the rest of the day hanging up balloons and birthday banners, and handing out invitations to everyone in the family. Andy and I had a wonderful dinner at a new-to-us restaurant in Annapolis. The kids had pizza and ice cream cones (with candles on top) and then got to watch the Octonauts while eating popcorn before bed! They went straight to sleep without any stories after that, so Grandma and Grandpa must have really tuckered them out! 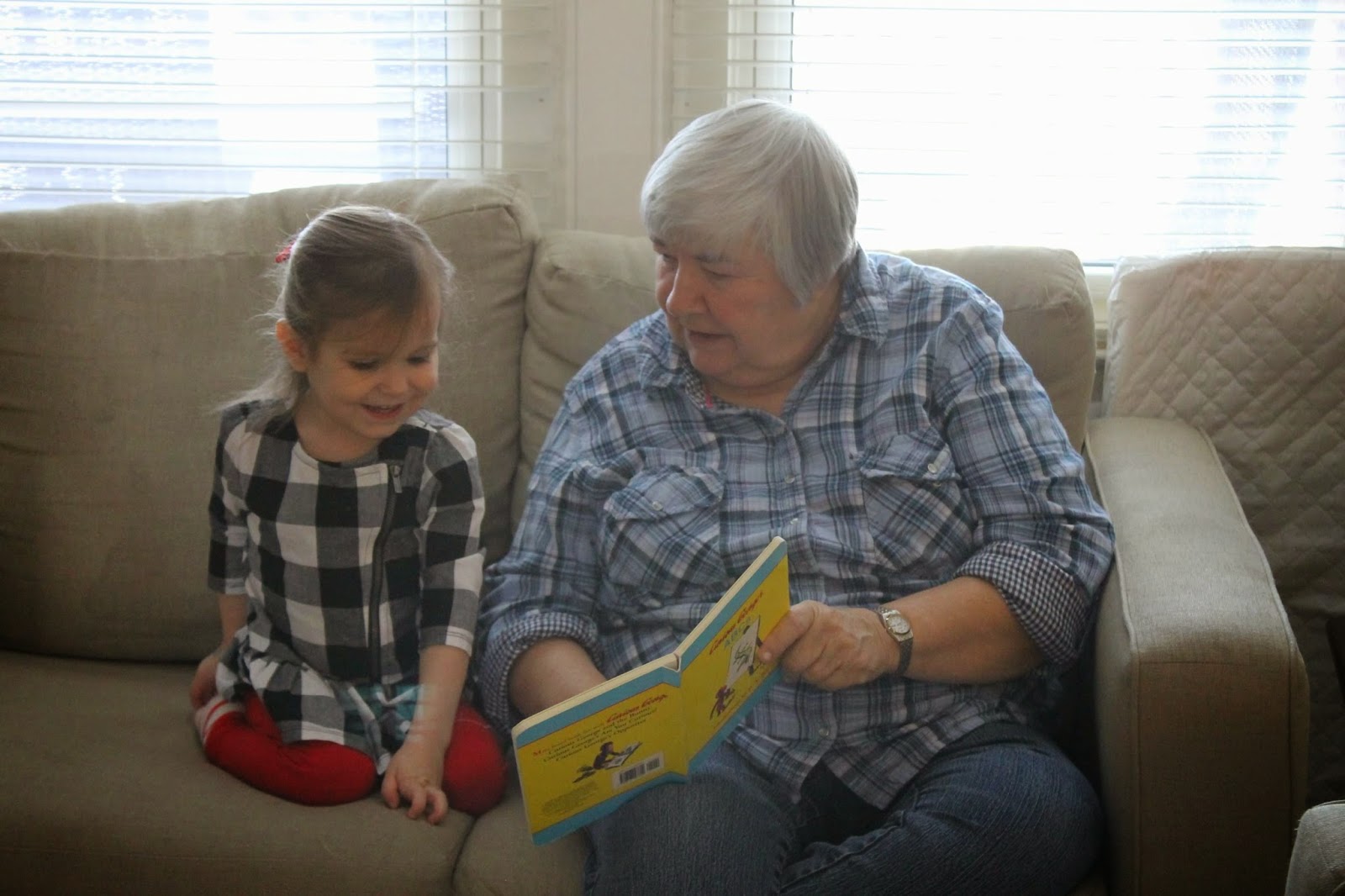 One night at the end of the month, I told Julia her hair was getting long and she would need to get it cut soon. She surprised us all the next morning by letting us know that she wanted to get her hair cut that day and that we were all to go with her. She was very brave and did a great job sitting in the chair and doing what the hairdresser asked of her. She had a very serious face the whole time and was certainly ready for it to be finished towards the end. The end result was so cute and it is so easy to pull back with just a little a clip now that doesn't fall out immediately! I have many cute pictures from this milestone event, but I'll just subject you to six! 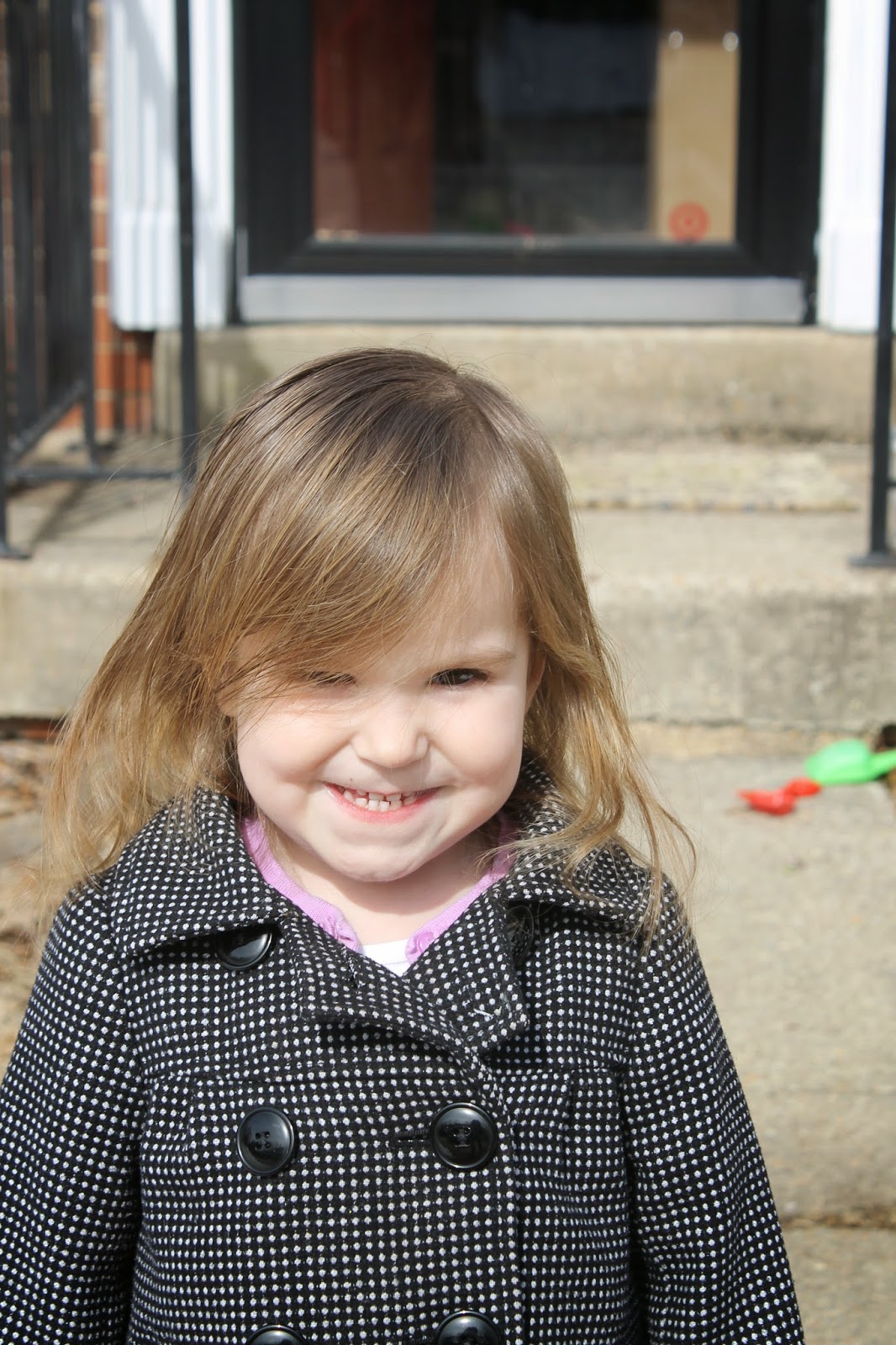 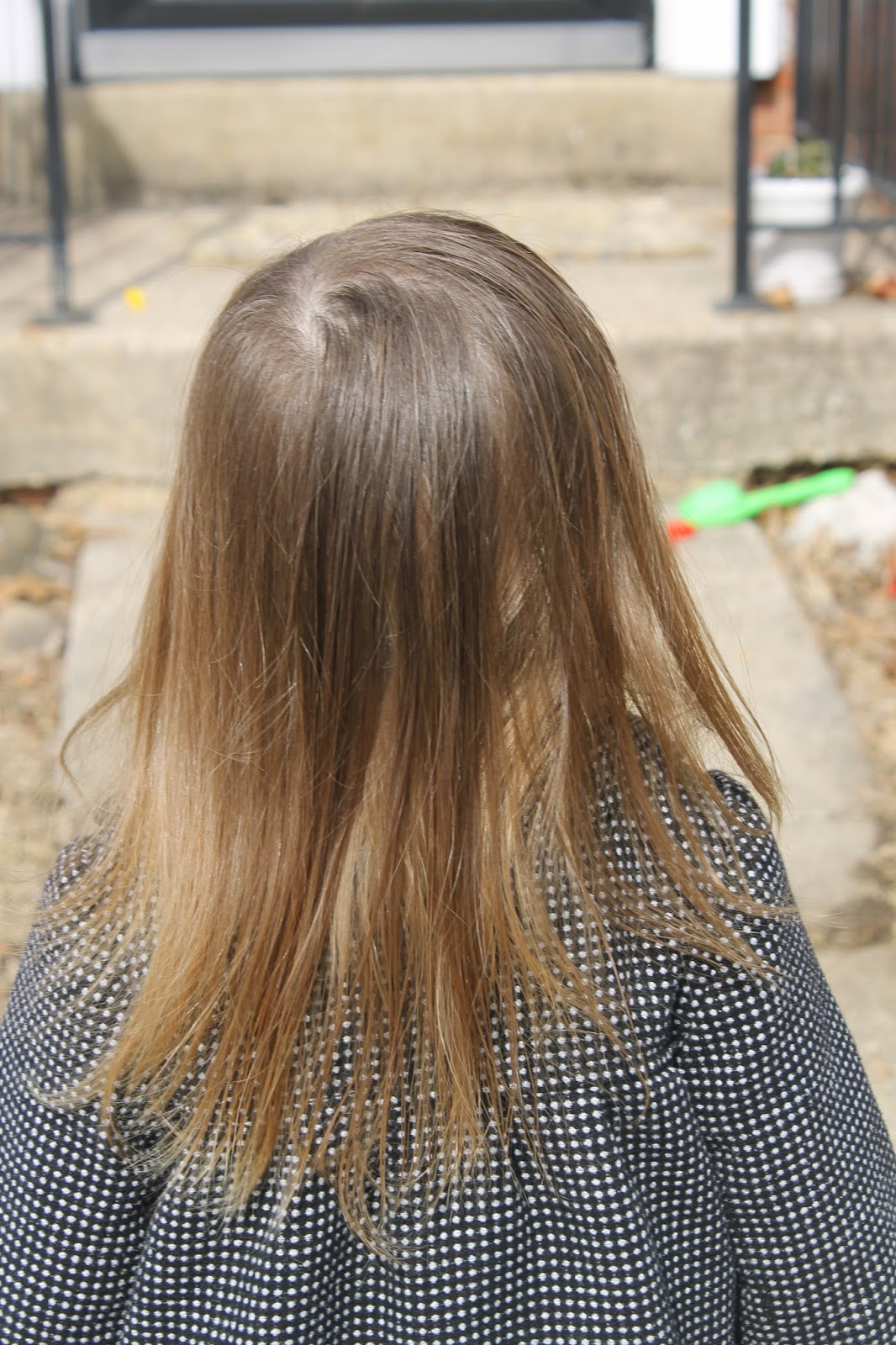 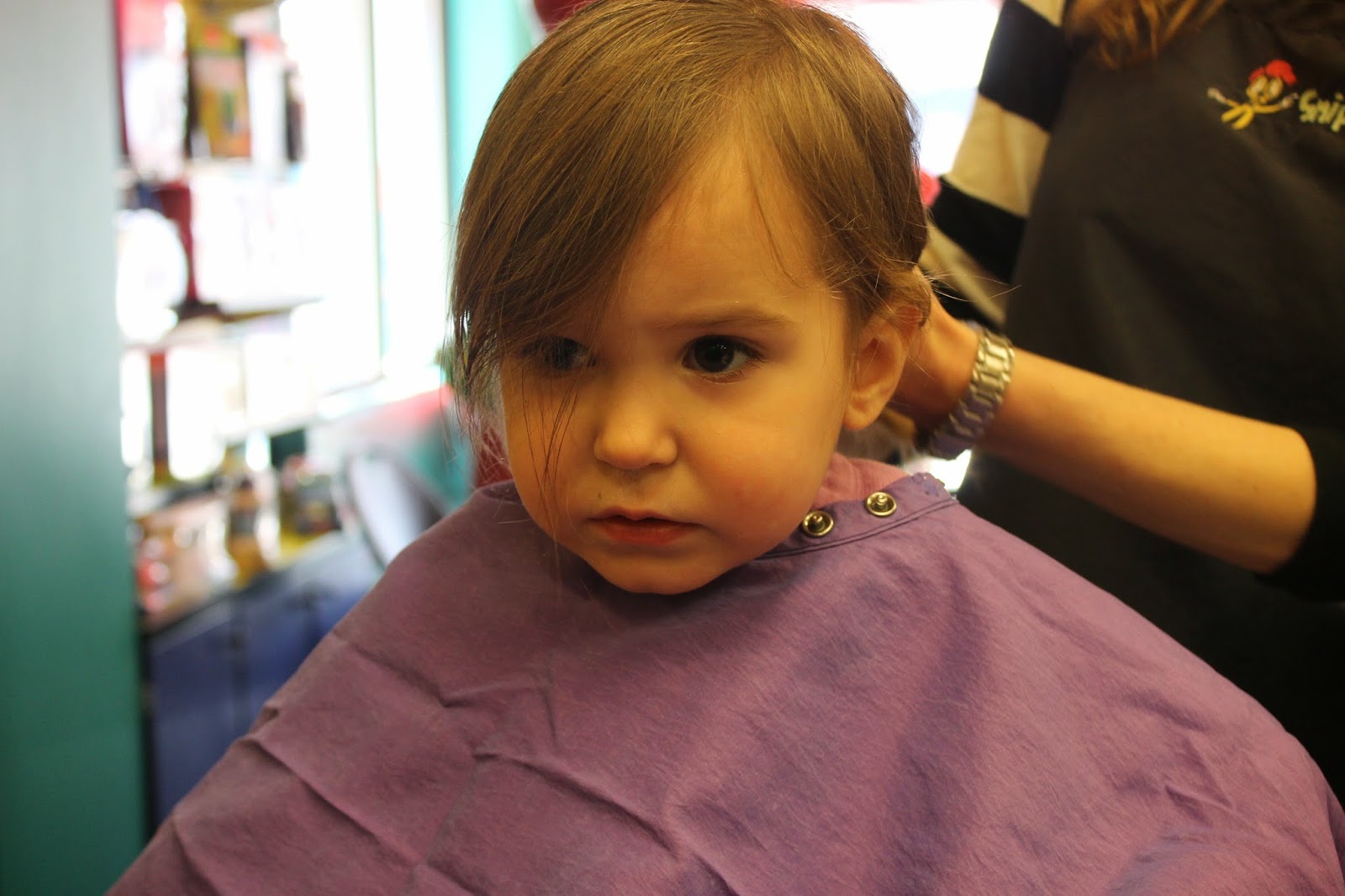 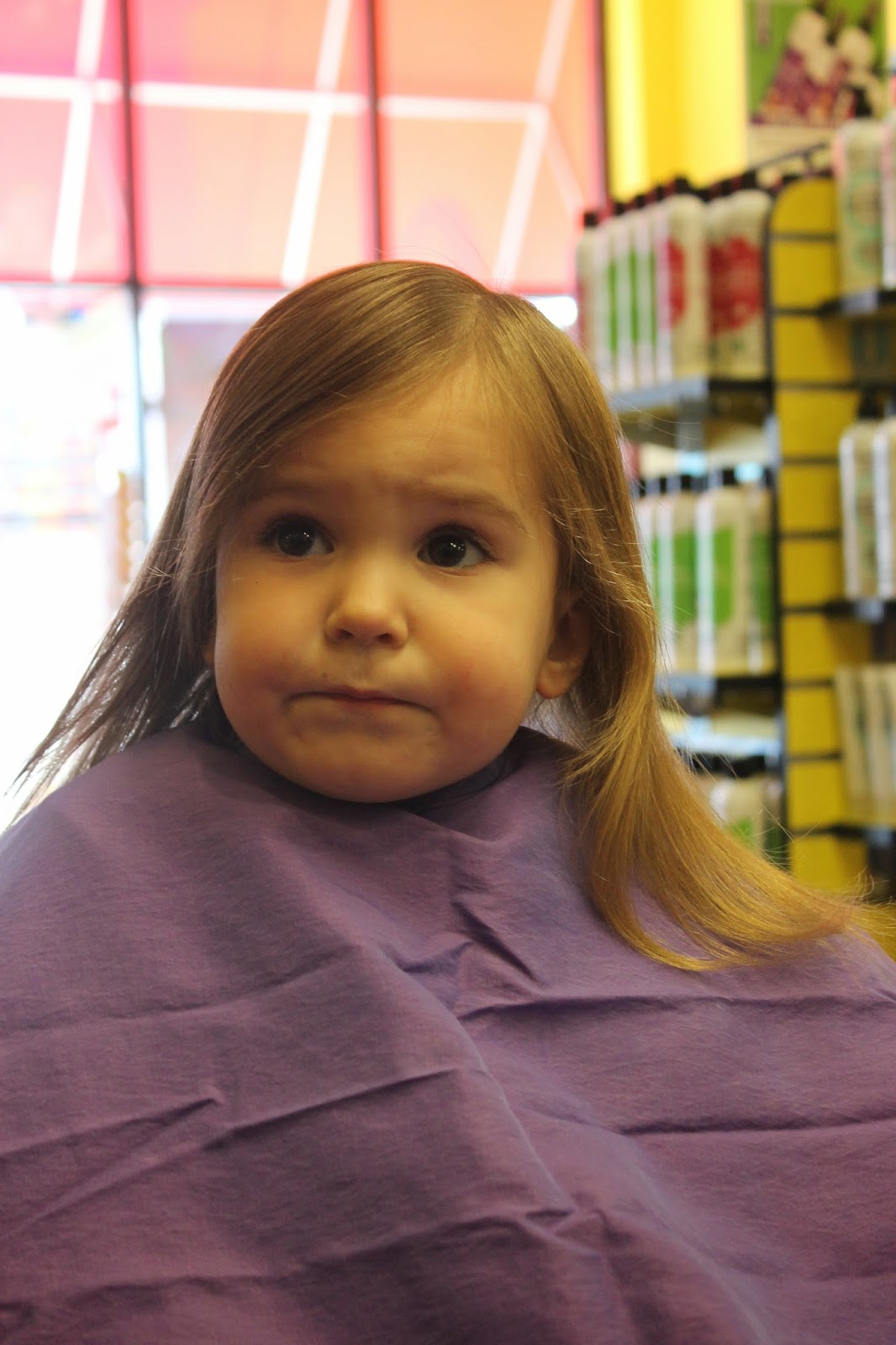 Doesn't she look like such a little baby in these pics? 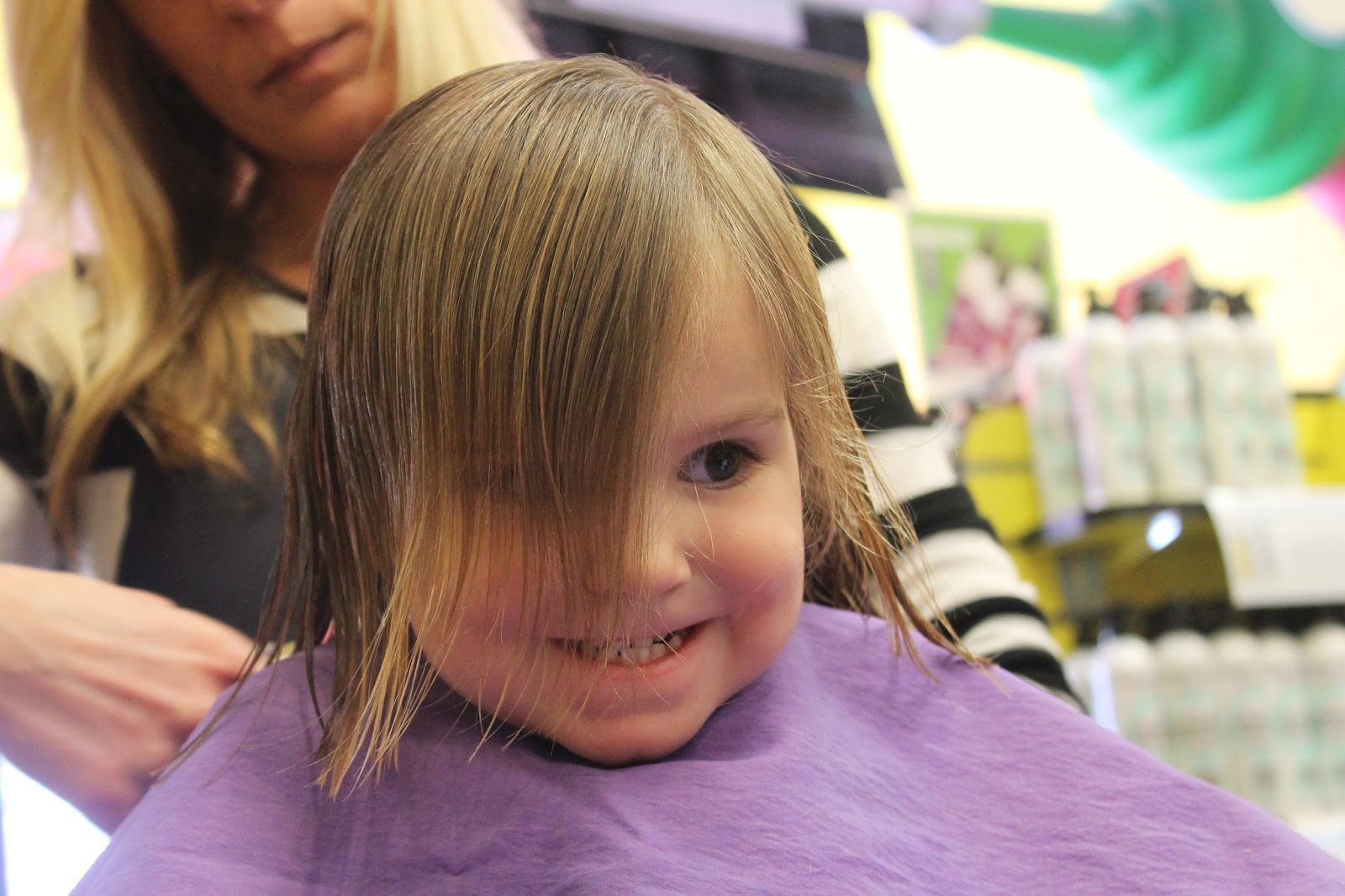 Her only smile during the haircut 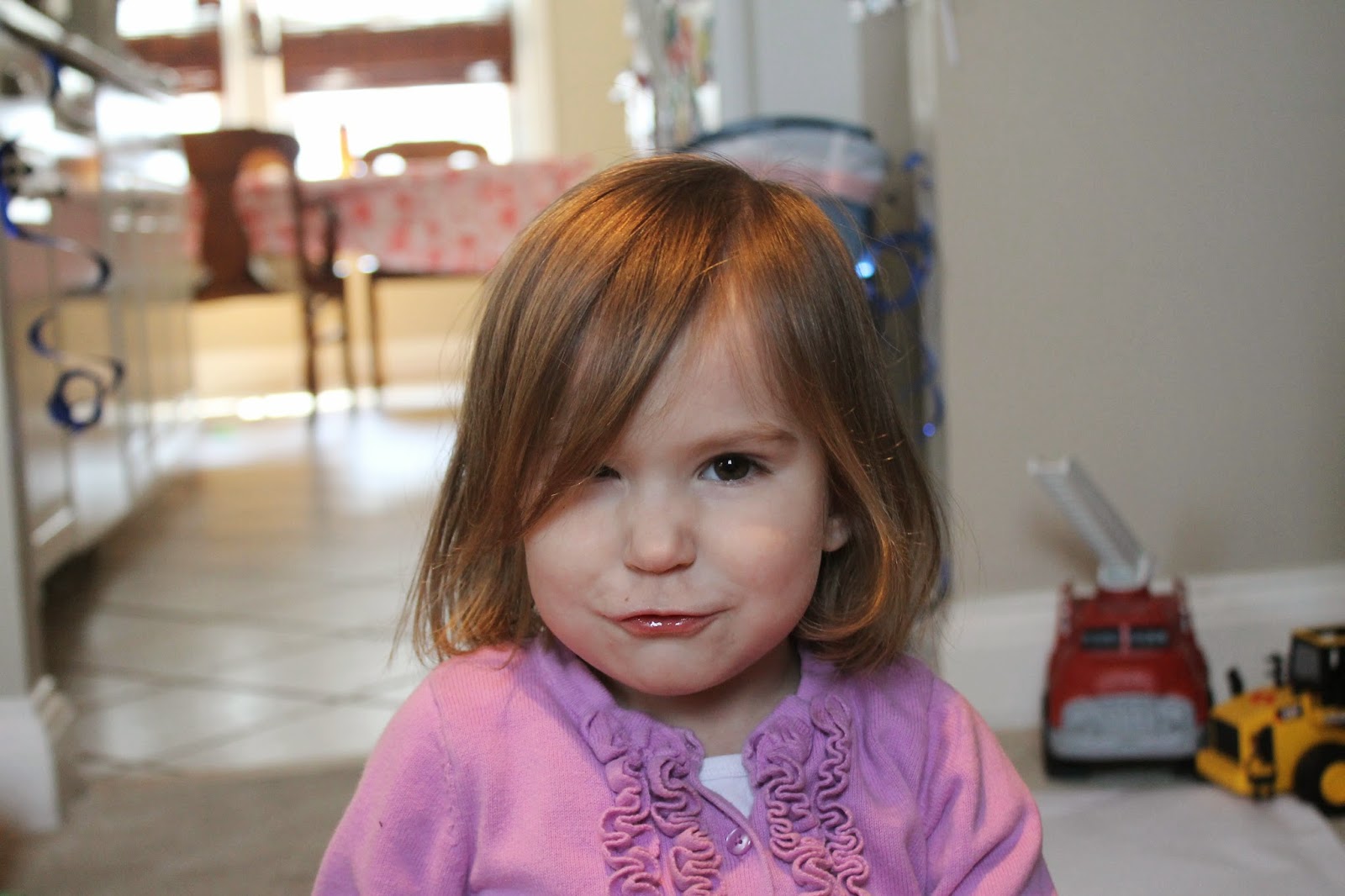 After - look at that self-confidence!

In kid news, Philip continues to do well in school and is making progress in his alphabet and other skills. He loves to play games and seems to be naturally good at them. Good luck beating him at Memory! I am starting to find out that he has no memories of things that happened, or even things he liked (favorite toys, shows, songs, etc.) from a couple years ago. It seems like it was just yesterday that many of these things took place, so it is crazy to think that he has already forgotten them! 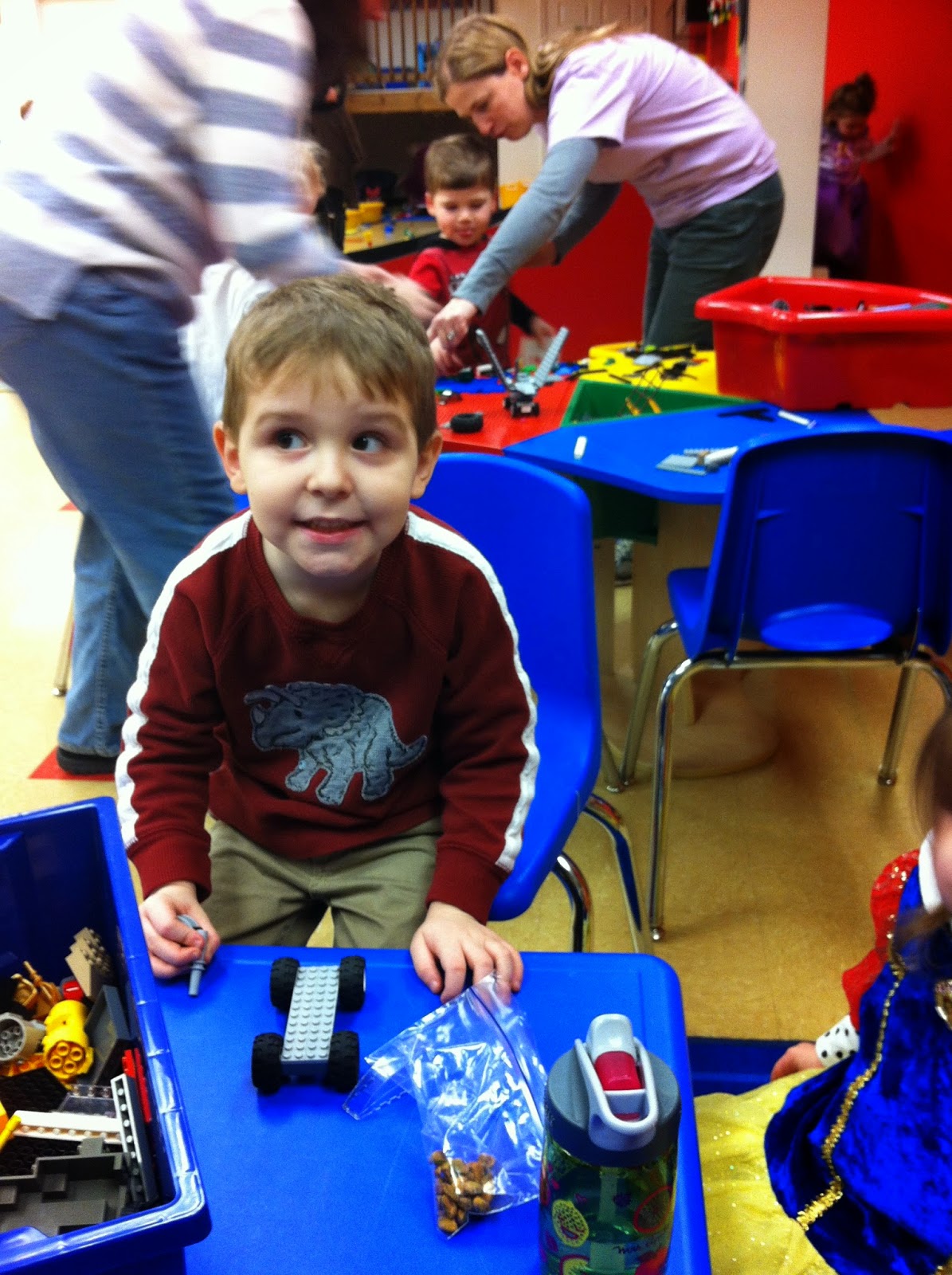 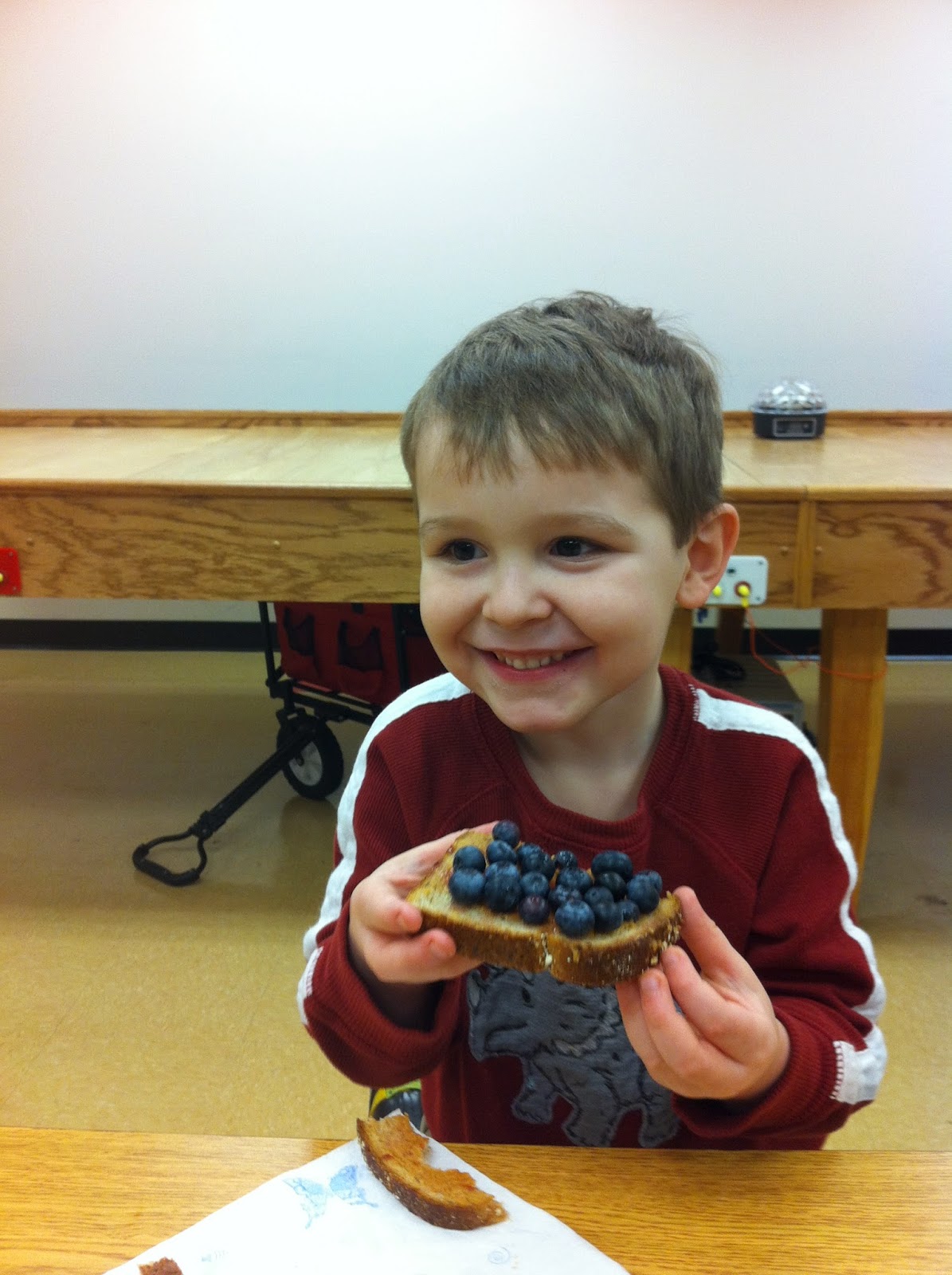 Blueberry sandwich!
Little Miss, "I can do it myself!" is continuing to progress in her independence. She wants to get dressed the moment she wakes up. After I went out for a mani-pedi Mom's Night Out, she wanted to have her nails done as well, and we have probably painted them at least four times since! She hates it when I am not paying complete attention to her. When she starts talking, if I am listening to someone else (who was talking first), she will yell and scream, "I was talking to you!" This was especially difficult during Grandma and Grandpa's visit because not only was her attention divided with her brother, but with two other people as well. She was pretty extremely short-tempered that week! 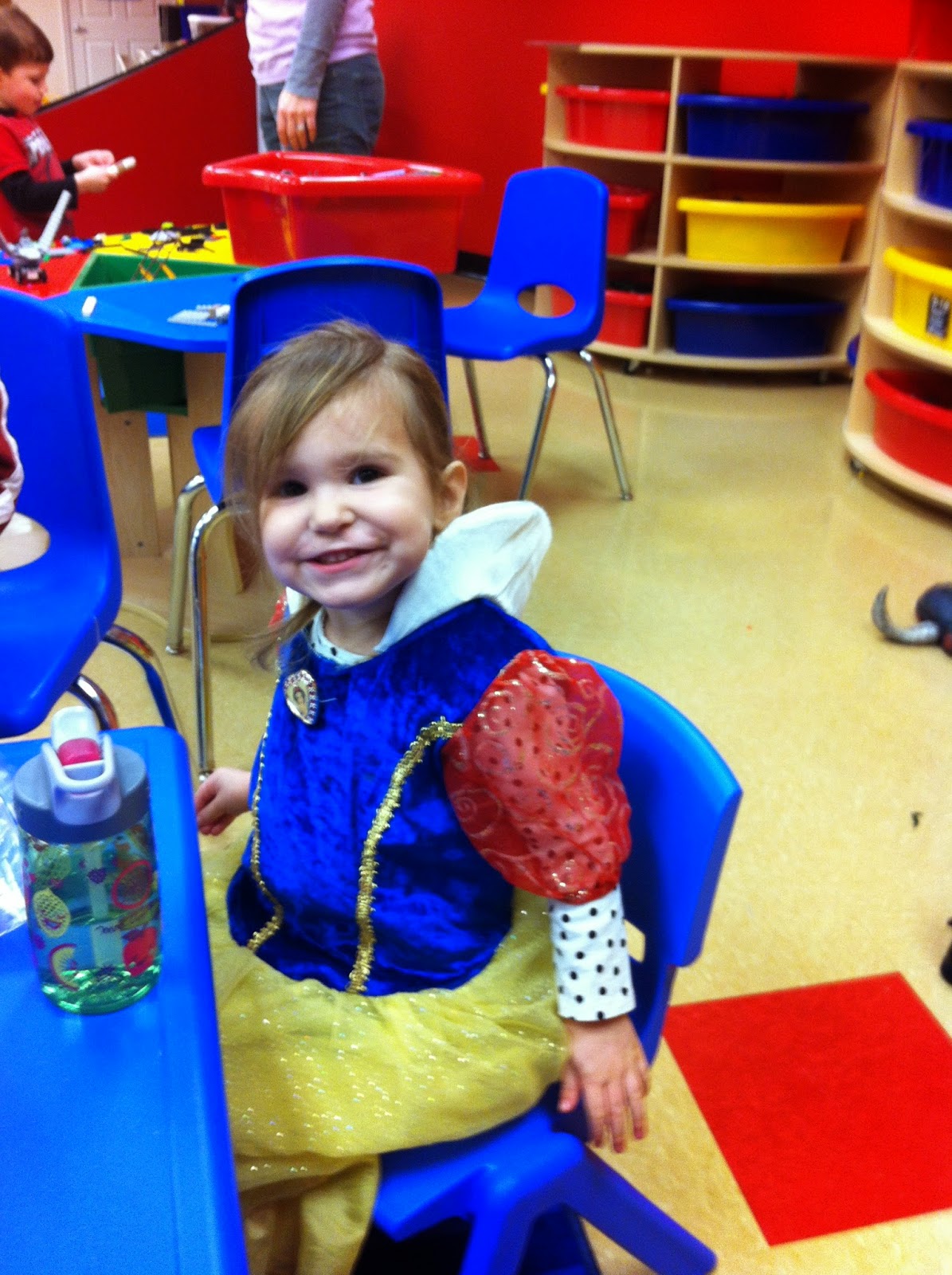 February was a fun month, but we are looking forward to longer days and warmer weather ahead!
Posted by Joy Complete at 2:22 PM