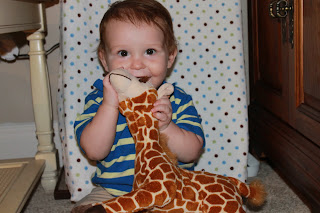 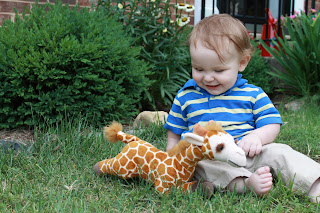 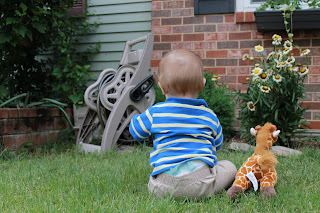 It has been another exciting month.  Philip learned how to throw things. He loves to toss his things around and hopes that we will pick them up for him!  He also started to play with several toys appropriately (putting cars in their race track, hitting the nails in his toolbox with a hammer, putting jungle animals in their treehouse, etc.).  I noticed that a few times he handed me toys - not sure if he was purposely trying to share, or if it was a fluke, but this was something new! 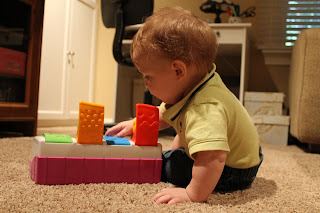 He is starting to take his first assisted steps.  He began cruising (taking steps while holding onto furniture).  He also uses a little walker and can get across the room with it as long as we are making sure the wheels don't move too fast. 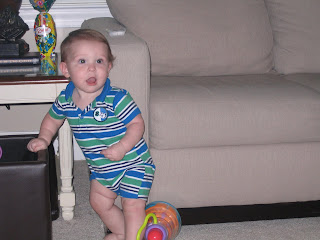 One big discovery he made was how to open cabinets.  We need to get to work baby-proofing!  So far we only have locks on two cabinets! 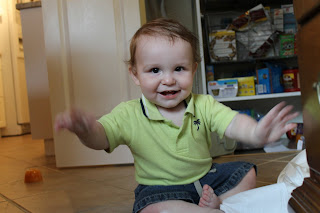 He crawls over as fast as he can when he hears our pantry door open.
He has a blast checking out all the goodies!

He got his seventh tooth and he is eating three meals a day.  We introduced him to Cheerios and of course he loves them.  Unfortunately, he started to move backwards in the eating department.  Although has a good appetite, he has decided that he only wants to eat fruit and carbs.  While he used to try some vegetables, cheese, beans, and meat, now he pretty much avoids them when they are on his platter and he grumbles loudly when that is all he finds to eat.  (Last week we noticed him trying to hide his vegetables from us - it starts so early!) 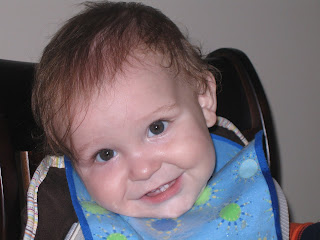 He started saying Mama and when my father came to town he started growling a lot!  He was especially growling when he was playing with my Dad's watch.  Guess he wanted to warn us not to try to take it from him. 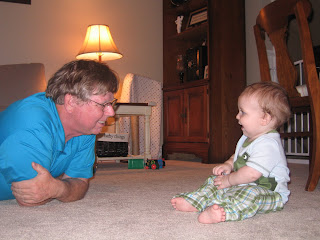 Andy and I also noticed that he has gotten a really strong hug this month.  When we pick him up, he wraps his arms around our neck and holds on tight.  It is hard to explain, but he is definitely hugging harder this month! 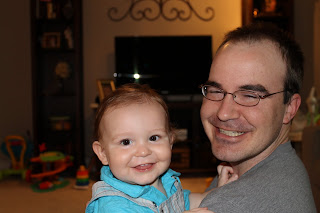 I can't believe we will be celebrating his first birthday next month!  Time flies when you are having fun!

As always, here are some of our favorite shots from the past month. 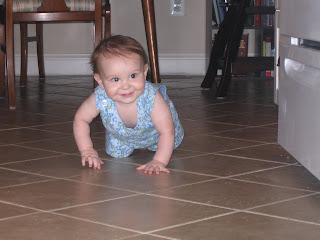 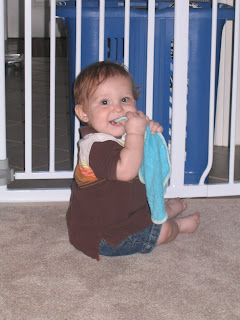 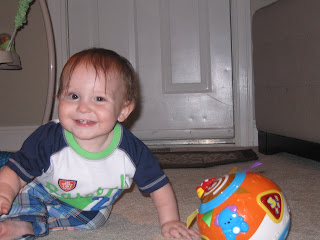 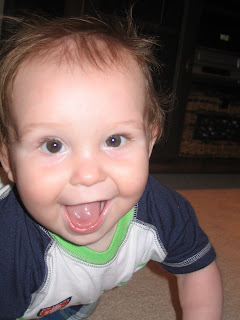 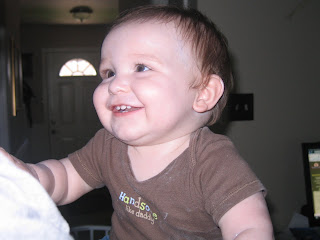 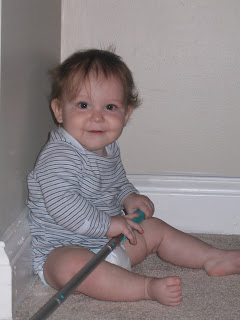 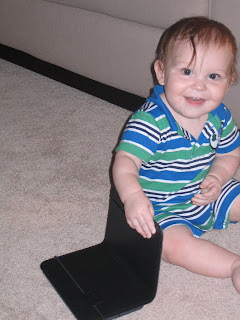 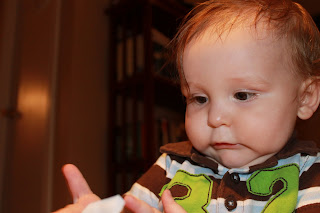 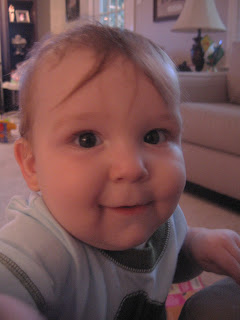 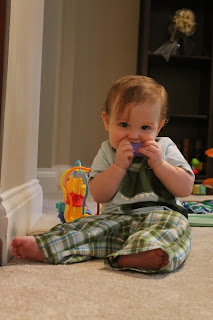