Philip has taken very well to being one year old.  He is developing by leaps and bounds as usual. 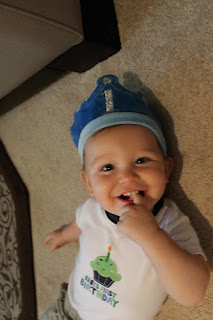 The big news is that he started walking this month.  He usually only takes a handful of steps at one time, but he is definitely improving each day.  All of his walking and crawling is leading to him slimming down.  Boo hoo!  It is sad to see his little belly and thighs thinning out. He used to have no problems holding up his pajama bottoms, but now I notice him losing his pants quite often! 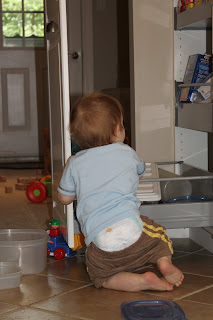 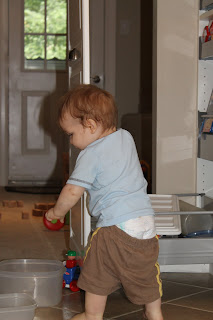 He is becoming a very organized little boy.  A favorite activity is to pick up objects, place them somewhere new, return them to their original location, then repeat.  This is actually a great stage as he tends to clean up after himself! 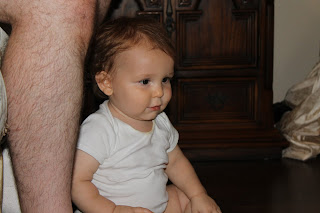 Herbie is having a good time with his little buddy.  He baits him along, then runs out of reach when Philip crawls after him.  He is very gentle with Philip and understanding if he gets his hair or tail pulled, or even if he gets tackled occasionally!  One new development in Herbie's world is that he finally got up the courage to jump over the baby gate.  When I first ordered the gates, I didn't even think about the fact that the cat may not be able to get through them.  Afterwards I happened upon these gates and thought they were hilarious! 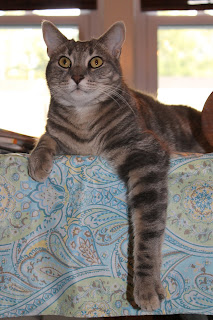 Philip finally got his eighth tooth this month.  We've been waiting on it for a couple months.  Every time he had a bad day, or slept poorly at night, I would tell Andy that I thought the new tooth was coming in.  So after lots of failed predictions, on the day his tooth finally broke, I didn't even bother to check his mouth until the evening, even though he was being exceptionally cranky.  Poor baby must have been in lots of pain to be so cranky! 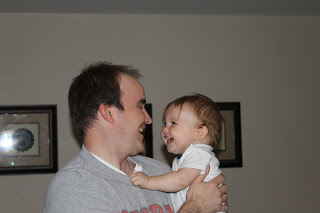 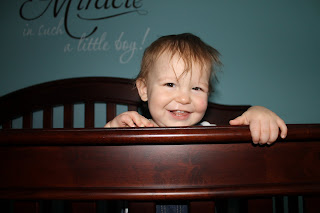 He is starting to share things now, especially food.  One unfortunate new skill is that he started throwing his food.  Now I'm not pointing fingers at anyone, but this did start just after a certain food-throwing little girl visited my house. 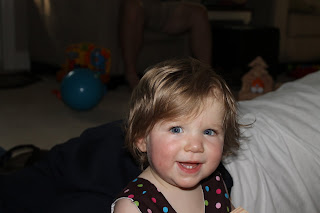 I thought we nipped it in the bud the first week, but after a brief period of peace, the food-throwing has returned this week. 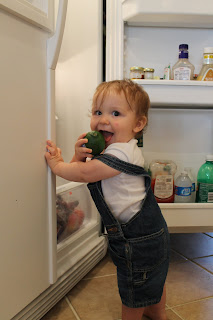 My little guy is turning into a climber.  This is not necessarily a good thing!  At least he is keeping me on my toes.  It has been another exciting month for us! 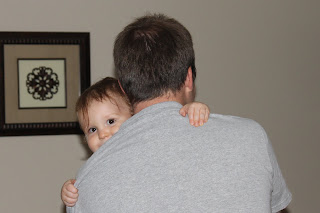