Here are some of the things Philip has said and done recently that made us laugh. Hope you enjoy them too!

He takes what we say quite literally.  A phone message Andy received recently:

The other night as some friends were leaving our house Andy and Philip were at the door seeing them off.
Andy: Say "Bye Addison," really loud.
Philip: Bye Addison really loud! 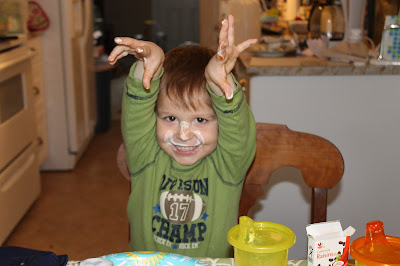 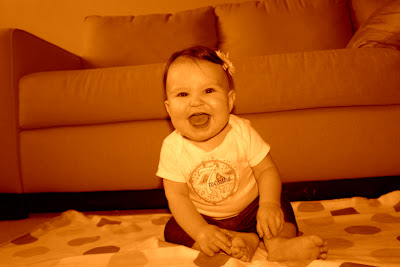 Orange Julia
Randomly throughout the day Philip will call out "Oh dragons!"

If Julia reaches out to touch him, Philip will pull away and say, "This is me."

One day last month I kept hearing him say "six months old" (Julia's age at the time). We had been out a lot that day so I guess he heard me say that a few times. Later that day I asked, "Philip, what is your last name?" He replied, "Six months old." 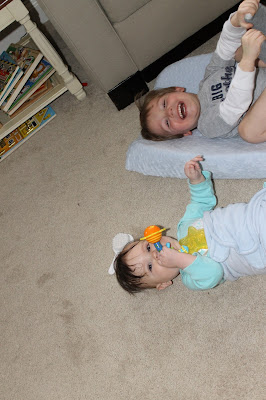 He also started learning possessive vocabulary.  He will often ask, "Where is my Daddy?" "Where is my Herbie?"

Anytime we tell him he needs to do something that he doesn't want to, he will tell us, "Maybe Sunday." I'm pretty sure he means someday, but it always comes out sounding just like Sunday.  "Philip, it's time to change your diaper." "Maybe Sunday."

One afternoon he kept asking me for more and I had no idea what he wanted more of.  After repeatedly asking him what he wanted, he responded, "I want more more! Oh, more more - total toddler!

When we go out and about if he drops a piece of a snack on the ground and we are outside I tell him that the birds or squirrels will come and eat it.  We went grocery shopping one week and he apparently dropped a snack on the ground.  I looked around and didn't see anything, so I moved on.  He said, "Birdies, squirrels eat it?" I assured him they would.  A few minutes later I was putting the groceries on the belt when I looked up to see Philip throwing his snacks on the ground and calling out, "Birds!"

One morning, I came downstairs where Philip and Andy were playing. "Whew, what a day!" said Philip.  I'm guessing he got that one from his Daddy! 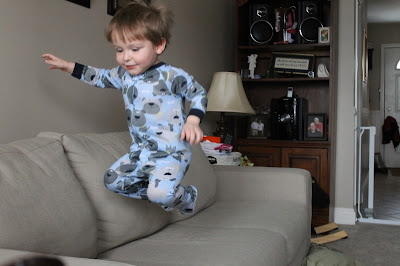 One day he had a dirty diaper so I asked him to lay down on the changing pad.  He laid in the middle of the floor instead.  I asked, "You aren't listening are you?" He replied, "No, I no listen!" Ain't that the truth! 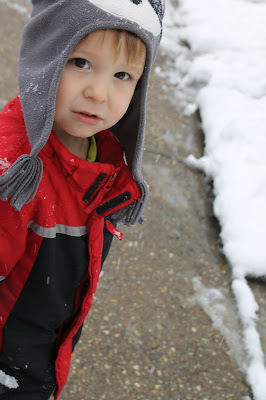